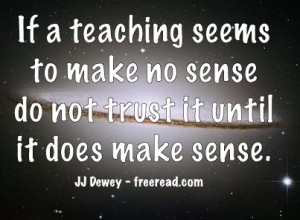 We’ll end this book with a look at the basic principles incorporated in the passing age of Pisces and the new age of Aquarius.

First we’ll look at the guiding principle of Pisces, which is sacrifice.

When we look back at the more than 2000 years of Pisces we see the common thread of sacrifice manifesting many times. The Keynote was set in place by Jesus with his great sacrifice on the cross.

After this many of his disciples, inspired by his example, sacrificed their lives and fortunes.

Then, after the churches obtained a foothold the people were encouraged to sacrifice e all the wealth possible to the church. Many of the great cathedrals were built during the Middle Ages by the sacrifice of the common people.

Then in the midst of the Piscean Age Islam was established which also demanded great sacrifice from followers.

Then in the political world there has always been some sort of tribute or tax of increasing size demanded of the people.

Indeed, the lesson to be learned in this passing age centers on sacrifice, but has the appropriate lesson be assimilated? To understand we must look at the principle which is this:

Sacrifice is the giving up of the lower for the higher, of things that are desirable for something better.

In other words, making a sacrifice is not a lose-lose situation. Instead it is one of lose-win with the win being greater than the loss.

There is no such thing as giving and getting nothing in return. There is always a return, but not always in kind.

As with all principles there are two ways that it can manifest: One is in reality and the other in illusion. In both situations the person is hoping for a greater benefit than the required sacrifice, but only in the first is the full benefit possible.

Here are some examples of the two sacrifices.

(1) Giving money and time to religious authorities thinking you will obtain a better spot in heaven.

(2) Supporting higher taxes thinking your money will be spent efficiently

(3) Giving your life in a suicide bombing thinking God will give you a hero’s welcome after death.

(4) Sacrificing your virgin child to the Gods so your people will have good crops.

(1) Sacrificing money and time to a sound business idea that may bring real financial rewards.

(2) Giving of your time to growing a garden in the hope of getting fresh and health produce.

(3) Spending time with your kids teaching them things they will find useful throughout life.

(4) Sacrificing time and money to learn a skill that will make your life much more rewarding.

The very act of sacrifice, even in illusion, teaches the seeker discipline that he will find very useful after his eyes are open. During this path of learning then even sacrifice for a bad cause has its benefits as it is a part of the divine school that prepares us for later rewards.

During the past 2000+ years of the Piscean Age we seemed to have been centered on the sacrifice of illusion and our main lesson has been learning what not to do.

We are finally absorbing the idea that not all that which appears to be worthy of sacrifice is beneficial as advertised. We are learning not to give of our substance to one who merely claims to be Gods representative. We are learning that some type of “service” or benefit should be returned to us – not in some distant heaven, but right here upon the earth.

Many of the churches are still caught in the Piscean mindset on sacrifice, but every day more and more people are breaking away and refusing to donate or sacrifice unless there is understanding behind it and a good seen on the horizon.

The true principle behind sacrifice is much different than dreamed of in religious philosophy.

Instead of a giving up with no thought of return it is really a payment. To understand we must look at the reason we work.

We work in order to create or obtain a thing of beauty, a product or a desired goal beneficial to the individual or group.

Sometimes that work is a strenuous effort that we would just as soon not do, but because the end goal is seen we continue. The work is thus the sacrifice, but it is a sacrifice of joy because the end is in view. If there were no desirable end true sacrifice would not be made.

True sacrifice has its beginnings in the family unit where the parents work on behalf of their children so they can have a better life than they themselves have had. In the process of this work they will also benefit themselves as well as have joy in the achievements of their children.

The ministers, teachers and gurus are constantly demanding money time and energy from their followers and only giving illusion in return. True sacrifice occurs when you give up something on one level to obtain a greater good on another level. Through corrupt sacrifice, you give up something of value to a representative of the beast and only receive false images in return.

Jesus demanded sacrifice, even unto death, but He offered the reward of real soul contact and the lifting of much negative karma for the disciples.

The authorities of the beast today want everything from us and give us nothing real in return. Sacrificing everything for nothing is a sin against all that is holy if there ever was one.

Sometimes the only benefit is the discipline that becomes a part of our character.

Now we are entering the Aquarian Age the sacrifices made in illusion must be seen for what they are and be replaced with sacrifice in reality. We must keep the good from the passing age and press forward in learning the new.

Our attention must now shift from the keynote of sacrifice to service, the key principle for the Aquarian Age.

I think that the good and the great are only separated by the willingness to sacrifice.