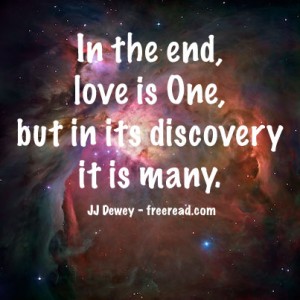 We hear a lot about inclusion these days. There are a lot of spiritually minded people telling us how important it is. Then there are numerous politicians jumping on the bandwagon preaching it with the zeal of a revivalist preacher. Both groups are telling us that we are not inclusive enough that we need to open our hearts and doors and let all in who are selected as worthy by themselves.

The problem with these advocates is that they never define the principle so we have some guideline about what is the right or wrong approach.

Let us take illegal immigration, for example. An astonishing number are telling us that we should accept with open arms and take care of all who cross the border, that immigration laws should just be ignored. If we do not agree with them we risk being accused of being a racist and bigot.

So is this what is meant by inclusiveness – that we should accept all who encroach upon us no matter what the results would be?

In examining this principle the first thing we need to realize is that this and many other principles cannot be understood using a black and white approach. To be inclusive requires a degree of judgment and discernment. Obviously one needs to exclude some things in some circumstances.

Let us use the Law of Correspondences and relate immigration to a family home. For U.S. citizens the United States is our larger home, but in the microcosm the property we live in is our home also.

Now you may have a relative or friend call now and then asking if they can crash a few days. It may be an inconvenience but you accept them and figure you are being inclusive.

If one really wanted to be inclusive he could take in a few homeless people. The trouble is that even if one was willing he would be nervous about doing it since the homeless guy could be on drugs and dangerous.

Then a couple days later word spreads about his good nature and three more homeless show up on his doorstep with a very sad story. Billy Bob reluctantly lets them in, thinking it is good to be inclusive.

Should our nation take the Billy Bob approach with refugees and illegals?

Did Billy Bob practice the principle of inclusion and does our country if it uses no judgment as to who may enter?

So what then is the true principle and how do we practice it?

Inclusiveness is a state of mind where one sees all people as brothers and sisters and looks beyond race, religion, beauty, age, intelligence, social standing, education, wealth and all other differences to similarities in the struggle of life. The inclusive one tries to follow the Golden Rule and attempts to see himself living in the shoes of another and what his needs are.

The inclusive one asks himself this: “If I were in need, of a different race or social standing how would I desire one such as myself to treat them?”

The inclusive one will be friendly or at least civil to all people, even those who are unfriendly to him.

The inclusive one recognizes his limitations. He gives and helps the world as he is able but he includes himself as one that also has needs to be met. He meets his own needs so he can be a better stronger world servant and make his inclusiveness count.

The inclusive one uses discernment as sees the difference between:

(2) Being friendly and becoming friends.

(3) Accepting people for who they are and bringing them into your life.

(4) Overlooking flaws and accepting those flaws.

(5) General inclusion and allowing your space to be invaded.

The life of Jesus was a great example of true inclusiveness. He helped all classes of people to the best of his ability. But he did some excluding when good judgment required it. He picked out twelve disciples and taught them many things that were not given to the masses.

The inclusive person will try and follow this example. He will give as his circumstances will allow but will use judgment and assist those who are ready to receive and appreciate.

Come unto me, all ye that labour and are heavy laden, and I will give you rest. Take my yoke upon you, and learn of me; for I am meek and lowly in heart: and ye shall find rest unto your souls. For my yoke is easy, and my burden is light.