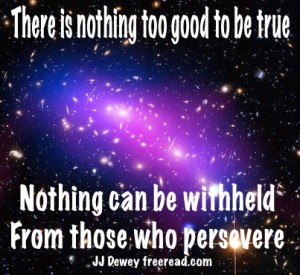 All creation begins with a trinity of relationships or triangles of energy. If we look at nature through the most powerful of microscopes we see triangular groupings from atoms on up through many forms that comprise the world as we know it.

The most famous Trinity is that used by the Christian religion to describe the Godhead which is said to be the Father, Son and Holy Ghost.

The description is somewhat confusing to those who just do not accept what they are told on faith. God is sometimes described as one yet three, and three, but one, one in three and three in one. Some skeptics just about tear their hair out after hearing the semantics and exclaim, “God is either one or three. He can’t be both at the same time.”

This conundrum is somewhat explained by Paul who tells us that God is not just three but one body with many parts. So one could explain the Trinity by stating that the highest part of the body of God is composed of three parts that are the ingredients of one whole.

The three parts of the Trinity are often called aspects for they manifest the divine energy with different characteristics.

The Father aspect relates to power and this divides itself into another Trinity of Will, Power and Purpose.

The Son aspect is related to Love and this has divisions of Love, Wisdom and Understanding.

The Holy Ghost is related to light and has sub aspects of Intelligence, Knowledge and Light.

These three major aspects with their sub aspects and rays project many triangles into the universe creating all the forms and living things we see around us.

Understanding that the Trinity or triangles with different qualities is behind the principle of creation can be very useful to us mere mortals as we go about attempting to acquire success on our own levels.

If you want to start a project find two other like-minded souls who can expand your base of talent and intelligence. Creating a triangular relationship produces a base of power not available to a single individual. This Trinity must be one in purpose as they say God is or creation may not take place. If the individuals in the group are just seeking their own interest and not that of the whole then the creation will have difficulty getting off the ground.

On the other hand, if you can find three individuals, or couples, who all seek to contribute to the good of the whole and focus in their area of talent then great success can be achieved.

“For where two or three are gathered together in my name, there am I in the midst of them.” Matt 18:20

Once you have three people gather in oneness superhuman abilities can manifest.