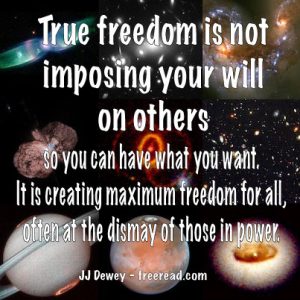 Is Jesus a Socialist?

There are many who claim that Jesus was a socialist because he advocated that the rich share their money with the poor. In other words, they make the case he was a redistributionist.

One of the problems with labeling Jesus or anyone else a socialist is that the word is used very broadly.

The problem was pointed out in the introduction of the Historical Dictionary of Socialism by Peter Lamb & J. C. Docherty – 2006

“Despite its importance in history since the early nineteenth century, socialism eludes simple definition…  As G. D. H. Cole suggested in the first volume of his monumental History of Socialist Thought (1953), the early socialists opposed the individualism that had come to dominate modern thinking and stressed that human relations had an essential social element that needed to be emphasized. Then, as now, there was no single agreed-upon definition of what socialism actually was. Variety has always been an outstanding feature of socialism. In his Dictionary of Socialism (1924), Angelo S. Rappoport listed forty definitions of socialism.”

40 different definitions! Wow. Obviously we can call anything to do with sharing or cooperation socialism if we use the right definition.  It looks like we need to fine-tune what we are talking about when we ask if Jesus was a socialist.

Those who say Jesus was a socialist are not merely saying that he admonished sharing the wealth through giving but use him to support their ideology of current day state run social programs which includes.

(2) Sharing the wealth through government programs

(3) A large percentage of the money going to administration and bureaucracies to handle the programs.

Theirs is no evidence that Jesus supported redistribution through the force of taxation. He told the people with means to give to the poor of their own free will.  If they refused he did nothing to force them but let them alone.

In the other hand if a wealthy person does not want to pay taxes to support a social program he will not be left alone but someone will come after him and force him to pay.

Let us look at a scriptural argument used to justify the government confiscating wealth and then sharing it.

One of the most popular is the story of the rich young man who came to Jesus and asked him what he needed to do to obtain eternal life. Jesus responded by telling him to keep the Ten Commandments.

To this the man responded:

“All these I have kept … What do I still lack?”

Jesus answered, “If you want to be perfect, go, sell your possessions and give to the poor, and you will have treasure in heaven. Then come, follow me.” When the young man heard this, he went away sad, because he had great wealth.

Then Jesus said to his disciples, “I tell you the truth, it is hard for a rich man to enter the kingdom of heaven.”  Matt 19:16-23 New International Version

“So there you have it,” says the aspiring socialist. “The rich are supposed to give away all their money to the poor so we are just following the teachings of Jesus in advocating sharing or redistribution of wealth.”

I find it amazing that this comparison can be made with a straight face because there is a big difference between what Jesus advocated compared to the socialists and communists of today.

Let us suppose that after the rich man talked to Jesus he went home to discover that a thief had broken into his house and stole all his wealth.  The thief then shared that wealth with his family and friends who were in need.  Do you suppose the rich man then obtained a spot in the kingdom of heaven because his wealth was shared by force with the poor?

Such an idea obviously makes no sense, yet this is what modern day redistributionists want us to believe when they quote this scripture. They think they are helping the rich toward the path of righteousness through taking their wealth by force.

If the taking of wealth by force helps people enter heaven then the churches ought to hire burglars to rob from their rich members. They’d kill two birds with one stone.  They will fill their coffers with cash while assisting those resisting rich on the path to heaven.

Notice that the advice of Jesus to the rich man had nothing to do with force.  Did he tell the man to go to Caesar or the government and donate his money so the welfare programs of Rome could be enhanced?

No.  He did not hint that he should give his wealth to government through either force or free will.  Jesus did not even ask him to give to himself or his group.  He simply told him to give directly to the poor through his own free will.

Then when the man refused, Jesus let him be.  He did not lift a finger to force the man to comply.

This is a difficult scripture for Christians as it is a hard thing for all of us to part with our money. And it is quite possible that Jesus never intended for all the rich to part with their money.  Perhaps this particular individual was corrupted by wealth more than most and parting with it would help his mind focus on spiritual things.

Joseph of Arimathea was a rich friend of Jesus who donated his burial tomb.  He never gave away all his wealth but is considered a saint. Perhaps Joseph’s wealth did not corrupt his soul and he used it toward a good end – making it unnecessary to give it all away at once.

Here is the effect Jesus said we must have upon the disadvantaged if we want to enter the kingdom of heaven:

Again the socialists say, “See. Jesus wants us to share the wealth if we are to get into heaven.”

But again there is no mention of Caesar or force involved.  Those who attain the prize are those who are benevolent through their own free will.

It is interesting to note that the authorities were concerned that Jesus was delinquent in taxes or perhaps avoiding them altogether.  It is written:

“Then the sons are exempt,” Jesus said to him.  “But so that we may not offend them, go to the lake and throw out your line. Take the first fish you catch; open its mouth and you will find a four-drachma coin. Take it and give it to them for my tax and yours.” Matt 25:24- 27 NIV

He avoided saying no, which would have led to an early arrest.  Instead he told them it appeared the coin belonged to Caesar since it bore his image.  If it belongs to Caesar then let Caesar have it but give to God that which belongs to God.

And they began to accuse him, saying, “We have found this man subverting our nation. He opposes payment of taxes to Caesar… Luke 23:2 NIV

It should be crystal clear to any honest thinker that Jesus would not be in harmony with today’s tax and share the wealth socialists.  If something belongs to an individual it was up to him whether he shared with others or not.

Because of inefficiencies of bureaucracy today it often costs a lot of overhead give away to people in need.  The philosophy of Jesus not only operated on free will but was much more efficient. He told the rich to just give their money directly to the poor.  Under the plan of Jesus three dollars out of three went to the poor compared only a fraction.  Which makes the more sense?

Most Christians today follow the example of Jesus and pay their taxes to keep out of trouble, but as far as helping the disadvantaged goes, in most cases, they would rather have the extra money and help of their own free will rather than being forced to share. A thief with a gun can force you to share but that doesn’t even get your big toe into the Kingdom of Heaven.

“I am for doing good to the poor, but I differ in opinion of the means. I think the best way of doing good to the poor, is not making them easy in poverty, but leading or driving them out of it. In my youth I traveled much, and I observed in different countries, that the more public provisions were made for the poor, the less they provided for themselves, and of course became poorer. And, on the contrary, the less was done for them, the more they did for themselves, and became richer.” –Benjamin Franklin, “Management of the Poor” (1766)

1 thought on “Is Jesus a Socialist?”