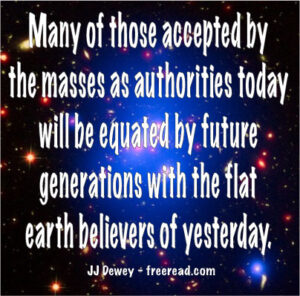 Let us look at the next two verses

“And I beheld another beast coming up out of the earth; and he had two horns like a lamb, and he spake as a dragon. And he exerciseth all the power of the first beast before him, and causeth the earth and them which dwell therein to worship the first beast, whose deadly wound was healed.” Revelation 13:11-12

First we are told that this beast comes up out of the earth. It may help here to give a more accurate translation. “Coming up” comes from the Greek ANABBAINO which means to grow and spring up like a plant. The word “earth” comes from GE which literally means “soil or land.” Sometimes it can be translated as “country or earth.”

A more accurate rendering would be:

“And I perceived another beast quickly growing like a plant out of the land (earth or soil).”

This is also a symbol of Christ. Legend and inspired writings tell us that Christ was born in a cave. In other words, Christ himself literally sprang out of the earth. The earth is a symbol of Virgo, the Virgin Mary who bore the Christ child. The earth is also a symbol of the developing Christ life on the physical plane. The trouble is that as each of us struggles to deliver the Christ child in our hearts and we move ahead as if in a fog, seeing everything upside down. We first serve the antichrist outside of ourselves for many lifetimes until we finally wake up and discover that which we served was illusion and the real Christ is within ourselves.

This drama has been played out in our recent history, for the second beast is the United States. The second beast grew up like a plant in a new land and that was America. Those who were drawn to the new country came for the sake of freedom, worship and opportunity – and qualities enunciated by the Master.

What are the two horns like a lamb? The lamb is a symbol of the submissive Christ and the two horns would be two powers or kingdoms initiated by following the spirit of Christ.

Outwardly, the two horns are:

[1] The U.S. Constitution and the new political order with freely elected representatives.

[2] The establishment of freedom of religion and self-determination. Several important religions were established here.

The LDS, or Mormons, were created on the idea that revelation and miracles did not cease with the Bible but should always be a part of the church of Christ. Every person with a witness of Christ should be a prophet.

Christian Science, Unity, Science of the Mind and other later religions such as Scientology and some new age churches were all innovations born in the USA. They all teach a new approach to healing the body and spirit.

Then we have the Theosophical movement and the writings of Alice A. Bailey which have had worldwide influence.

Unfortunately, even though these movements began with these important Christ principles, they have mostly drifted from them. The Mormons no longer publish new revelation from God nor do they allow ordinary members to be prophets.

The scientific religions seem to have no more healings than the Pentecostals and the Scientologists agitate more people than they help. Most of them have turned authoritative and strictly control what a member can learn and teach to remain in good standing.

So, the second beast is the United States that began its political and religious life as the lamb under the influence of Christ, but as it matured it became authoritative in both areas. This country now feels a need to use strong authority to decide which dictators of the beast will be cultivated and which ones will be destroyed.

The conservatives feel the need to spread their Bible belt religion worldwide by whatever means necessary and the liberals feel the same need with their illogical extremist beliefs in the name of saving everything from all the trees to snails in your back yard. Now both sides have their good points but the big promoters of both views would be destructive if either got their way, for both sides support the strong authority demanded by the dragon.

The United States has left its Christ like roots of free thought and religion and now is a strong promoter of mindless authority. This did not happen because of a favorite president people love to hate such as George W. Bush or Bill Clinton. The authority of the dragon began to establish its base shortly after the nation was founded and started inspiring positions that are not elected, but appointed. For instance, no one is elected in the IRS, but they have the power of the dragon to instill fear in the hearts or the people.

Pressure, or interest groups are not elected, but they have power to influence our representatives to vote contrary to the will of the people.

We now live in a country where unelected powers not only have tremendous authority on their own but also dictate much of the policy put forward by elected officials.

I do not say here that the US is evil in the normal sense. It still has the two horns like the lamb and may be spiritually the best country to live in on earth, but it has left its roots and lost much of its power given to it through free election. It has given power to unelected authorities in both church and state. Because unelected authority is enshrined, the deadly wound of the first beast is healed and the worship (kissing up) has been renewed.

Whenever disciples initiate a great work that encourages the freedom of the human spirit the power of the dragon seeks to destroy it by taking away free choice and placing his unearned authorities in places of power to heal the deadly wound. Without the outer gods of authority, the beast would die, but it is very adept at resurrecting its power through many willing accomplices.