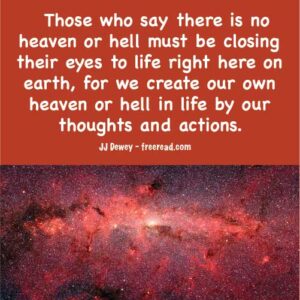 The Ends of Heaven

I was asked about my use of the Greek OURANOS and using the words Uranium and Uranus which are derived from it. Sometimes these words do not fit.

When using the Law of Correspondences, one has to look at the context associated with it to make sure it is used correctly.

As I have taught before, it can only be used successfully by using the intuition and cannot be used through a black and white formula.

For instance, a key ingredient in this law is the ancient statement “as above, so below – or as below, so above.”

As I have said before, there are at least three interpretations for each inspired scripture, but even many of the scriptures contain rather mundane statements that do not warrant much deep thought.

For instance we read this about Jesus:

“And he entered into a ship and passed over and came into his own city.” Matthew 9:1

We can pretty much skip over this and get to the meatier words for interpretation.

Now in the various scriptures key words like “heaven” will have different applications and one must look at the content to see how they apply. Even so, the synthesis of the correspondences will be quite amazing.

Let’s look at this scripture containing the word heaven.

“And he shall send his angels with a great sound of a trumpet, and they shall gather together his elect from the four winds, from one end of heaven to the other.” Matthew 24:31

The obvious meaning is that this means the gathering will be from all over the earth, or all the earth that is under heaven.

Now Uranus, which also comes from OURANOS, the word for heaven, governs the Age of Aquarius which we are entering. Using this meaning we can come up with an alternative interpretation. The gathering will continue from the beginning of the Age of Aquarius to the end of it or from “one end of heaven (Aquarius) to the other.”

Associating heaven with uranium in this particular scripture is a little more of a stretch. Uranium is the highest evolved of the natural elements and a human corresponds to an atom. The gathering will draw from the lights (highly evolved human atoms) from all over the earth.

I had an interesting discussion with a reader who liked my writings but couldn’t understand why I would say anything good about conservatives. He seemed to consider liberals and Democrats to be totally on the side of progress and truth while the conservatives and Republicans were entirely retrograde and always  on the wrong side of  history.  Here are some of the comments I made:

I do not recall saying “many times” liberals think so and so. Since much of what is called liberal is really conservative and much that is called conservative is liberal, I am reluctant to use such terms without qualification. When I speak of modern liberals and conservatives, I usually use the word “orthodox” in reference to it.

However, when I speak of defining liberals and conservatives as the terms are generally accepted by the dictionary, I think I have been pretty accurate.

The group did a test a while back that was designed to show how conservative or liberal we are. If I recall correctly, I was over 70% liberal and most of the group was over 50%.

Both liberals and conservatives have the core values of peace, freedom, equality, and love, but have different approaches to achieving them. Some who see a different approach than they use will unjustly judge the other person as not having such values.

Both sides are attempting to make positive change and improve the world. They just have different ideas as to how to do it. That is no reason to condemn the other.

[1] He harshly criticized the United States and Europe for not taking a preemptive stand and going to war with Hitler before he became a world threat. When you read his views here it would seem he would support Bush for stopping Saddam Hussein.

[2] He praised the United States for using the atomic bomb in ending the war. Today most conservatives agree with this and many liberals think we were wrong.

[3] He supported the use of atomic energy to create power stating this has potential to liberate much of the world. This is a current conservative view.

[4] Though he endorsed the United Nations, his criticisms of it sounded a lot like the conservatives today.

[5] He harshly criticized the peace movements of the day sounding as right wing in this area as Pat Robertson.

[6] He often spoke of freedom in harmony with the view that many conservatives have of it.

[7] He talked about the differences among the races, a big conservative mistake according to most modern liberals.

[8] He spoke concretely about good and evil as do many conservatives today – but with more understanding, of course.

These are just a few points. My desire here is not to prove that DK was conservative, but to point out the balance in his thinking – that he incorporated the best of both.

Next, he made the case that conservatives are always on the wrong side of history and the liberals are in the right.

It is interesting that he chose the “conservative” Republican party as an example of good liberalism from the days of Lincoln. Actually, the circumstances have changed, but the basic approach of the Republicans and Democrats are not much different now than it was during the Civil War.

It is also interesting that he says that liberals stress peace and love, yet picks a Republican war President (Lincoln) to extol. Believe me; during the Civil War few saw Lincoln as an advocate of love and peace. Adversarial newspaper editors that he threw in jail were seething with rage toward him.

In the strict definition of the term, it was a liberal agenda to free the slaves, but this was the secondary reason Lincoln went to war. The main reason was to “conserve” The Union which was definitely a conservative action.

As the word “liberal” is defined by the dictionary the Republican party is still the more liberal of the two. I expand on this idea in my book, Fixing America.

The Aquarian Age will be the age of synthesis more than a liberal or conservative age. That which is good from the past will be restored, or conserved, and that which needs changed will be approached liberally.

As far as the liberals (or Democrats) favoring peace goes, All four of the major wars of the last century were fought by liberal icons.

World War I was fought by Woodrow Wilson, World War II by FDR, the Korean war by Truman and the Vietnam War was plunged into by LBJ – all Democratic liberal icons.

And speaking of the environment, both sides seek to save the planet but have different approaches. Few realize that air quality and many environmental standards have improved under Bush. He is criticized for his approach, not so much for his results, which are ignored by many.

The reader thought the Oneness Principle I teach is very liberal, but I don’t think it is conservative or liberal any more than Mars is.

And as far as civil rights go the first major civil rights bill was introduced during the Eisenhower administration and rejected by LBJ and the Democrats. Then, later Johnson saw the advantage of passing it and got behind something similar after he became president. As it turned, out more Republicans voted for the Civil Rights Act in the Sixties than did the Democrats, even though the Democrats got the credit.

He pointed out that I must have a liberal side as many of my teachings do not conform with the conservative churches.

He is correct. I am very liberal in this respect and often drive orthodox conservatives crazy when I talk to them.

Then he indicated that freedom of speech is a liberal stand whereas conservatives want to restrict it, but I do not know any conservatives who want to stop me from giving my opinion. Orthodox liberals are the ones that demand I speak on their terms with politically correct speech. (It is interesting how much more pronounced this division is today than it was in 2006)

Conclusion: The disciple will not seek total polarization on either side, or condemn them, but will seek to conserve the good from the past and liberally seek to improve that which is sluggish or not working.

Liberals are very broadminded: they are always willing to give careful consideration to both sides of the same side. Anonymous