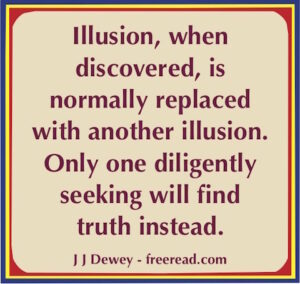 The Image of the Beast

Notice that this second beast who we identified outwardly as the United States does miracles (plural) in the sight of the beast. In other words, even though the beast was wounded by the formation of a free democratic society and Constitution, its deadly wound was healed and it now watches on as the second beast does miracles. What are the miracles performed by this second beast who has “two horns like a lamb” and represents much of what is good about the Christ energy?

We’ve already talked about one miracle – the atomic bomb – but there are many others. From this country came the light bulb, the airplane, the Tesla coil, mass production, the Moon landing, the computer chip, the Internet, The iPod and hundreds of other miraculous introductions to the New Age.

The beast watches on as he gains strength. He is like the con man who has found a gifted kid who has developed a scheme to beat the odds at Las Vegas. If he can control the kid he can beat the system. This is the way the first beast (blind authority) works through the second beast (the United States).

People are deceived by these miracles because it seems as if they will only be used for the good of humanity when in the end they are placed in the hands of strong authority that seems impossible to defy. Look what happens, for instance, when someone comes up with a better engine or energy source. The inventor is either bought out and his work buried or he is sued out of existence.

Now the verse tells us of an interesting occurrence that has all the Bible readers in the world looking for another Hitler to show up. We are told that the second beast initiates a plan:

“… saying to them that dwell on the earth, that they should make an image to the beast, which had the wound by a sword, and did live.” Revelation 13:14

Now overall, the United States seems like a good country so just when could it have ever made an image of the beast? Actually, this “image of the beast” is the truth behind the conspiracy theories circulating throughout the world. Nevertheless, we shall go by what is fairly well documented.

The United States made an image to the beast by supporting and often helping to create governments on the earth patterned after the blind authority of Rome and the other ancient kingdoms. The most popular of them was Communism. The Bolshevik Revolution that established the Communist regime in Russia received financing right out of the United States by wealthy men who saw a great opportunity in Marx’s philosophy. If you ever read Animal Farm you can understand.

The idea was to create a slave system where the workers would labor for almost nothing and be under the complete control of the state. If this could be pulled off by big money and subtle powers then they could not only gain even greater riches through such a system, but also greater power. Once a person gets all the money he can spend about the only thing that interests him after this is power. And the lust for power was the impetus behind the creation of the image of the beast.

The only thing that has saved us from complete communist control of the world is that it turned out to be a financial disaster and it fell similar to the description of the fall of Babylon as prophesied:

“And a mighty angel took up a stone like a great millstone, and cast it into the sea, saying, thus with violence, shall the great city Babylon be thrown down, and shall be found no more at all.” Revelation 18:21

We are told that in “one hour is she made desolate.” There is more to this scripture, but it is a good description of the quick fall of the Communist Block.

The USSR was just a part of the Image of the Beast. Hitler also received much start up capital from the United States and Europe (which adopted free governments). Then we also created and financed other dictators like Noriega, Saddam Hussein, Communist China and many other authoritarian governments.

We create an image to the beast and then when it turns on us like a lion, bear or leopard, we have to fight it and destroy it. After this scenario we then start the process anew and create other parts to the image of the beast making sure the Beast is always alive and well.

A book could be written about all the parts to the image of the beast we have financed and maintained since the foundation of this country. It’s as if we feel uncomfortable not having a threat to our existence so we must always create one. The current Beast we are feeding is Communist China. We are paying for its military through trading with it and virtually giving it missile technology in the Nineties.

We have fed the military of North Korea and supplied them with nuclear technology.

By purchasing oil from the Middle Eastern countries that rule their people with the power of the Beast we have supplied tyrants and terrorists with the means to build armies and weapons which threaten the peace of the world.

In all of these countries if you do not worship (kiss up to) the powers that be you will be killed or imprisoned.

We are opening up trade now with Vietnam, which is still under strict control of the beast. Then there are numerous central and South American Countries we still support and aid who do not allow free speech or enterprise. It is obvious that in some countries blind authority is alive and well, but the image of the beast also exists in the so-called free countries, but on more subtle levels as we discussed earlier. The United Nations has potential to become a great image of the beast, but humanity has it within their power to direct the organization toward a good end. It is far from perfect, but it does not yet have the full power of the beast. It does, however, assist in some cases to feed the image of the beast, or the little dictators throughout the world.

The great French Marshall Lyautey once asked his gardener to plant a tree. The gardener objected that the tree was slow growing and would not reach maturity for 100 years. The Marshall replied, “In that case, there is no time to lose; plant it this afternoon!” John F. Kennedy (1917 – 1963)