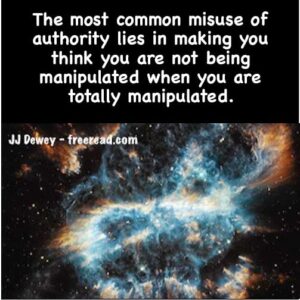 “And it was given unto him to make war with the saints, and to overcome them: and power was given him over all kindreds, and tongues, and nations. And all that dwell upon the earth shall worship him, whose names are not written in the book of life of the Lamb slain from the foundation of the world. If any man have an ear, let him hear.  He that leadeth into captivity shall go into captivity: he that killeth with the sword must be killed with the sword. Here is the patience and the faith of the saints.” Revelation 13:7-10

Let us start by examining verse 7:

“And it was given unto him to make war with the saints, and to overcome them: and power was given him over all kindreds, and tongues, and nations.”

First we must ask: who are the “saints?”

“Saints” comes from the Greek HAGIOS. This word is often translated as “holy” as in Holy Ghost. HAGIOS is also translated “sanctified” or “holy ones.” The root word HAZO, means “to venerate.”

We could thus say that a saint is one who is holy because he relies on the Holy Spirit, or God within, rather than the false god or Beast without.

Secondly, we must ask why anyone initiates war. The reason is always has something to do with preventing a loss of power. When the Beast sees individuals, or a group, who rejects the outward unearned authority, he seeks to eliminate them as a threat to his domination. He thus immediately seeks out the saints who do not have his mark and makes war with them.

What can the disciple do to protect himself in this world when he has not power to fight City Hall, or the Beast?

“Render therefore unto Caesar the things which are Caesar’s.” Matthew 22:21

Secondly he gave this unusual piece of advice:

“And I say unto you, Make to yourselves friends of the mammon of unrighteousness; that, when ye fail, they may receive you into everlasting habitations.” Luke 16:9

Many disciples ignore this advice and directly challenge the Beast. They do not render to the Beast that which traditionally belongs to the Beast and they are not friendly to the Beast and his armies of pawns. Such disciples stand out like sore thumbs and become an immediate target and war is made against them.

The wise disciple will be as “wise as serpents, and harmless as doves.” (Matthew 10:16) He will be friendly to all and present himself as an enemy to none. If the Beast sees no direct threat he will not attack.

Have you ever been to a party or group function where almost everyone thinks much differently than yourself? Perhaps you have even been repulsed by their conversation. What did you do? Did you give them a piece of your mind or attack them? Believe me if you did you were probably attacked in return and never invited back.

The wise disciple will likewise pick his battles wisely and unless he can score a big win or make positive progress he will hold his tongue and make friends with his enemies. The enemy will thus see him as a friend and do him no harm.

But then, sooner or later, as the disciple progresses into the light, the Beast will be faced, but he who is wise he will face the Beast on his own terms and in his own way. The Beast had no power to do any harm to Jesus until the showdown arrived that was picked by the Master himself, and in that situation he achieved the victory.

The wise disciple will pick his battles rather than having them forced upon him.

Collectively the saints, or disciples, have not been wise enough to pick their battles and the Beast has successfully made war on them and power has been “given him over all kindreds, and tongues, and nations.”

The prophet Daniel says it well when he tells us that he wears out the saints. City Hall and the Beast have unlimited resources and can fight on forever and eventually negate the determination of the most stalwart of men.

Mindless authority controls all people in all lands and nations. We do not have to wait for a Hitler-like dictator to arise and enslave the earth. The Beast is here now and has great authority. It may be deceptive and subtle, but it is great and all encompassing nevertheless.

The beast is here because humanity as a whole is the body of the Beast. Even many who think they are enlightened still allow themselves to be herded like a non-thinking animal by the outside authority he deems most sacred.

Let me phrase it this way. Average humanity is the beast because they do not use the power of the mind or realize their power of Decision. The trained dog responds to his master without even thinking about it, without using the faculty of the mind. The “sea” of people are like a large trained beast.

The sea also represents emotion. This tells us that the beast functions on an emotional level and does not use the mind. There are a few obvious examples we can cite of the beast at work. The main one that comes to mind for most of us would probably be the Jim Jones group. Jones was such an authority to the group that the whole city where he presided like a king did not resist his command to drink poison Kool-Aid and kill themselves. Not one resisted that we know about.

When the world found out about this everyone was amazed and wondered after this beastly act. How could they have been under such a tight control? Why did not even one out of the hundreds have power to resist? They must have been under some type of hypnosis many thought.

Later, we were witness to the Heaven’s Gate group who were told by their leader to kill themselves so they could be transported aboard a spacecraft. They all joyfully obeyed. Again not one resisted and the world wondered anew at the power of the beast.

We cringe when we hear about a crazed religious fanatic driving a car bomb into a crowd of women and children because his beastly leader promised him a spot in heaven. As ordinary people watch this amazing power certain leaders have over the lives of others they make the mistake of believing that these people are some type of oddity in nature and do crazy things because they are mentally disturbed. What they do not realize is that these beastly sheep who followed their leader to pain and even death are just ordinary folk like you and I. They are like people we grew up with that seemed fairly normal.

What the other 99.9% of humanity need to realize is how thankful they need to be that their own beastly leader has not commanded them to handle snakes, drink poison or die for them yet. Most leaders within the order of the Beast do not go off the social edge and only give commands within social parameters, like Jim Jones did when his group was young. But those under the power of the Beast are always in danger, for the commanders within the order of the beast are legion and rotate in shifts. Being within the beastly power is like playing Russian Roulette.

Whenever you hear about someone doing something very odd or bizarre you can usually trace the behavior to the power of the beast. Do not make the mistake of thinking that only members of a cult are under the beastly power. Almost everyone reacts as a beast to authority in at least one area of his life. It is usually the aspect of his life that is most dear to him. For some it is religious, for some it is political, for some it is his job or business, for others it is philosophy, and others it is family or a loved one.

Then too, the commander is not always a person of flesh and bones. It can be a book like the Bible, it could be a holy object, it could be a channeled entity or even an imagined voice that is not of the soul.

“And all that dwell upon the earth shall worship him, whose names are not written in the book of life of the Lamb slain from the foundation of the world.” Revelation 13:8

To be written in the Lamb’s book of life one must be in touch with that life and that life is the God within. All those who ignore the God within will worship, or kiss up to the Beast, or the authorities of the world.

Those who follow unjust authority as if it were the voice of God to cause the just to go to prison or death will incur karma and be forced to return to circumstances where the followers of the Beast will do the same thing unto them.

This explains the mystery as to why the saints must be patient and endure affliction. They were representatives of the Beast in past lives and are now returning to learn their lessons.

Be bold and mighty powers will come to your aid. Basil King