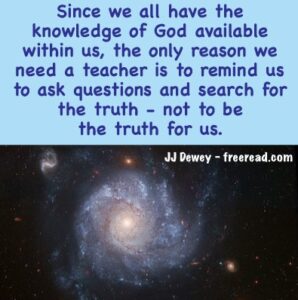 Now the next question for consideration is this. How is it possible for us to escape the mark and number of the Beast?

A hint is given at the beginning of Revelation 14:

“And I looked, and, lo, a Lamb stood on the mount Sion, and with him an hundred forty and four thousand, having his Father’s name written in their foreheads.” Revelation 14:1

The Lamb stands the disciple’s submission to the voice of the inner Christ or the voice of the soul. This leads to him to rise up to the higher consciousness of mount Sion where he has mastered the 144 energies of the lower six chakras over a thousand lifetimes, symbolized by the thousand petals of the seventh or head center.

The first verses of Revelation 14 tell us that the 144,000 have the Father’s name in their foreheads. How is this accomplished? How is this different than having the name or number of the Beast in the forehead?

How is the number of the beast placed in the forehead of his followers?

We have concluded that this takes place by looking outside of ourselves for authority, often blindly, and then accepting that authority as if it were the voice of God. We also concluded that the beast is the static I am.

If we switch over to having the Father’s name in our foreheads then where do we look for that name and what is the name? What is the main sign that we have the name?

God is already within every man, woman and child on the planet. If God is within us then His Name is also within us even if we do not consciously perceive it. We receive the illusion of the mark of the beast when we accept any name for God or final authority that is outside of ourselves. When we finally learn to ignore all the static outside of ourselves and look within for verification of truth then the one creative name or originating sound of God within us begins to vibrate and we activate the name of God in our foreheads because we realize God is in our minds and in our hearts.

What is the main sign that we have the name?

The main sign is that you do not place your life or any eternal salvation in the hands of any outside name or authority. You may respect many outside authorities who have earned a degree of trust. An example would be the Spanish teacher we talked about earlier, but the ultimate trust of life or soul will be given to no man, woman or even the Bible. He who has the name of the Father in his forehead will only trust a path revealed or confirmed by the God within. Outside teachers may point us in the right direction, but he who has escaped the mark of the beast will not firmly embrace even Jesus, an angel, the scriptures, synchronicity or any other outward sign or teaching unless the great authority within confirms it.

Unfortunately, the removal of the mark of the beast becomes even more complicated because many people think they are registering with the God within when they are merely leaning on the positive side of the solar plexus. This is why John mentions the name in the forehead. The sensing of the energy of God in the forehead, rather than the gut, is a sign that the seeker has moved beyond the lower good feeling emotional energy below the diaphragm.

What is the first major step toward soul contact? The answer is somewhat of a judgment call and I would say that some of the answers given could be argued as being the major one.

[1] Making a decision to seek

This can be major except there are some who seek for a short time and then quit and go into limbo for a few lifetimes. This then becomes the major step that was not taken. If the seeking attitude and the Decision to do so is maintained then that is a major event in the life of the soul.

[2] Awareness, recognition that there is something out there beyond the physical – looking for it – looking within.

[3] A point of crisis in our lives causing us to reflect.

[4] Observing ourselves with detachment.

[5] Finding a true spiritual teacher who has himself received soul contact.

All of these are good points, but I want to cover an important step which occurs as the mark of the beast is replaced by the name of the Father. What makes this possible?

If one looks within and finds that still small voice then he shall have to slay the dragon who gives authority to the beast. The disciple will not have to look for the dragon for he will come after him in a myriad of ways and his approach will always be sensed.

At this point the seeker has two choices.

[1] Fear the dragon and let him immobilize or slay the seeker.

Then even if one faces the dragon and seems to slay him he may discover he has just wounded a head which is healed and has to slay him again until the body of the dragon is “cast alive into a lake of fire and brimstone.” Revelations 19:20 The fire of the Holy Spirit from God finally consumes the dragon and at last the seeker is able to maintain focus on the name of the Father in the forehead.

The sign that the disciple has taken his first great step is when he shows a willingness to act on a true message from within in defiance to all the clamoring messages from without. He will do this at the risk of life, reputation, eternal damnation or other loss.

Notice I say “true message?” There are many who believe they have received a true message from the soul when in reality their action can be traced to the blind following of a guru, religious leader, book or the ego pretending to be the soul.

The subtle difference is this: He who still has the mark of the beast will either be enhancing someone else’s ego or his own, whereas he who follows the soul will always feel humbled by the truth. The message from the soul always has something that benefits more than the individual, which would include the group or groups with whom he is associated.

Next let us contemplate the first three verses of chapter 14 as a whole:

“And I looked, and, lo, a Lamb stood on the mount Sion, and with him an hundred forty and four thousand, having his Father’s name written in their foreheads. And I heard a voice from heaven, as the voice of many waters, and as the voice of a great thunder: and I heard the voice of harpers harping with their harps: And they sung as it were a new song before the throne, and before the four beasts, and the elders: and no man could learn that song but the hundred and forty and four thousand, which were redeemed from the earth.” Revelation 14:1-3

More on the Sabbath Life

A reader complained to me that DK’s writings are difficult to understand and he finds golf and basketball more interesting.

There is a time and season for all things, even golf and basketball.

Now some spend time at recreation when they are better off spending time at work or study. But after a period of work, it is very healthful to spend some time with pure frivolous recreation.

One thing I have taught is that approximately one life out of seven is a Sabbath life. This means that one person out of seven that you see around you seems to have a fairly easy life. Just look around you and you will see this to be so. Sometimes after six difficult lives it will just be the right thing to do to spoil ourselves.

When the six with difficult lives see the seventh living a fairly frivolous life of ease they sometimes feel a little miffed and assume he is a slacker. What is not realized is that he is just resting, getting the strength necessary for his next major struggle. In saying this we must keep in mind that some are true slackers when they should be working, but others are resting as they should.

People in various stages of evolution treat the Sabbath life differently. The average person gets little done but a resting up in preparation for struggles to come. The disciple will also have a fairly easy sabbath life, but will still use his time and talents in service, but it will be a service that is enjoyable for him with no major problems.

I am looking forward to my Sabbath life, but this is definitely not it.

A bore is a man who, when you ask him how he is, tells you. Bert Leston Taylor