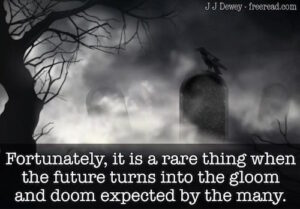 I was asked what I thought of the Mormon prophet’s statement that this prophecy from Joel has been fulfilled:

“And it shall come to pass afterward, that I will pour out my spirit upon all flesh; and your sons and your daughters shall prophesy, your old men shall dream dreams, your young men shall see visions: And also upon the servants and upon the handmaids in those days will I pour out my spirit. And I will shew wonders in the heavens and in the earth, blood, and fire, and pillars of smoke. The sun shall be turned into darkness, and the moon into blood, before the great and the terrible day of the Lord come. And it shall come to pass, that whosoever shall call on the name of the Lord shall be delivered: for in mount Zion and in Jerusalem shall be deliverance, as the Lord hath said, and in the remnant whom the Lord shall call.” (Joel 2:28-32)

Let us examine the scripture written by Joel.

“And it shall come to pass afterward, that I will pour out my spirit upon all flesh; and your sons and your daughters shall prophesy, your old men shall dream dreams, your young men shall see visions:” Joel 2:28

The interesting thing here is that we are told there will not only be male prophets (sons), but female ones (daughters). If the Mormons think this prophecy is fulfilled then they need to tell us where the female prophets are.

The truth is that if any female were to prophesy to the LDS church or the world she would be thrown out.

A further truth is that there are female prophets on the earth, but they are not recognized by the churches as a whole.

“And also upon the servants and upon the handmaids in those days will I pour out my spirit.” Joel 2:29

Again, this is true, but where is it happening in any of the churches?

“And I will shew wonders in the heavens and in the earth, blood, and fire, and pillars of smoke.” Joel 2:30

One could say that wars, volcanoes, earthquakes and bombs have fulfilled this.

On a spiritual level it speaks of a time that great anger (blood and fire) will divide the people and obscure the truth (pillars of smoke).

“The sun shall be turned into darkness, and the moon into blood, before the great and the terrible day of the Lord come.” Joel 2:28

The light of the soul (sun) of the masses will be darkened and their emotions (moon) will be filled with anger (blood) before the coming of the Messiah.

“And it shall come to pass, that whosoever shall call on the name of the Lord shall be delivered:” Joel 2:31

The true name of God is within and those who seek it will be delivered from the darkness and unbridled emotion.

“for in mount Zion and in Jerusalem shall be deliverance, as the Lord hath said, and in the remnant whom the Lord shall call.” Joel 2:32

There will be a gathering of lights and the lights who gather will produce more light which will deliver them from darkness and bring an increase of light.

This gathering has not happened yet so the prophecy has not yet been completely fulfilled.

After watching “Crash” (perhaps the worst movie to ever win an academy award) receive the Oscar tonight I couldn’t resist commenting on it.

And how do I relate this to the principles I teach? Easy. An important principle I have taught around unjust authority is that those who are recognized by the world as being reliable authorities are often the worst people to rely on.

Doctors who are showing us how to be physically healthy often die at a much younger age than average.

Psychologists who are showing us how to be mentally healthy have a much higher than average suicide rate.

Preachers and Priests who are telling us how to be spiritual are often the biggest sinners.

Lawyers twist the law toward their own ends.

Teachers can’t teach our kids how to read.

The list goes on and on and certainly does not end with film critics and judges.

I read the movie reviews in the paper each week and whenever I see a movie given four stars by a critic, I avoid it like the plague. 95% of the time it is more boring than watching a glacier move.

A Saturday Night Live skit had the critic’s ratings down pretty good. In it they made fun of the critics and interpreted the star rating for us average folk. If I remember correctly it went like this:

Siskel and Ebert gave “Titanic” two thumbs down, but then after it made a billion dollars or so they gave it a second review and upgraded it.

When the first “Terminator” came out the reviewer in our paper gave it one star. I was so upset that I wrote an angry letter to the editor. This I thought was the best in the series and one of my favorite movies of all time.

This year the movies nominated for best picture were: “Crash;” “Brokeback Mountain;” “Capote;” “Munich;” and “Good Night, and Good Luck.”

None of these excited me enough to pay money to see them in the theater. And it looks like I was not alone.

Best picture, “Crash” was only number 49 in box office receipts just nudging out “Corpse Bride” which was not nominated for anything.

“Brokeback Mountain” was number 26 following on the heels of “Dukes of Hazzard,” which again was nominated for zero.

“Good Night, and Good Luck” was number ninety just behind the famous “Get Rich or Die Tryin’.”

Finally, “Capote” was number 97 just ahead of “Aeon Flux” which the world was holding its breath to see.

The point is that the public voted with their dollars that 48 movies of 2005 were better and more entertaining than the Academy’s best picture of the year.

That tells me that there is a great disconnect between what Hollywood thinks is a good movie and what real America (and the world) sees as a good movie.

I saw “Crash” when it first came out on video because I like Sandra Bullock and some of the other actors. It was a great disappointment and about put me to sleep.

So why did it win?

It had to be because of its do-gooder message of stamping out racism. Hollywood needs to wake up to the fact that it takes more than a do-gooder message with stereotype Republican bad guys to make a good movie.

It is interesting that all the best picture nominations were politically to the left with nothing to the right receiving a major nomination for decades.

The last major hit from the right was the “Passion of Christ” from 2004. Even though it made over a billion dollars, more than any independent film in the history of the planet, it received no academy award.

So, what was the best movie of the year (2005)? Everyone has a different opinion, but as far as public consciousness goes, we have to give a lot of weight to the box office. The top grossing film was: “Star Wars: Episode III – Revenge of the Sith” which made over $380 million in the U.S.

The next nine in the top ten were: “Harry Potter and the Goblet of Fire,” “The Chronicles of Narnia: The Lion, the Witch and the Wardrobe,” “War of the Worlds,” “King Kong,” “Wedding Crashers,” “Charlie and the Chocolate Factory,” “Batman Begins,” “Madagascar,” “Mr. & Mrs. Smith.”

I’ve seen most of these and they were all pretty good, much better than “Crash.” I probably liked “Batman Begins” the best.

One I liked that didn’t do that great in the box office was number 67, “Transporter 2.” I really liked the first “Transporter” also.

Did I agree with any of the awards this year? Three in particular. Reese Witherspoon deserved Best Actress for “Walk The Line” and I was surprised she was recognized by the Academy. The movie is worth seeing for her performance.

Finally, I have not seen “Capote,” but from clips I have seen it appears that Philip Seymour did a great job in capturing the essence of the man, who indeed was a strange character. I would guess that he deserved the best actor award.