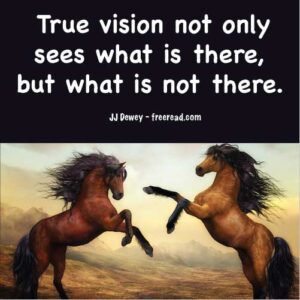 “And I saw one of his heads, as it were, wounded to death, and his deadly wound was healed: and all the world wondered after the Beast.” Revelation 13:3

The outward interpretation is quite interesting here and deserves some investigation.

Could it have been the birth of Jesus who came to teach us the truth and the rise of Christianity throughout the world? The wound healed when the “church” was won over by the power of the Beast and forgot its “first love.”

For many thousands of years the Beast through kings, religious leaders and other authorities exercised an unjust authority over the human race. But finally, a group of people rebelled against the kingdoms and established a government by the people, of the people, and for the people. It is interesting to note that the Constitution and Bill of Rights gave power to the people by limiting the power of government. Over and over, they say what “Congress shall not” do. Thus, the Beast was wounded because it was finally told by the people who created it that there were a lot of things it could no longer do.

It could no longer do unreasonable search and seizures. It could no longer use cruel and unusual punishments. Laws shall be made by elected officials and not the king. The Beast cannot make a person testify against himself. Eventually, even slavery was outlawed. Now because of this Constitution even the Beast was wounded in Britain. Eventually the power of Royalty there was taken away and one by one the nations of the world copied the principles of the Constitution and attempted to emulate a free government. At the time of this writing there are 122 democracies on the earth, a great credit to a small start by the Founding Fathers.

So now everything is great – right?

Not quite. The Beast went right to work seeking desperately to survive. The tendency of people to follow an unearned authority was still present and he worked with that weakness in humanity.

First, he sought to control the elected officials by making sure those who run for office are people who love power and authority. Then when they are elected, they seek to control through thoughtforms, special interests, self-interest, ego, corruption and money.

Since complete control of elected officials is not possible the Beast sought to add to our system as many appointed officials as possible who would run the real government business. An appointed official then becomes like a little king over his dominion who does not have to answer to the people. Thus, we have little unelected kings controlling all departments of government such as tax collecting, the department of Energy, Department of Education, Department of Agriculture, Transportation and so on. Over 90% of government in our lives is carried out under strong authority of unelected mini kings. Day after day, week after week, year after year the power of these kingdoms within what seems to be a free society is increased.

In the old days of the Beast the populace was aware that they were ruled by the king, but what makes this age different is that we think we are in this great democracy when the Beast has almost as much control over our lives as did the emperor in ancient Rome.

The deadly wound has been healed and the people wonder after the power of authority as it reaches its tentacles all over the world and into every life so we are all effected.

A book could be written on the devices the Beast uses to keep his control. We shall see how the power of the Beast reaches down to each one of us every day of our lives and how we must see through the illusion.

“And they worshipped the dragon which gave power unto the Beast: and they worshipped the Beast, saying, Who is like unto the Beast? who is able to make war with him? And there was given unto him a mouth speaking great things and blasphemies; and power was given unto him to continue forty and two months. And he opened his mouth in blasphemy against God, to blaspheme his name, and his tabernacle, and them that dwell in heaven. And it was given unto him to make war with the saints, and to overcome them: and power was given him over all kindreds, and tongues, and nations. And all that dwell upon the earth shall worship him, whose names are not written in the book of life of the Lamb slain from the foundation of the world. If any man have an ear, let him hear. He that leadeth into captivity shall go into captivity: he that killeth with the sword must be killed with the sword. Here is the patience and the faith of the saints.” Revelation 13:4-10

The word “worship” comes from the Greek PROSKUNEO. Literally translated in today’s language it means “to kiss ass.” In more sensitive language it would mean to “fawn over someone” that you see as your boss or master. So do you know anyone who “worships,” in today’s world, that is, worships someone other than God? I think you will agree that we live in a world where almost everyone is sucking up to someone else. This worshipping the Beast today is probably even more prevalent than it was in ancient Rome.

The statement “Who is able to make war with him” is like the statement “you can’t fight City Hall.” There is a similarity, but there are many City Halls.

Two of the “City Halls” in the United States are the Democratic and Republican Parties themselves. Often times we elect someone who seems to be very sincere about doing a good job and voting their conscience. Then after the guy spends a little time in Washington he seems to change and his vote becomes very predictable along party lines. Why? Because fighting his party leadership is like fighting City Hall. The party leader says, “this is an important issue for the party so if you’re a team player you’ll vote with us.” The Congressman soon learns that if he doesn’t play ball then many problems will develop and leadership opportunities just dry up. In addition, he will be shunned by other faithful party members. Then there are other City Halls like pressure groups, polls, and the press. A person just about has to be a saint to be free from the Beast in politics today.

How about medicine? Where is City Hall or the Beast there? We once had a family doctor who seemed like an intelligent sincere fellow and dabbled a little in natural medicine but was no fanatic by any means, for overall he was pretty much establishment. Then one day he criticized another doctor’s diagnosis. This other doctor happened to have a lot of authority in the hospital and trumped up a charge against our doctor and had him barred from the hospital. Since this was the only hospital in town this was a great inconvenience for our doctor and he was barely able to eke out a living. Nevertheless, we continued to go to him because he was the best doctor in town.

Then I met a guy several years ago when I was in real estate. He had a gold mine he wanted me to sell. He looked like an old prospector and had quite a story to tell. He said he had a cure for cancer. I won’t relate it all here, but the guy spent quite a bit of time in jail because the Beast, or City Hall of medicine would not let him cure people of cancer, even though his cure, right or wrong, never hurt anyone.

Perhaps you work for a large company and you have an idea of how to streamline things to make work easier for the average employee. Maybe after talking to several people about it you find subtle messages delivered to you that you need to “cool it” or you won’t get that promotion. Maybe you fear you may even get fired.

For example, in the nineties Tom Hanks was reported as saying that he regretted donating to the Clinton Defense fund and would not do it again. Then several days later he said he was misquoted and may even buy the president a house when he gets out of office. Did somebody get to Hanks? Did someone make it clear to him that everybody who is anybody in Hollywood supported Clinton and he’d better play ball or his work will dry up? Did Hanks discover a City Hall he did not want to fight?

In politics there are two politicians I can mentioned who did not conform to the Beast within their own parties.

The first is George Hansen a Republican of Idaho. He sought to reform the IRS, had a plan to make representatives accountable for their votes and did all in his power to preserve the Constitution which gave the wound to the Beast.

The Beast retaliated and trumped up a charge of bank fraud and put him in jail for four years. He was later released because the charge was vacated. The powers that be attempted to destroy him physically through torture and poisoning. When he got out he was close to death, missing all his toenails and suffering from sores on his body and missing most of his teeth through lack of dental attention.

He would like to take the Beast one more time but it now takes most of his energy to just stay alive.

Then on the Democratic side we have James Traficant from Ohio. When he was in Congress, we loved to hear him make fun of the stupidity of some Beastly schemes by stating “Beam me up Scotty.” Every time he said this most people saw the craziness of the government he was criticizing.

He stepped on many toes even going so far to charge treason within the justice department. The Beast went after him and placed him in prison for eight years for doing no more wrong than many representatives who are free. As of this writing he is still incarcerated and little is known of his condition. Hopefully he is treated better than was George Hansen.

To go up against established unjust authority takes great courage for the Beast will use this authority to strike back with as much force as possible.