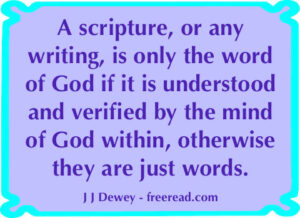 “And I looked, and behold a white cloud, and upon the cloud one sat like unto the Son of man, having on his head a golden crown, and in his hand a sharp sickle.” Revelation 14:14

This inner Christ has a golden crown in his head symbolizing the victory that each disciple must achieve to manifest the Christ among men.

“…and in his hand a sharp sickle.”

The disciples followed the example of the initiate and obtained the victory over the lower self. Now they will assist in the great reaping. They are given a sharp sickle. This symbolizes the powerful words and principles they have absorbed. They have sharpened their wits and wisdom and now is the time to put them to use. Now is the time to reap.

“And another angel came out of the temple, crying with a loud voice to him that sat on the cloud, Thrust in thy sickle, and reap: for the time is come for thee to reap; for the harvest of the earth is ripe.” Revelation 14:15

Notice that this angel came out of the temple which is in heaven and he gives command to the Christ Self.

In this case, the personality knows that it is time to use both the higher and lower natures to participate in the great harvest. The lower self knows “the time has come,” and communicates this feeling to the higher nature. The Christ within realizes that the “earth is ripe” and cooperates.

The seeds planted in the past have taken root and grown. The fruit is ripe and must be harvested.

“And he that sat on the cloud thrust in his sickle on the earth; and the earth was reaped.” Revelation 14:16

The meaning here has several layers. First it means that the soul takes full control of its instrument. In other words, the individual disciple has attained victory over the Beast and this allows the Christ Self to reach down to the “earth” or lower self and make full use of it in the physical plane.

Secondly, it means it is time for the soul infused disciple to reach out to others upon the earth and use the words of power to separate the wheat from the chaff. The wheat are those who will accept the new ideas of the age to come and the chaff are those stuck in the old ways that are about to collapse upon itself.

“And another angel came out of the temple which is in heaven, he also having a sharp sickle.” Revelation 14:17

This is the second being having a sharp sickle. The first was the Christ self, the “Son of man,” who was commanded by an angel to reap. Now a second angel comes out of the temple having another sharp sickle.

“And another angel came out from the altar, which had power over fire; and cried with a loud cry to him that had the sharp sickle, saying, Thrust in thy sharp sickle, and gather the clusters of the vine of the earth; for her grapes are fully ripe.” Revelation 14:18

Now still another angel comes forth, but from the altar and has power over fire. This angel commands the second angel with the sickle to reap.

The first angel uses the soul infused lower self (the temple) to reach earthy or practical people through the Christ consciousness. He gathers them with his sharp sickle or powerful words presented in the wisdom of the spirit. The practical people of the earth listen to spiritual wisdom presented in a logical earthly manner and are gathered into a higher consciousness or methods of thinking.

The second angel is directed by the angel of the fire of sacrifice to reap from the fruit of the vine.

What is the difference between reaping from the earth and the vine? The simple answer is one is dead and the other alive. Technically, the earth is not dead, for it is the source of life, but a vine is organic and much further along in the evolution of life than inorganic earthly matter.

The fruit which is reaped by the second angel with the sickle are those who are “alive in Christ” and are living conduits of the fiery energy from God. These are those who allowed living seeds to be planted in their hearts and minds and made them grow until they enjoyed the fruits of spiritual life.

The fact that the angel giving the command to reap was from the sacrificial fiery alter in the temple tells us that the gathering of fruit requires sacrifice from true servants, but the fire of the spirit will be a means of recognizing them.

“And the angel thrust in his sickle into the earth, and gathered the vine of the earth, and cast it into the great winepress of the wrath of God. And the winepress was trodden without the city, and blood came out of the winepress, even unto the horse bridles, by the space of a thousand and six hundred furlongs.” Revelation 14:19-20

The first group who were of the earth were touched by the spiritual wisdom and seeds were planted in them to mature later. The second group were living vines. These produced fruit that was gathered at the end of an age to prepare for the new. After they were gathered, they were “cast it into the great winepress of the wrath of God.”

What does this mean? When the lights of the earth are gathered tremendous pressure ensues similar to that required to press the juice out of grapes. Those gathered will have difficulty in adjusting to each other and then unifying enough to deal with outside threats. This pressure is symbolized here as the “wrath of God.” It is not literally God pouring out his wrath, but will seem like it to those who are involved.

For instance, in the gathering of Israelites by Moses the people first had many conflicts with each other that had to be resolved before they could fight their outward enemies. The same goes for those who gathered to America from Europe. They had many conflicts with each other they had to work through before they could think of fighting the British.

The gathering to come will have similar difficulties and the pressure created will unify the group life so it flows as one life or one stream of juice from many grapes. This thought was symbolized by our motto “E Pluribus Unum” or “out of the many, one.”

This process occurred “without the city.” The city was the place that was supposed to be holy but crucified their Lord. What was holy in one age is avoided in a future time and in each new gathering the lights must come together in a place not recognized as holy by those with backward looking eyes.

The scripture ends with these curious words: “…and blood came out of the winepress, even unto the horse bridles, by the space of a thousand and six hundred furlongs.”

Why does it say blood rather than juice? Because blood is a symbol of spiritual life–and look how much of it came forth. It came clear up to the horse bridles covering a distance of around 200 miles or about the length of Palestine.

Now, the fact that we will never see that much literal blood in one place merely tells us that the end result of the gathering of lights will be an increase of life in the spirit that will be beyond our ability to measure or comprehend.

Take rest; a field that has rested gives a bountiful crop. Ovid (43 BC-17 AD)