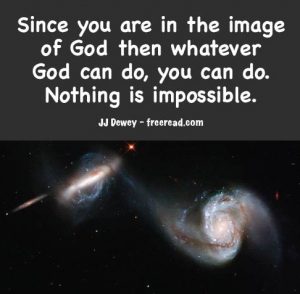 Chapter Four
What is God?

To lay a foundation of understanding of A Course in Miracles we need to understand what it teaches about its four major players that compose the true reality of the entire universe. They are all follows:

God, the Father
The Son
The Holy Spirit
Angels

Anything else that we may think exists is not real and only exists in the dream state and will disappear when fully awake, according to ACIM.

God, the Father, of course, is the supreme creator who initiated all things. The Course is fairly sketchy about Him but does say a few things.

First it makes clear that when it speaks of God, it is speaking of a real life for it says:

In examining the teachings, the reader needs to recall that the author of the Course insists he does not speak in misleading symbols, but means what he says:

“you may believe from time to time that I am misdirecting you. I have made every effort to use words that are almost impossible to distort, but it is always possible to twist symbols around if you wish.” T-3.I.3

This gives evidence to the idea that when the author identifies with the historical Jesus that he is speaking literally and not symbolically. The first thing concerning God then that is obvious is that the Course identifies Him as a Father, a male figure. Some in our current generation are displeased with this and many figure the male identity was used because it was common vernacular at the time it was written to identify generic figures with the male gender and calling God an “It” seemed disrespectful. God is also called “Father” in the Bible.

Many Course students figure that it doesn’t matter whether we call God a “He” “She” or “It.” Others take it literally and feel that God is represented by the male gender. Most feel the female mother is somewhere in creation – maybe represented by creation itself.

Most students see the Father and the Son as merely convenient titles for life that is beyond duality, or male and female. After all, the Son, as taught in the Course, includes all of us no matter what gender with which we identify.

The Course doesn’t tell us where God came from. Instead, it merely makes this statement that is repeated by many students:

So, God just IS, which is beyond understanding, and is a great mystery for it is written:

“No one on earth can grasp what Heaven is, or what its one Creator really means.” M-23.6

The Course does make this curious statement:

“God is an idea, and so your faith in Him is strengthened by sharing. What you find difficult to accept is the fact that, like your Father, you are an idea.” T-15.VI.4

So, here we are told that we are an idea. Obviously, we are an idea in the mind of God since it is stated many times that he is our creator.

But if God is also an idea, as it says, the question to be asked is whose idea is God our creator? Is he merely His own idea or is there some even greater being still that created our creator?

Here is an interesting statement along this line:

“He (God) is first in the sense that He is the First in the Holy Trinity Itself. He is the Prime Creator, because He created His co-creators.” T-7.I.7.

What we could take from this is that our God may not be the first of the Gods, but first in the sense that his position in the Trinity is first, with the Son being second and the Holy Spirit third. All of them may be “ideas” from some eternal Source.

We’ll examine this more closely when we discuss the Son.

If there is a creator above our creator who came up with the idea of our God, then our creator would share in its life as we are to share the life of our creator. Thus, if all the Gods are as one life, they all would identify with being the creators of “everything.” Even of the Son it is written he is the “co-creator of the universe”. W-pI.152.8

As Sons of God we are told that “there is one life, and that we share with Him, with all creation, with their thoughts as well, whom He created in a unity of life that cannot separate in death and leave the Source of life from where it came.” W-pI.167.11

Even though God is said to have created everything, this world that we perceive is not part of creation, for it is considered an illusion which does not exist from an eternal perspective. The Course says:

“The world as you perceive it cannot have been created by the Father, for the world is not as you see it. God created only the eternal, and everything you see is perishable. Therefore, there must be another world that you do not see. “ T-11.VII.1

As stated earlier, the creation of the universe that we perceive is considered to not be from God, but a “mad idea” of the Son, an illusion or a bad dream. Understanding this illusion and how it fits in with reality is a key to understanding many of the mysteries of the Course. We will cover more on this later.

Most religious believers in God see Him as complete and in need of nothing. He just created us out of the goodness of His heart, but if we cross Him in any way He will either annihilate us or send us to hell, so we will cease to be any bother for Him.

The Course takes a significantly different view on this. First, we are told that God loves all his creations and has no desire to punish them or bring them pain. In addition, God does not want to be alone and is lonely when any part of creation attempts to separate itself from Him.

Then there is this:

“You dwell in the Mind of God with your brother, for God Himself did not will to be alone.” T-11.I.1

“God is as dependent on you as you are on Him, because His Autonomy encompasses yours, and is therefore incomplete without it.” T-11.IV.7

So ACIM tells us that God did not set up his kingdom alone and it is contrary to His will that he be alone.

And why is that?

So, the Course presents the rare teaching that neither God or us is complete without each other. God needs you and me and all of his creations to be complete. As it is, the Sons of God thought they could create a more interesting universe than God had at the home front, and like typical children who reject the values of their parents, they thought they could do better and made this dream world in which we live. Basically, it has been the playground for the Sons of God.

But then, like the Prodigal Son, we eventually get tired of the pain and sorrows we have to endure here and decide to return home.

When we do, instead of being rejected, God welcomes us back with open arms – for He is lonely without us.

In relation to this the Course says:

“His Son removed himself from His gift by refusing to accept what had been created for him, and what he had created in the Name of his Father. Heaven waits for his return, for it was created as the dwelling place of God’s Son. You are not at home anywhere else, or in any other condition. Do not deny yourself the joy that was created for you for the misery you have made for yourself. God has given you the means for undoing what you have made. Listen, and you will learn how to remember what you are.” T-10.V.11

3 thoughts on “The Mysteries of A Course in Miracles, Chapter 4”