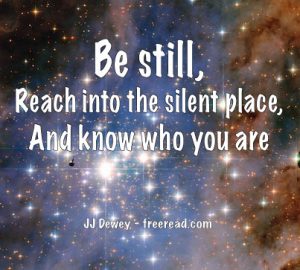 Chapter Three
The Message of the Course

Back around 1980, when I first studied the Course, a lot of the profound material in it went over my head. I recognized that it was a revelation of a high order, but at first I saw it as teaching the same thing as many other teachings I had studied, but just using a different terminology.

And what was that?

Well, I went through everything the Christian religion had to teach, then on to all kinds of teachings in New Age philosophy and on to Theosophy, Eastern religions and the Ancient Wisdom of the east.

They all teach some version of salvation. For Christians it is an after-death movement to heaven where you live with God and Jesus. For New Agers it is all kinds of things from being picked up by flying saucers to moving to a new dimension. For the esoteric thinkers it is freeing ourselves from the wheel of rebirth and going back to our formless Source. We then rest there until we are ready to incarnate into a new universe based on the principles of illusion but of a somewhat higher order than before.

When I first studied ACIM I figured it was in harmony with the eastern teachings of liberation, that we were living in a world of illusion and needed to see the true reality so we could finish the schooling here as soon as possible.

Then, when I studied the course for a second and third time, I began to see differences that set it apart from anything else that is in the spiritual mainstream.

The reason many casual students do not see the main purpose of the book is that the key ingredient of the whole presentation is not given until near the end of the main text. When I first read it I found it to be in contradiction to everything I had accepted so far, and it caused me to do much additional reflection on the course. And what is this mysterious teaching?

ACIM teaches that the whole creation of the perceived universe including all form, time and space was a big mistake, and the purpose of the Course is to correct the mistake and take us home to a mysterious heaven where there is no form, no time and no differences but merely oneness, peace and bliss.

The only teaching I know of that comes close to this is in some gnostic writings that teach that the universe was not made by the Most High but a lower being called a Demiurge. Some Gnostics considered this being evil while others see it as simply misled.

Here is the main quote from the Course that caused me to do some rethinking:

“Let us return the dream he gave away unto the dreamer, who perceives the dream as separate from himself and done to him. Into eternity, where all is one, there crept a tiny, mad idea, at which the Son of God remembered not to laugh. In his forgetting did the thought become a serious idea, and possible of both accomplishment and real effects. Together, we can laugh them both away, and understand that time cannot intrude upon eternity. It is a joke to think that time can come to circumvent eternity, which means there is no time.” T-27.VIII.6

So then, according to ACIM, the creator of the visible universe was a holy being, called the Son of God, with all the attributes and creative powers of God. This Son is composed of all the lives in the universe, including you and me. Together, in an ancient time, we conceived this “mad idea” and created a universe based on principles of illusion that wound up placing us within it in a dreamlike state. We thus became trapped here thinking the dream is real when it is not. The purpose of the Course is to wake us up to our error as soon as possible.

A huge obstacle to us waking up is guilt and fear. This resides in us as a residual effect of attempting a creation that was contrary to the will of God. This produced an inner fear that we offended God and he may be angry with us. This has created a natural inner reluctance to approach God and return to His presence.

The solution presented is A Course in Miracles. If we follow the teachings, we are told we can save thousands, perhaps millions of years in this dismal existence and return to the awakened state, which, we are told, is so much better than this reality. The Course calls it heaven, our eternal home.

The Course tells us that we are the Prodigal Son who left his home and squandered his inheritance. Like the son in the parable, we feel unworthy to return home for fear our Father will not accept us. Instead, the Course tells us that God is waiting with open arms for our return. The only obstacle in the way is our thinking.

The purpose then of the Course is to correct our thinking so we can escape this inferior world of illusion and death and move back home where we enjoy eternal life and joyousness. Therefore, unlike numerous other spiritual philosophies that deal with many aspects of life and cosmology, the Course focuses on overcoming those obstacles in thinking that stand in the way of our restoration to the presence of God.

Fortunately, in the process of guiding us in this direction, the Course does make comments now and then giving hints and details that touches on other mysteries of existence, and we shall be exploring some of these.

The basic obstacles the Course attempts to assist us with to make a return home possible are:

(1) Overcoming Fear. Of all the obstacles in our way, this is the biggest one, and, according to the Course, our greatest fear is the fear of God. Because of our apparent rebellion and attempt to make a world that is separate from God’s real creation, we have a natural fear that we are an offense to God and would be rejected by him.

One of the main teachings of the Course is that this is self-deception that needs to be realized and transcended. The key to accomplishing this is through the understanding of and sharing of love. Along this vein the Course says this:

Then there is not perfect love.

If there is fear,

It produces a state that does not exist.” T-1.VI.5

The Course makes a number of clever paradoxical statements like this. Most believing students love them, whereas others find them frustrating or inconclusive circular reasoning.

For instance, the orthodox left brain mind would reason that if there is fear, which is a state of mind, then that state of mind would exist or we wouldn’t even be talking about it.

On the other hand, the right brain merely accepts such words as true like a beautiful piece of poetry.

(2) Forgiveness. The Course powerfully teaches that we cannot wake up to our true reality without forgiveness. Seeing our brothers and sisters as guilty of sin of any kind keeps us trapped in the dream.

It has an interesting take on forgiveness that I haven’t seen presented anywhere else before.

It tells us that the orthodox idea of forgiveness is to see the other guy as committing a sin or offense of some kind, and to forgive in the regular sense means that you place yourself in the superior position of being big hearted enough to overlook the guy’s error.

It tells us that this is not forgiveness at all, for we still see our brother as a sinner and guilty. Instead, we just see ourselves as being in a superior position.

On the contrary, it tells us that true forgiveness involves the person seeing the offense as something that never even happened. If the offense did not happen there is nothing to forgive and your brother is sinless.

If there is nothing to forgive, then forgiveness is instant and effortless.

This seems to be a strange doctrine unless one soaks in its reasoning, which goes something like this:

Suppose you have a dream that your best friend and business partner withdrew all the money from your joint account and ran off to Rio with your wife.

In the dream you were so furious that you wanted to kill the guy, not to mention your wife.

Then you wake up to the real world and discover that the offenses did not happen at all, but it was just a dream. Your best friend is still your best friend and your wife is still faithful.

You wipe the sweat off your brow and think to yourself, “A few minutes ago, I wanted to kill them both and now I love them as much as ever because nothing really happened.”

“There is nothing to forgive. It was just a dream.”

Like it or not, that is the reasoning ACIM presents as the attitude we must have toward forgiveness in this physical life, which it says is a dream.

I must say that this attitude is helpful in my life and I already used it to a degree before I read ACIM. It indeed helps to tune out offenses if they are seen as never existing.

(3) Grievances. A grievance is closely related to forgiveness, and the student must let it go before complete forgiveness is possible.

(4) Guilt. Guilt is closely related to fear, and creates an illusionary feeling of unworthiness. If the prodigal son feels unworthy, he will not attempt the journey home and risk being rejected by his parents.

The Course tells us that guilt is caused by allowing the ego to supplant the true God. When this happens, we are under the power of the illusion. This problem must be seen in the correct light before the pilgrim can take solid steps toward liberation.

(5) The Special Relationship. The tendency is to show love and acceptance to those special people we care for and not to others, but the Course tells us that we must see Christ in all people, even the irritating ones. Our love for all must have no barriers.

(6) Overcome the Ego. Students must see themselves as united with the One Great Life which is God rather than as separate individuals identified with a body. One must identify with the spirit rather than the form, with the eternal rather than the temporary.

(7) Acceptance. To awaken from the dream, one must accept the guidance of the Holy Spirit, often called the Inner Voice. For many lifetimes the student has followed the outer voice of the ego and this must cease. The direction must be changed from the lower temporary voice to the Spiritual Eternal Voice. This spiritual guidance must be followed if we wish to see beyond the illusion and awaken.

This is easier said than done because of the great investment each of us has in the world of form. Attachments are strong and students have great difficulty in letting them go… until they do.

The Course covers numerous other topics to aid students on the path to liberation, but these seven are the main roadblocks wherein the emphasis lies.

Some complain that the half million words in the Course have a lot of repetition saying the same thing. Yes, it does repeat itself at times but never exactly and always supplying new insights that need to be absorbed. And in the seeming repetition are many side comments and hints into mysteries that go beyond salvation. We shall explore some of these.