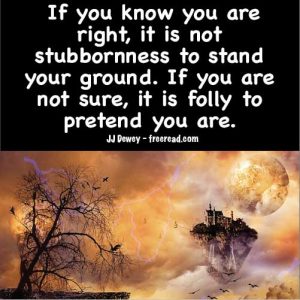 I thought I would wrap up the subject of conspiracies. The reason I brought up the subject and presented a few is the discerning the truth of these things takes a strong mental effort. The reason is that each of the false conspiracies present so much evidence, witnesses and reasoning that they can convince by the sheer volume of material on the subject.

The idea that we did not go to the moon is a good example. There are still many who have not heard of this conspiracy, but enough have heard of it that 22% of the American people believe that we did not go and that a conspiracy was involved. This means that a fairly large percentage of those presented with the data accept it. One of the reasons so many are convinced is the large amount of information available.

It is also interesting that over 90% of the Muslims in the Middle East believe we did not go to the moon.

I checked into the arguments of the moon conspiracy one by one and found a reasonable explanation for each one.

For instance, the believers ask why the Apollo Astronauts never photographed any stars save a few. The answer is that the brightness of the moon’s surface made the exposure rate too small to capture their faint light. For proof just look at pictures of the earth, that we know are real, from the space station. The sky in the background is always pitch black in the pictures just as with the moonshots.

One clincher I just mentioned was the retrieval of parts of the unmanned Surveyor III by Apollo 12. Surveyor had been on the moon for three years and when its camera and some parts were brought back to the earth and examined by scientists it was shown to have wear from micrometeorites and cosmic rays consistent with being on the moon for three years.

Overall I am not convinced at all by this conspiracy.

Members also researched the Philadelphia Experiment and although it seemed to be a marvelous mystery, desirable to believe, most concluded that nothing happened as mysterious as was supposed.

The third conspiracy was the accusation that Bush, the government, the military, the Jews, etc were behind 911. We didn’t get much discussion on this for the conversation drifted toward Bush and the war instead.

I’ve studied both sides of this issue and have concluded for myself that 911 is pretty much what it is presented as being – an attack from Muslim extremists who want to destroy civilization as it is and revert to a more primitive state with their version of Islam in control.

So do I believe that all conspiracies are unfounded?

No. There’s always some type of true conspiracy at play, some with good intent and some evil. The most common conspiracy which succeeds is, unfortunately, murder. I believe that John as well as Robert Kennedy and Martin Luther King were all killed through the influence of conspirators.

I’m not sure that a full blown conspiracy was behind the Oklahoma City bombing, but I believe that there were a number of people involved that were not caught and McVey received some foreign help.

When we hear talk of conspiracy we have an opportunity to sharpen our minds and judgment by examining both sides and attempting to discern the truth.

In the present discussion we are talking about the various astral wars. One of these fronts put forward was Capital punishment. It is indeed true that there are two sides warring on this subject.

Those who oppose it see it as the ultimate punishment, as if there is no punishment worse than this.

Reader Response: I think living the rest of my life in prison would be a much worse punishment because one could easily dig oneself deeper into more and more negative karma.

JJ: True, but the very punishment of being in prison being stripped from your freedom is pretty tough by itself.

Answer this. How many years would you have to be in prison before death would be preferable from the standpoint of your soul? That is when would you as an entity would move ahead faster through the door of death than prison and physical life.

It is interesting that only two people answered this question. The rest of you gave your philosophy about how there are good and bad people in prison and that if one has a good attitude he can still make use of his time etc.

I want you to consider that this question has a specific answer and it matters not whether the prisoner is enlightened or a degenerate.

The fact is that anyone can get some advantage out of any situation, but that does not mean it is desirable to be in that situation.

A situation where there is loss of liberty, movement and expression is indeed a detriment that only the foolish desire.

A reader has a good argument that there are times in the life of the soul where it is desirable to live the life of the monk, but many of us have already been monks or nuns. And even here there is only a limited time frame where this solitude is useful and in prison you generally do not have gentle monks as your associates.

The soul always seeks to guide us in those paths that lead to greater freedom and a release from those things that imprison us.

It is true that we often make our own prisons, but these are our own choosing. Few choose to go to physical prison. When the prison of our own making becomes too powerful our own souls often lead us to death and then prepares a new incarnation for us with the memory wiped clean so we can have a new opportunity to advance toward freedom.

Now think about the question again. Even tough it is true you can do some good in prison I doubt if you want to go there or spend much time there. How long would someone have to force you there before you would choose death instead?

Someone mentioned the figure of 20 years which seems reasonable. How about 100 or 1000? What sentence would you have to hear before you would choose the death penalty instead?

Do you think 20 years is a figure that would apply to you or would it have to be longer?

A point is well taken that the victim is often overlooked. Another makes a good point that prisoners should work and get paid and reimburse the victim. I’ve often thought it silly that the criminal will often do damage to a victim and then the state fines the criminal and keeps the money giving none to the victim in many cases.

From the eyes of the soul though the interest is in the whole. We have all been victims as well as offenders and no matter what situation we are in the soul leads us to our next step on the path of freedom and liberation if we will just listen.