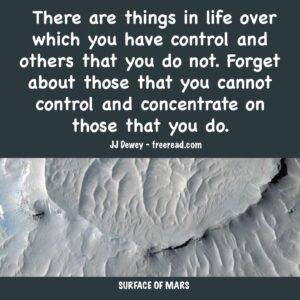 Out of the Mouth of Christ

The next scripture to examine is:

“And thus I saw the horses in the vision, and them that sat on them, having breastplates of fire, and of jacinth, and brimstone: and the heads of the horses were as the heads of lions; and out of their mouths issued fire and smoke and brimstone. By these three was the third part of men killed, by the fire, and by the smoke, and by the brimstone, which issued out of their mouths.” Rev 9:17-18

Most students interpret this to be John’s method of describing modern warfare such as helicopters, warplanes, tanks etc. The description does match close enough to impress the modern-day student that perhaps John did see our day.

Even so, the literal student will get frustrated and error if he tries to find literal physical fulfillment verse by verse.

Sections of the book, not in any particular order, will have periodic physical fulfillment, similar to the writings of Nostradamus, but they go deeper than did he in that they give a unified presentation of the spiritual evolution of the disciple who is following the path of Christ.

We have established that the riders represent the “innumerable” angelic and intelligent beings with whom the disciple obtains contact through the Oneness Principle when he uses the sixth angel or the sixth chakra in the forehead.

These beings support him in a spiritual war where he slays the lower elements of his nature that distract him from progress.

These invisible beings, who have gone on before, have “breastplates of fire, and of jacinth, and brimstone.”

A breastplate is a piece of armor which protects the warrior from injury to the heart or a mortal injury. These spiritual beings are said to be members of “the church of the firstborn” are thus protected from the sufferings and distress that afflict regular humanity. This protection is expended to the progressing disciple who establishes communion.

The protection is threefold.

(1) By Fire. Fire here comes from the Greek PURINOS which is derived from the Greek PUR which can be translated as “fire, fiery, or lightening”. The word indicates a display of light and is a symbol of the passion through love that drives the disciple toward the presence of God.

By moving into the light the disciple receives protection from the negative forces of the earth.

(2) By Jacinth stones. These were normally dark blue in color. Blue is a symbol of the higher mind and divine thought which is light itself.

By tuning into the thoughts of God the disciple is not distracted by the illusion of lower distracting thoughts.

(3) By Brimstone. This seems like an odd thing to have on a protective breastplate until we examine the Greek. This word comes from the Greek THEIODES which comes from THEION which is the neuter of THEIOS which in turn comes from THEOS. THEIOS is interpreted as “Godlike” or “divine”, and THEOS is “God.

The third element that protects the disciple is the power of God within.

We thus see that the disciple is protected by “light and love and power,” as expressed in the Song of the 144,000.

Those unified in the thoughts of God ride upon strong horses of intelligent activity whose heads “were as the heads of lions.”

The lion is the most terrifying of all creatures for the unprotected person. It is also a symbol of the Christ consciousness as well as the sign of Leo, which represents, in its highest aspect, divine fulfillment and joy.

While Christ was here on earth, he not only had the God consciousness, but had a consistent inner fullness of joy no matter what was going on around him. Instead of seeking the source of this joy many feared him more than the dreaded lion. Why? Because his joy was so different than the weariness of the soul felt by his enemies. People fear, more than the lion, that which is different from themselves.

Out of the horses’ mouth issued forth “fire and smoke and brimstone. By these three was the third part of men killed, by the fire, and by the smoke, and by the brimstone, which issued out of their mouths.” Verse 18

Smoke is substituted for Jacinth here, but the symbolism is the same. Smoke is symbolic of thought. Divine thought in the midst of carnal logic is seen as suffocating smoke which can only destroy.

Those elements of the lower nature which must be dropped to open the sixth chakra are destroyed by fire (love), smoke (thought) and brimstone (divine power).

These three things come out of the mouth of the horse with the head of a lion (Christ).

The disciple, nearing the end of his journey, learns to speak those words which present divine love, light and power to the heart of man.

“For their power is in their mouth, and in their tails: for their tails were like unto serpents, and had heads, and with them they do hurt.” Verse 19

“Power” here comes from EXOUSIA which should be translated as “authority” here.

The authority of the disciple on the path of Christ comes not from any outer decree but from the words of his own mouth. His words are eternal words, which shall not pass away, and have an authority of their own as soon as they are spoken.

Authority also comes from the tail, which is like unto a serpent. This is the symbol of wisdom of the disciple after the kundalini is raised. His words and his wisdom are so strong that they “hurt” those who do not desire to move forward.

The next verses are

“And the rest of the men which were not killed by these plagues yet repented not of the works of their hands, that they should not worship devils, and idols of gold, and silver, and brass, and stone, and of wood: which neither can see, nor hear, nor walk: Neither repented they of their murders, nor of their sorceries, nor of their fornication, nor of their thefts.” Rev 9:20-21

Youth cannot know how age thinks and feels. But old men are guilty if they forget what it was to be young. J. K. Rowling, Harry Potter and the Order of the Phoenix, 2003