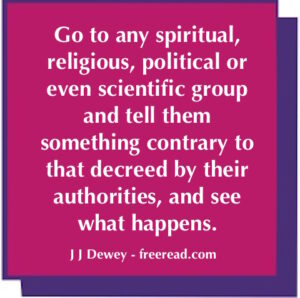 After posting several chapters from my book, Fixing America it appears that it would be helpful to add some esoteric clarification of the two sides, the left and the right or the Democrats and Republicans.

The Republicans will excel in their lines of influence and the Democrats in theirs. Let us take a look.

Ray One governs politics. Because the Republicans are polarized along the line of this ray, they see with greater clarity what is practical in the application of political thought. A book could be written on why this is true, but all I will do at present is make this statement.

It is certainly true that Democrats are no sleeping violets in the political world and this is because they dominate the sixth Ray which governs emotion and strong authority. They use these two ingredients of this ray to gain political power beyond the political process itself.

The Democrats dominate Ray Two of love wisdom. This has a powerful teaching quality. This is why most teachers are Democrats. They have a natural affinity for teaching and their emotional energy helps them to convey their message with conviction.

The Republicans dominate Ray Three of active intelligence and gives them more power to reason and discriminate between what will work and what does not work. This is why they dominate in business. A business cannot succeed on good intentions and good feelings but can only succeed if it has a workable marketing plan that is executed. This also causes them to excel in talk radio where the issues are analyzed.

The Democrats really dominate Ray Four, which is harmony through conflict and governs creative energies. They thus excel in creative writing, movies, broadcasting and most of the media. This gives them tremendous power to present their dreams and visions to the public.

Ray Five is the Ray of and Concrete Knowledge and is dominated by Republicans. This makes them better at analyzing data and coming up with true applications and workable facts. Science is mostly governed by this ray, but is influenced strongly by rays 2, 4 and 6 making the use of science a battleground between the parties.

Ray 6 is dominated by Democrats, as mentioned earlier. This gives then much greater power to convey their ideas with emotional appeal and greater authority. Even when they have a bad idea, they can convince the masses that it is a good idea because of this power.

Ray Seven is the ray of ceremonial magic and governs organization. Because it is a synthetic ray neither party dominates for long in the use of its power. They both use this ray to organize and get the most out of their rituals and traditions.

You’ll note that both Bush and Kerry were members and brothers in the Skull and Bones Society, which is governed by this ray. The Ray Seven influence appealed to them both.

Hell hath no fury like a bureaucrat scorned. Milton Friedman US economist (1912 – )