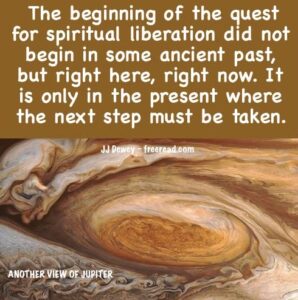 The Third Part of Men

The next verses of Revelation to interpret read:

“And the sixth angel sounded, and I heard a voice from the four horns of the golden altar which is before God, Saying to the sixth angel which had the trumpet, Loose the four angels which are bound in the great river Euphrates. And the four angels were loosed, which were prepared for an hour, and a day, and a month, and a year, for to slay the third part of men. And the number of the army of the horsemen were two hundred thousand thousand: and I heard the number of them.” Rev 9:13-16

What are the four angels bound in the river Euphrates and what holds them bound?

First, have we seen these angels before? Most probably. Remember this is the sixth angel that is sounding its trumpet and we saw this angel at the opening of the sixth seal where it is written:

“…and he cried with a loud voice to the four angels, to whom it was given to hurt the earth and the sea, Saying, Hurt not the earth, neither the sea, nor the trees, till we have sealed the servants of our God in their foreheads.” Rev 7:2-3

Here we see the four angels were bound so they could not hurt the earth, the sea and the trees. They were bound until the disciples are sealed “in their foreheads,” or the sixth chakra is functioning.

What holds them bound?

The great river Euphrates. What does this mean?

This river represents the life energy that feeds the lower self, or lower quaternary. Because only the element of water is mentioned here (water symbolizes emotion) we are to understand that the emotional self or the solar plexus is the main binding agent.

The emotional self is the cause of the problem of glamour, which is enabled by the great power of the ego that needs attention and recognition to survive. The awakening of the third eye through the raising of consciousness (sounding the trumpet) causes the disciple to realize that there is a greater source of life than that which feeds the lower self. He discovers that if the higher self is fed the lower self is also fulfilled.

Seeing beyond the emotional world for the source of life looses the four angels, or forces that feed the lower self. He hears the voice of God within, not only from the higher centers but as it now circulates through the lower nature as well. He sees that all life is one, that all energies are spiritual if they are directed toward spirit. He never fully realized this before. He always saw the lower nature as an enemy to God, but now sees that the four forces are “loosed” and are no longer directed toward selfishness, but can serve higher will through he energies of the soul.

In order to insure this right direction they must be commanded and directed by the awakened “sixth angel.” Thus does the disciple use the sixth chakra to direct that which used to be bound. The four angels were bound because they were randomly destructive without this higher direction.

The next two verses read:

“And the four angels were loosed, which were prepared for an hour, and a day, and a month, and a year, for to slay the third part of men. And the number of the army of the horsemen were two hundred thousand thousand: and I heard the number of them.” Rev 9:15-16

This is one of the more terrifying parts of the Book of Revelation for modern believers. For one thing, an army of 200 million men was impossible in the days of John for that was close to the population of the entire planet at that time, including women, children and people abroad.

But now in this age where the earth has six billion inhabitants such an army is possible. Some Bible students fear that the Chinese could raise such an army, or perhaps the United Nations.

In addition, it is frightening to read that this great army will slay “the third part of men.”

What do you think? Did John mean this to be taken literally, or is there another meaning?

“And the four angels were loosed, which were prepared for an hour, and a day, and a month, and a year, for to slay the third part of men.” Rev 9:15

It is interesting that even though the horsemen do the slaying that it is the four angels who are over the horsemen. When they are no longer bound these are the ones responsible and in charge of destruction.

As the disciple moves forward in spiritual evolution at first it is difficult and time consuming for him to let the old thoughtforms that no longer serve him be destroyed.

The two longer periods of a year and a month are connected with the force of maya as it deludes us and pulls us toward matter through the physical body and the life-giving energies of prana that flow through it.

There is a certain year that it dawns upon the disciple that he needs to control his body and take good care of it.

There is a certain month that it dawns upon him that he must direct his passions and sex energy toward the higher way.

The third angel directs the solar plexus and the emotional world of the disciple. This creates the problem of ego and glamour for him.

There is a certain day that the disciple realizes that his ego and emotional self must yield to spirit and pure reason.

The fourth angel governs the lower mind and throat center. This creates the problem of illusion where even the sincere disciple is tricked into incorrect thinking through flawed foundation beliefs.

Illumination that dispels illusion comes quickly when it does come. Within a certain hour of intense reflection and experience his world comes falling down and he realizes that much of what he has dearly believed was wrong.

All this change leads to what? The scripture says “to slay the third part of men.” Now surely the disciple is not going to rush out after achieving some enlightenment and slay a third of the population.

To find the answer we must ask what is actually slain?

Whenever the disciple moves forward in spiritual progress he finds there are always elements that held him bound that must be slain.

When the Christian reads about the slaying of the third part of men he will generally think that God is allowing this to rid the earth of sinful people to bring a more righteous balance.

If this impression from reading the verse is true then how do we apply it to the disciple? What must be slain to bring more balance in his life?

What are the two energies that govern us and throw us in and out of balance?

These are the energies of male/female. These are expressed as sending and receiving, teacher/student, radiant/magnetic, action/acted upon, aggression/victim etc.

There is a time arrived at by the disciple where he realizes that many of those who have dominated his life with male energy and have been his senders, his teachers and his authorities have been completely wrong. As he reflects he sees value in two thirds of what he has received, but one third of “men” (male energy) he has previously received must be eliminated or “slain’ no longer having any life to distract him again.

As he rejects and slays the third part of the male energy governing his life he then explores his female side and his nature becomes more nurturing, gentile and loving.

To slay a third of the thoughtforms and ideologies which held him bound the disciple not only uses the assistance of the four angels, but of a large number of horsemen.

How large is the number? It is difficult to tell. The number is literally translated as “two, ten thousand, ten thousand.” The word “times” is not in the original but implied. If we use that implication, we can translate it as 2X10,000X10,000 which equals 200 million.

Now “ten thousand” comes from the Greek MURIAS which is not always translated as 10,000. It is sometimes rendered “innumerable” or “myriad.” Myriad is derived from this Greek word. For instance, when Jesus was teaching before a large crowd we read: “In the meantime, when there were gathered together an innumerable (MURIAS) multitude of people…” Luke 12:1

In this case here the number was not exactly 10,000, but the writer was merely expressing the idea that there was a large number of people.

Another interesting point is that the number MURIAS was the largest number for which they had a word in that day. If you were attempting to describe something beyond your power to count you could just use this word. It corresponded somewhat to our word ‘infinity” today.

What are the horsemen? As we said earlier a horse symbolizes intelligence working through the lower nature. A rider on the horse directs that intelligence toward a desired end.

That desired end is the neutralization or destruction of at least a third the lower energies which pull the disciple toward matter or deceive him. As the disciple makes a major leap toward spirit he finds he is not alone on this path. With him are the four angels and an unlimited number of souls who have crossed this bridge before him and lend him support through the Oneness Principle. He cannot see these beings, but he feels their support.

Note the use of the word in the following scripture: “But ye are come up unto mount Sion, and unto the city of the living God, the heavenly Jerusalem, and to an innumerable (MURIAS) company of angels (messengers). To the general assembly and church of the firstborn, which are written in heaven…” Hebrews 12:22-23

We see that the inhabitants of heaven are described with the same number as the number of horsemen who assist the disciple in slaying his lower nature.

Now is it possible that a physical externalization of this prophecy could happen, that an army 200 million men (or an immense number) in modern weapons could surface to destroy a large part of humanity?

Yes, there is a good chance this could happen sooner or later, but remember that that these prophesies contain those “things which must shortly come to pass.” Rev 1:1.

It’s been 2000 years now and if we wait long enough most anything could eventually happen. All the things in the book did shortly come to pass on the inner planes in the lives of disciples who were alive in the days of John. Fortunately, they are still coming to pass today in the lives of a much greater number than ever before.