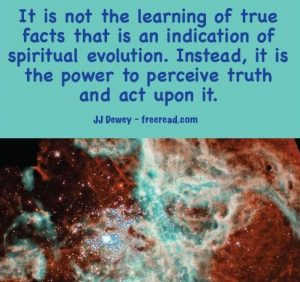 Question: If some controversial political leaders are initiates then where does that place members of this group who are seeking spiritual values?

Just because someone is a member of this group or any other metaphysical or spiritual group does not place him or her above or below leaders in politics, business, science or anyone else on the path. Where you are depends on your personal progress and the relationship you have with soul and spirit. Joining the Keys or any other group is not a sign of initiation. Joining this group is generally a sign that the participant wants to advance spiritually and therefore would qualify him to be an aspirant or higher.

In this group there are several initiates, but there are also aspirants who have not attained initiation. There are also probably a few curiosity seekers, not particularly serious about the path.

Question: What kind of initiations and organizations are you talking about?

Organizations have nothing to do with initiation into the Brotherhood of Light. An initiation is recognized by them when a certain level of attainment has been reached.

The majority of initiates will be found working in what is generally considered non spiritual endeavors ranging from politics, to science, to business, to education, to creative endeavors. Steven King, Tom Clancy, Steven Spielberg are initiates, for example, as well as several other people I could name that would infuriate some people in the group.

The important point to remember is that spiritually centered initiates only constitute about 14% of the achievers. All the fields of endeavor are, of course, spiritual from a higher point of view, but to the general observer, the making of movies, or a business venture is not considered spiritual.

Few of us would agree with or see only good in many who are thought to be initiates. When seekers speak of initiates in a generic way they often see them as saintly, but when we meet a real live one we are likely to become infuriated by them.

Abraham Lincoln was a fourth degree initiate, and now that history has judged him, most people recognize he was a great president. But this was not the case in his time.

The New York Times and other papers continually attempted to paint a picture of him as a stupid oaf and often compared him in looks to a dumb ape. They accused him of being a low life who told bar room stories way below the dignity of a president.

The religious people thought he was an anti Christ because he did not belong to any church and even had séances in his home. His own cabinet wanted him to step aside and allow them to make the decisions because they thought he was not competent.

Lincoln had to go from a Dan Quayle type of image to a great president image which was a major accomplishment by itself.

Lincoln, an acknowledged initiate by DK, is seen by historians as brooding and possibly depressed, but whatever emotions he had, he did not let them stand in the way of following the highest he knew. Controlling the emotions so they do not distract from the mission or personal goals is the important thing.

An interesting sideline is that Joseph Smith, an initiate, advised the Mormons of his time not to vote for Abraham Lincoln, another initiate indicating that initiates do not always see eye to eye.

Another point is that some of the initiates among the Founding Fathers of the United States came close to blows with other initiates.

The coming generation of aspirants and initiates must not let preconceived notions create a fog that causes us to overlook the work of the various initiates in the world who are on the left, the right and the middle of the belief spectrum.

I personally disagree with many of the initiates of the world on a number of items, but that does not negate the positive work they do.

It is much easier to look at dead initiates and honor them than it is to comprehend living initiates.

Even Jesus had only 120 followers after his crucifixion. Now he has over a billion. But if these billion were to individually spend five minutes in his presence and listen to his ideas of world change 90% would deny him as an imposter.

Question: How do you explain the fact that I get a lot stronger spiritual impression from members of our group than from any politician I now of?

Yes, I have a soft spot for members of this group also. There is not another group of people I would rather associate with. This does not discount the fact that there are aspirants, disciples and initiates who have soul contact (from time to time) who are scattered as yeast within every major organization and philosophical train of thought upon the earth.

Comment: It seems to me that the real initiates often get no recognition. How about the guy who really wrote MS-DOS and sold it to Bill Gates for $50,000 as just one example?

The fact is that for every one person who can take an idea, or invention, and materialize its appearance on the physical plane for mass consumption, there are a hundred idea people who never go anywhere.

It is easier to come up with an idea or invention than it is to bring it (through much resistance) to the public and convince them to use it.

The point is that Gates would have initiated something significant no matter how Patterson would have reacted to his offer and the general public still would not know who Patterson is.

To materialize a major change upon the earth takes an initiate and to think that an idea person can do this with creativity or consciousness alone is to misjudge the situation.

Our friend, Sterling, presents us with a case in point. He has done a tremendous amount of research into alternative fuels and engines. It is amazing how many possibilities he has found and a number of them in his opinion hold much promise. The interesting thing is that none of these inventors have had the initiating power to get these engines perfected and to the market. Sterling, like Gates, sees a great opportunity here. He has a great desire to find an alternative engine and get it into the hands of the people. Because I have some understanding of the difficulties in initiating, I surmise that he has bitten off more than he initially realized. Even so, he is plugging away at it and if successful he will indeed prove himself to be an initiate.

An initiate is one who initiates. To dream and create in the imagination is only the first step. To build a prototype is a second step. But to get the concept into the hands of the public and convince them to buy and use it is by far the most difficult.

Initiation as it is defined in the Ancient Wisdom is too complex of a subject to cover here. It is a subject we have not covered in much detail yet but hope to one day.

There are many things involved in passing the various initiations, which are seven in number for this planet, and two to be taken on more advance systems. There is one common thread that will ruin through them. The initiates will be working on initiating something beneficial for humanity.

The giving out of revelation by DK through Alice A. Bailey in this century and another disciple later in this century is part of an initiation that he is personally working on. One must admit that his teachings so far have initiated significant change in the way many think.

May this group also change the way many in the world think – for the better of course.