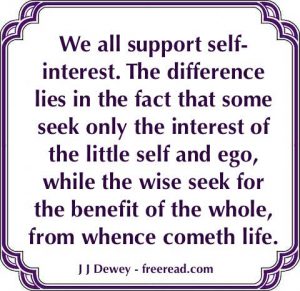 Reader comment: The initiates you mention are basically rich and famous. I would assume that one need not be in that category to be an initiate.

You are on the right track here. For one thing there are not enough rich and famous positions to accommodate all upcoming initiates and, then too, many of the rich and famous are not initiates.

Actually, the initiate is more likely to be infamous and low on funds than rich and famous. For teaching purposes it is advantageous to point out initiates who are known to us rather than unknown figures of whom we know nothing.

The thread that runs through the work of all initiates is that they will be working with great focus on initiating service to the world. The greater the initiate the greater will be the vision and the work.

I will add this. An initiate of the fourth degree or higher is usually working with initiating service with world wide effect so these people will sometimes attain world wide recognition. This will change though as more fourth degree initiates appear and work with group endeavors.

Some initiates do work behind the scene and create an effect as powerful as others who are well known. DK tells us the disciple must be prepared to work for no recognition on the physical plane if this is what the situation requires. On the other hand, during other times recognition is essential to get the job done. The principles are black and white, but the rules are not.

Let us look at the principle here which is this. A person can recognize those of his own consciousness and below. Even a Dark Brother can recognize and understand his own.

But those who have not attained in consciousness cannot, on their own, correctly judge the higher. He may have a revelation of the higher or he may be taught about the higher and have an intellectual grasp. He can also gain understand by using the Law of Correspondences. In this way he may have some understanding, but not a full comprehension because of a lack of experience with the higher consciousness.

Many beginners on the path think they are about as high as they can get and understand the full range of consciousness. These people would be embarrassed if they knew their true situation.

Comment: It is a rocky road for lesser mortals that discussing people’s spiritual status and degree of soul contact as is fraught with difficulties.

Good point. This is why the only initiates I will identify are either dead or do not know I exist, and this is for teaching purposes.

If I were to say that Glenys is X degree, John Y degree and Rick Z degree, this would open a can of worms that would destroy the group.

I may identify group members who are working on initiating something, but this only means they are headed the right direction and this alone gives no indication of their status.

As soon as the thought of status becomes a major point in our consciousness the effectiveness and progression is reduced to near zero. We must forget ourselves and become emerged in the saving work for which humanity pleads. In this there is joy and if the disciple has as much joy as he can handle then only his direction has meaning – not status.

Comment: Perhaps students should search on the internet for all the information available about the Brotherhood of Light for a better understanding.

This is fine with me but first let me give you some advice.

Every organization and individual, no matter how great their illusion, who has dabbled in metaphysics or New Age philosophy thinks they are either on the side of the Brotherhood of Light of their direct representatives. It’s just like every Christian Church sees themselves as the one Jesus would approve of.

Do you think that representatives of the Dark Brotherhood advertise themselves as “The Lodge of Dark Brothers – Come join us.”?

No. Even these present themselves as messengers of light and love.

So in the search for the Brotherhood of Light one must search by the light of the soul.

And as long as you are running things by the soul, I would recommend starting with the writings of Alice A. Bailey.