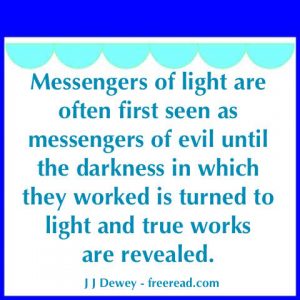 The Avatar of Synthesis

Question: Is there any special reason for your focus is on the Avatar of Synthesis rather than the entire triangle of which he forms a part?

Actually, this avatar (as well as others) work through several triangles of which they form a part. You mention that the Avatar of Synthesis forms a triangle with Buddha and the Spirit of Peace to aid the Christ. Here is another triangle mentioned by DK: “The Christ is working, therefore, in very close cooperation with the Master Morya, and also with the Manu (one of the three Heads of the Hierarchy), and these three-the Christ, the Manu and the Master Morya-create a triangle of energies into which (and through which) the energy of the Avatar of Synthesis can pour, finding right direction under Their combined efforts.” Externalization of the Hierarchy, Page 663

Another triangle would be the Avatar of Synthesis, the Planetary Logos and the unnamed logos from his originating system.

DK’s descriptions of the various triangles are useful to us as we use the Law of Correspondences and seek to understand the energies and entities at play in the scheme of things. This gives us some seed understanding in applying various forces and combinations in our own work.

My mentioning of the Avatar of Synthesis at the gathering was in connection with the principle of invocation. I pointed out that the Great Ones can be invoked by the power of focused attention, especially the focused attention of a group. I added that an important entity for whom the group to capture the attention would be this specific avatar.

DK pointed out (while he was working through Alice A. Bailey), that this Avatar was making an approach to the earth and expressed the hope he would work through groups and a specific avatar in incarnation. While he did indicate the Avatar has made an approach he hints at the fact that his real work yet awaits a more complete cooperation of humanity. This seemed to be the situation at the end of his work with Alice A. Bailey.

I personally believe that a final decision was made by the Avatar to assist the Christ and humanity somewhere around 1978 and since then he has been working from the plane of the mind through certain disciples to affect synthetic change upon the earth. The workers sensitive to his vibration are fewer than was hoped.

On the other hand, this means there is a day of opportunity for a group of sincere seekers to invoke his attention. I mentioned at the gathering that if the group would spend the next year seeking to invoke the Avatar of Synthesis then we have a good chance to draw down his presence so the whole of the gathered group can sense his energy and purpose.

Invocation does not infringe on free will any more than calling someone on the phone does. The Avatar has complete free will as to whether he will accept or reject the call. But the fact that an invocation is made greatly increases the chances of obtaining contact for it demonstrates a willingness to cooperate with the Greater Lives. After the Avatar’s attention is gained he will then look at the individuals and the group as to their usefulness in deciding how to respond.

If certain individuals or the group contact the Avatar there will be certain signs and indications of a powerful nature that we will hear about.

Concerning the principle of invocation, I do not see anyone suggesting we throw a rope around some avatar’s neck and drag him into our presence or service. I think we all realize that the Masters have their free will and can respond or not respond to invocation.

That said, the power of invocation is great indeed. Anyone who has had kids and has been talked into taking them to the zoo or buying a toy knows this. A parent can be invoked into responding to a child he loves in many unplanned ways that lead to actions he would have never done without the invocation.

DK points out that during World War II the power of invocation made the difference that won the war. He stated that the invocation of humanity was so intense and the cry for justice was so great that it reached the ears of avatars beyond this solar system who responded by clouding the minds of the German Scientists and enlightening the minds of the Allies.

If humanity is careless an entire cycle of progress can be lost. Again DK pointed out that World War II could have been lost without the influence of invocation. He said that if this happened, the plans of the Hierarchy would have been set back 1000 years.

To invoke the Avatar of Synthesis can make the difference as to whether he works through us or not. We will not force him but we can be like the child getting the attention of the parent and thus receiving a beneficial response for all involved.

Let us focus our attention on the positive goal of calling upon the Avatar of Synthesis, the great being who is here to assist in preparations for the coming of Christ as well as the mission to come.

Here is an invocation that will add power to the plan.

From the center where the Will of God is known, let Purpose guide the little wills of men.

Let the One Great Life manifest his Purpose and send forth his Avatar.

Let this Master of Purpose come forth and amplify our wills to synthesize them with his own, giving us power to serve.

That we may prepare the earth for the Lords of Light and Love.

Let Will and Power and Purpose manifest the Christ on earth.

You will note that the mantra starts with a line from the Great Invocation. This gives us the advantage of starting our invocation with established words of power.