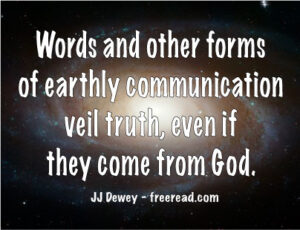 The Angel from the East

“And after these things I saw four angels standing on the four corners of the earth, holding the four winds of the earth, that the wind should not blow on the earth, nor on the sea, nor on any tree. And I saw another angel ascending from the east, having the seal of the living God: and he cried with a loud voice to the four angels, to whom it was given to hurt the earth and the sea, Saying, Hurt not the earth, neither the sea, nor the trees, till we have sealed the servants of our God in their foreheads. And I heard the number of them which were sealed: and there were sealed an hundred and forty and four thousand of all the tribes of the children of Israel.” Rev 7:1-4

First it is interesting and affirming to note that the angel from the east has power to seal in the “forehead” after the opening of the sixth seal. And where is the sixth chakra?

Let’s go through the verses and interpret these interesting symbols.

“And after these things I saw four angels standing on the four corners of the earth, holding the four winds of the earth, that the wind should not blow on the earth, nor on the sea, nor on any tree.”

The earth represents the physical body and the four corners represent the lower quaternary which is:

[1] The etheric double of the physical body, or our body that receives vital energy. The source of this vital flow is the first chakra.

[2] Prana, the Life Principle or vital energy. This is powerfully manifest through the sacral center governing sex.

[3] The Emotional or kamic body – associated with the third chakra of the solar plexus.

[4] The lower mind – manifesting mainly through the throat center.

The four angels stand for the positive spiritual energies that are manifest though the lower self after the first four seals are open. Many tend to look at the lower self as a handicap and a negative thing, but the lower centers, once mastered, (symbolized by the opening of the seals) release the energies of the God within adapted to maximizing the lower self in the service of Spirit.

The four winds stand for the energies of the four centers of the lower self (or lower quaternary) which blow out of control and are destructive unless they are held under the control of the four angels of positive spiritual energy.

“And I saw another angel ascending from the east, having the seal of the living God: and he cried with a loud voice to the four angels, to whom it was given to hurt the earth and the sea, Saying, Hurt not the earth, neither the sea, nor the trees, till we have sealed the servants of our God in their foreheads.”

When the disciple opens the sixth seal, governing higher reason and inspiration, he releases the “angel ascending from the east.”

This angel represents the Spirit and intelligence of God manifesting through the center in the forehead which is revealed after the opening of the sixth seal. This angel is closer to the source of Spirit than are the lower four angels and can thus send them instructions and intelligence.

The angel ascends from the “East.” What does this mean?

Clues is given in other scriptures:

Matt 24:27 “For as the lightning cometh OUT OF THE EAST, and shineth even unto the west; so shall also the coming of the Son of man be.”

Matt 2:1 “Now when Jesus was born in Bethlehem of Judaea in the days of Herod the king, behold, there came WISE MEN FROM THE EAST to Jerusalem,”

Matt 2:9 “When they had heard the king, they departed; and, lo, the star, which they SAW IN THE EAST, went before them, till it came and stood over where the young child was.”

The east represents the Christ energies of Love/Wisdom found in the heart center and as they “ascend” to the forehead they take the form of an angel of intuitive intelligence that sends forth intelligence to the four angels governing the lower personality.

This great angel tells the lower four angels to not allow hurt to come to the earth (the physical body – use intelligence to keep it healthy) the sea (the feeling nature – learn to be at peace with yourself) or the trees. Trees, here, are our ambitions, goals and ideals growing up in physical plane life. Even though we attempt to follow the spiritual path we must still live in the real world and nurture a certain number of plans and goals to take care of our needs as well as our loved ones.

A dreamer who has no power to manifest on the physical plane remains a dreamer of dreams that fade, change and disappear. He is of little use to God or man.

The disciple who opens the sixth seal thus must continue to live in what is called the “real world” and not allow those things that make physical life worth living to be destroyed. In this condition of peace and stability he can free his consciousness from worry and concern and thus allow the “angel from the east” to seal the name of God in his forehead.” (also see Rev 14:1)

When the disciple is free from the worries of physical health, emotional well-being and financial stability he thus has the power to serve and learn the true name of God associated with the sixth seal. This name is Jesus Christ, but the key of understanding is the meaning behind the name.

The name of Jesus Christ means “anointed to deliver.” Jesus did not intend to keep the name just for himself, but advised all of his followers to take the name upon themselves. All enlightened souls are anointed to deliver those of a lower vibration. When we have been “saved,” or elevated, by someone above us, then it is our mission to lift or deliver others to higher ground. There is a universal rule which tells us that we cannot go higher until we have given out what we have learned and assisted in lifting our brethren to where we are. When we have done this, then another will come along and lift us to higher ground. This is the principle behind the name of Jesus Christ.

When the disciple learns to be the true servant and reaches out with a helping hand that has real power to assist he then has discovered the true Christ, or name of God within, and is sealed by the power of the angel from the east.

“And I heard the number of them which were sealed: and there were sealed an hundred and forty and four thousand of all the tribes of the children of Israel.”

I cannot improve upon Djwahl Kuhl’s explanation of this in the writings of Alice A. Bailey:

Comment on previous post: It’s a bit of a stretch don’t you think……  “In the dens and in the rocks of the mountains”

That doesn’t sound like a symbolic meaning of consciousness…

JJ: The word “dens” comes from the Greek SPELAION which literally means “cavern” or “cave.” The word can by implication mean a “hiding place.” The interpretation that a cave corresponds to a hidden state of consciousness is not new but has been used from ancient times for symbolic meaning so the interpretation I gave is quite credible.

Comment: It is really not that hard to make up your own version of writings like that bible. Everyone has an opinion.

JJ: For one thing I just do not “make up” my version. I attempt to tune in to the soul and interpret from the vantage point of the Oneness Principle so it will speak to the soul of others. In doing this we have unveiled some aspects that have been hidden for 2000 years.

Some here feel the truth of what I have written because of registration through their own souls.

Every inspired writing has several interpretations which are applicable, but hundreds which are not. If you think it is easy to find one that is in harmony with the Law of Correspondences then by all means put it forward for the benefit of the group.

Others are making a great effort to do this and have presented slants different from mine which give us great food for thought, but it takes quite an effort for anyone to do this. This is why only a handful are attempting to assist in unveiling this great revelation.

Not all will be impressed with the interpretation given by anyone but no one will solve the mysteries of this book and others without making an effort.

Comment: Papyrus Reveals New Clues to Ancient World “Turns out “666” may not be the number of the Beast after all- an older version of the Book of Revelation that is among the many Oxyrhynchus Papyri currently being translated has the number at 616 . Oops.”

JJ: It is interesting that either 616 or 666 would be appropriate numbers for the beast. Today a reader quoted a previous writing of mine on the 666 which read:

“Thus we finally arrive at the core meaning of the number of the Beast, the 666. In plain English it stands for the control through the Sixth Ray Solar Plexus Center over the three basic worlds of livingness for mankind. Control over The Physical (first 6) Control over the Emotional (second 6) and control over the Mental by negation (the third 6. All three of these parts of our nature have been controlled in most of us by the Sixth Ray of idealism by the Beast.”

This has been the case now for almost 2000 years. Most churches are lead by a powerful person representing the authority of the voice of God which is really “he who, as God, sits in the temple of God and shows himself to be God.”

6+1+6 would have a similar meaning as mentioned in the above quote with the emotional self being governed by the will instead of feeling. The beast distorts the will of God to the will of man substituting for the divine will.

Either one of these numbers is fitting for the beast and it is quite possible they were used interchangeably.

War is the continuation of politics by other means. General Karl Von Clausewitz, Book: “On War”