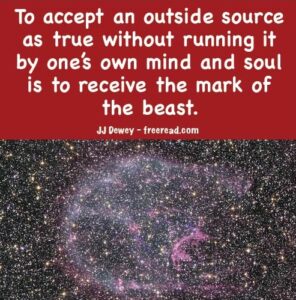 I wrote a little about 616 some time ago but have done some more thinking. Here’s some more food for thought.

666, the most notorious and feared number of all time has been challenged recently by 616.

It has been known all along that the number of the Beast has been written as 616 in some manuscripts and this fact is footnoted in some Bibles. But now some real weight is added to this by the translation of papyri found in an historic dump outside Oxyrhynchus in Egypt. In this Oxyrhynchus papyri the number of the Beast clearly reads as 616. Now what makes this significant is this papyri is around 100 years older than the previous oldest copy of the Book of Revelation. In other words, it is the oldest known fragment of John’s book on the face of the earth.

Some scriptural manuscripts have one number and some the other but the majority have used 666. To add to the confusion some manuscripts have 666 crossed out and 616 added in. Until now translators have gone with 666 in their translation of the Book of Revelation but the fact that the Oxyrhynchus papyri reads 616 and predates 666 by 100 years will make future scholars think twice, even though 666 has a better more ominous ring to it than 616. 616 sounds more like an area code than the mark of the devil.

The question arises as to why the number of the Beast has fluctuated between 666 and 616 over the centuries.

The answer lies in why numbers were used for identification in ancient Roman times. It is well known that it was very dangerous to say anything negative about any authority in the Roman empire, especially the emperor himself. To get around this problem the early Christians developed various signs and numbers to subtly communicate with each other. The sign of the cross, for instance, was a method of one Christian identifying himself to another Christian without exposing himself to those who were not aware of the sign. When identifying certain individuals, they wished to criticize they reduced their name to a number and used that in their communications.

Now the question arises as to which individuals were referred to when the early Christians used 666 and 616.

Nero has always been the prime suspect for 666. The letters of his Hebrew name “Neron Kesar” when reduced to numbers equal exactly 666. It is also interesting that the Greek spelling of another malicious emperor, Caligula, (Greek name “Gaios Kaisar”) is reduced to 616.

Could it be that the ancient manuscripts differ because there was a dispute among early Christians as to which emperor best represented the evil beast?

So even if we eliminate Caligula from the equation there is reason to believe that early Christians, who saw Nero as the Beast, may have had a disagreement as to which number better represented him.

So, is that all there is to the notorious number – that it was a code for Nero? Not quite. There is always more meaning to words that “do not pass away” than meets the eye. As I have said before the ancient Jews, who wrote the scriptures, believed that they had at least three interpretations and some of them thought it was as many as seven.

Number six represents the number of the creative energy that governs emotion and has the quality of idealism and devotion to authority. This sixth ray has dominated and governs the age of Pisces which is in the process of passing away and yielding to the Age of Aquarius which is governed by Ray 7. This will manifest just law, order, justice and organization.

The passing Age of Pisces was an emotional one indeed where we fought many a war over the Sixth Ray of idealistic and emotional differences.

In the number 666 we have a trinity of sixes representing outward authoritative emotional domination in the three worlds in which we operate as humans: (1) the physical, (2) the emotional, and (3) the mental. These three are dominated by the 6th ray or emotion when the person allows himself to be controlled like a mindless beast and herded about by an outward authority who takes the place of God. Unfortunately, this includes most of the human race. Few are able to question their authorities, but just accept “as a little child,” or a beast of burden, the direction they are led.

This leads us to another question. What is the meaning of 616 in this context?

This has been the case now for almost 2,000 years. Most churches are led by a powerful person representing the authority of the voice of God, which is really “he who, as God, sits in the temple of God and shows himself to be God.”

Now let us take the 616 and apply it to the rays and the three worlds.

The second is different in that the emotional self is governed by Ray 1. Ray 1 represents will, power and purpose and often brings destruction to make way for the new.

The third number, which again is six, represents emotional control over the mind and thinking.

666 represents domination by emotion in all the three worlds.

616 represents emotional dominance over the physical and mental accompanied by a sense of power and zeal of purpose and determination in the emotional self.

Those who bear the number 666 today will not consider the possibility that 616 has any significance and most will want to just ignore it. On the other hand, those who bear the number 777 representing the dominion of the Age of Aquarius will have no problem with any truth that surfaces. The 777 accepts truth wherever it lies and seeks to incorporate it.

We are able to laugh when we achieve detachment, if only for a moment. May Sarton