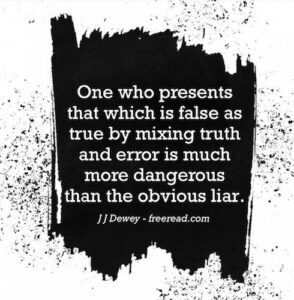 The Aquarian Gospel and Judas

I have gathered pertinent scriptures from the Aquarian Gospel that sheds more light on Judas. These are beautifully written and quite interesting.

“Ischariot and his son, whose name was Judas, were employed by Matthew and were at the tribute house. And Jesus said to Judas, Stay your work; the masters call us to a duty in the savings bank of souls; I go and you may follow me. and Judas followed him.” Chapter 88:25-26

“AS Jesus taught, a man stood forth and said, Rabboni, may I speak?

“And Jesus said, Say on.

“And then the man spoke out and said, A storm upon the sea last night wrecked many fishing boats, and scores of men went down to death, and lo, their wives and children are in need; What can be done to help them in their sore distress?

“And Jesus said, A worthy plea. You men of Galilee, take heed. We may not bring again to live these men, but we can succour those who looked to them for daily bread. You stewards of the wealth of God, an opportunity has come; unlock your vaults; bring forth your hoarded gold; bestow it with a lavish hand. This wealth was laid aside for just times as these; when it was needed not, lo, it was yours to guard; But now it is not yours, for it belongs to those who are in want, and if you give it not you simply bring upon your heads the wrath of God. It is not charity to give to those who need; it is but honesty; it is but giving men their own.

“Then Jesus turned to Judas, one of the twelve, who was the treasurer of the band, and said, Bring forth our treasure box; the money is not ours now; turn every farthing to the help of those in such distress.

“Now, Judas did not wish to give the money all to those in want, and so he talked with Peter, James and John. He said, Lo, I will save a certain part and give the rest; that surely is enough for us, for we are strangers to the ones in want; we do not even know their names.

“But Peter said, Why, Judas, man, how do you dare to think to trifle with the strength of right? The Lord has spoken true; this wealth does not belong to us in face of this distress, and to refuse to give it is to steal. You need not fear; we will not come to want.

“Then Judas opened up the treasure box and gave the money all. And there was gold and silver, food, and raiment in abundance for the needs of the bereaved.” Chapter114:1-18

“In honour of the Christine Lord he gave a feast, and Lazarus was among the guests, and Ruth and Martha served. And as the guests reclined about the table, Mary took a cruse of rich perfume and poured it out on Jesus’ head and feet. And then she knelt and with her hair she wiped his feet; the odour of the rich perfume filled all the room.

“Now, Judas, always looking at the selfish side of life, exclaimed, For shamed, why did you waste that costly perfume thus? We might have sold it for three hundred pence, and had the money to supply our wants and feed the poor. (Now, Judas was the treasurer, and carried all the money of the Christine band.)

“And others said, Why, Mary, what a profligate you are! You should not throw such wealth away.

“But Jesus said, You men, be still; let her alone; you know not what you say. The poor are with you constantly; at any time you can administer to them; but I will not be with you long. And Mary knows the sadness of the coming days; she has anointed me beforehand for my burial.” Chapter 159:2-11

“And Ananias said, I have a plan that will succeed. The twelve with Jesus every day go forth alone to pray; And we will find their trysting place; then we can seize the man and bring him here without the knowledge of the multitudes. I know one of the twelve, a man who worships wealth, and for a sum I think that he will lead the way to where the man is wont to pray.

“And then Caiaphas said, If you will lead the way and bribe the man of whom you speak, to aid in seizing Jesus in a secret place, then we will give to you a hundred silver pieces for your hire.

“And then he went to Bethany and found the twelve at Simon’s house and, calling Judas to the side he said, If you would care to make a sum of money for yourself hear me: The high priest and other rulers in Jerusalem would like to talk with Jesus when alone, that they may know about his claims; And if he proves himself to be the Christ, lo, they will stand in his defence. Now, if you will but lead the way to where your master is tomorrow night that they may send a priest to talk with him alone, there is a sum of silver, thirty pieces, that the priests will give to you:

“And Judas reasoned with himself; he said, It surely may be well to give the Lord a chance to tell the priests about his claims when he is all alone. And if the priests would do him harm he has the power to disappear and go his way as he has done before; and thirty pieces is a goodly sum. And so he said to Ananias, I will lead the way, and by a kiss make known which person is the Lord.” Chapter 159:18-30

“And then they ate the pasch and as they ate, the master said, Behold, for one of you will turn away this night and will betray me into wicked hands.

“And the disciples were amazed at what he said; they looked into each other’s faces in wonderment; they all exclaimed, Lord, is it I?

“And Peter said to John, who sat beside the Lord, To whom does he refer?

“And John put forth his hand and touched the master’s hand and said, Which one of us is so depraved as to betray his Lord?

“And Jesus said, He is the one who now has put his hand with mine into the dish. They looked, and Judas’ hand was with the hand of Jesus in the dish.

“And Jesus said, The Prophets cannot fail; the son of man must be betrayed, but woe to him who shall betray his Lord.

“And from the table Judas rose at once; his hour had come. And Jesus said to him, Do quickly what you are to do. And Judas went his way.”

“And then again he went back to the three, and still they slept. he said to John. With all the love you have for me, could you not watch with me a single hour? And then he said, It is enough; the hour has come, and my betrayer is at hand; arise and let us go.

“And when they came again to Kidron, lo, the eight disciples were asleep, and Jesus said, You men, awake; behold, for the betrayer of the son of man is come.” Chapter 163:58-61

THE Lord with the eleven were in the orchard of Massalian, and as they talked they saw a band of men with lanterns and with swords and clubs approaching them. And Jesus said, Behold the emissaries of the evil one! and Judas leads the way.

“And the disciples said, Lord, let us flee to save our lives.

“But Jesus said, Why should we flee to save our lives when this is the fulfilment of the words of prophets and of seers? And Jesus went alone to meet the men; and as they came he said, Why are you here, you men? whom do you seek?

“And they replied, We seek the man from Galilee. We seek for Jesus, one who calls himself the Christ.

“And Jesus answered, Here am I.

“And then he raised his hands and with a mighty thought he brought the ethers to the state of light; and all the orchard was aglow with light.

“The frenzied men were driven back and many fled and tarried not until they reached Jerusalem; and others fell upon their faces on the ground. The bravest men, and they with hardest hearts, remained, and when the light had paled, the Lord again inquired, Whom do you seek?

“And Ananias said, We seek the man from Galilee; we seek for Jesus, he who calls himself the Christ.

“And Jesus answered him and said, I told you once before; but now I tell you once again that I am he.

“By Ananias, Judas stood; but in a moment he had gone and coming up behind the Lord he said, My Lord; and then he kissed him as a sign that he was Jesus whom they sought.

“And Jesus said, Do you, Iscariot, come and thus betray your master with a kiss? This thing must need be done; but woe to him who does betray his Lord. Your carnal greed has seared your conscience and you know not what you do; but in a little time your conscience will assert itself, and in remorse, lo, you will close your span and take your life.

“Then the eleven came, laid hold of Judas and would have done him harm; but Jesus said, You must not harm this man; you have no right to judge this man; his conscience is his judge, will sentence him and he will execute himself.

“And then the mob led on by Malchus, servant of Caiaphas, laid hold of Jesus, and was binding him with chains.” Chapter 164:1-19

“NOW, Judas who betrayed his Lord, was with the mob; but all the time he thought that Jesus would assert his power and demonstrate the strength of God that he possessed, and strike to earth the fiendish multitudes and free himself; But when he saw his master on the ground and bleeding from a score of wounds, he said, O God, what have I done? I have betrayed the son of God; the curse of God will rest upon my soul.

“And then he turned and ran with haste until he reached the temple door; he found the priests, who gave to him the thirty silver pieces to betray the Lord, and said, Take back your bribe; it is the cost price of my soul; I have betrayed the son of God.

“The priests replied, That matters not to us.

“Then Judas threw the silver on the floor, and, bowed with grief, he went away, and on a ledge beyond the city’s walls he hanged himself and died. In time the fastenings gave way, his body fell into the Hinnon vale and after many days they found it there a shapeless mass.

“The rulers could not put the price of blood into the treasury, and so they took the thirty silver pieces with which they bought a potter’s field, Where they might bury those who had no rights to lie within their sacred grounds. And there they put the body of the man who sold his Lord.” Chapter 169:1-11

“And Peter said, the Lord called to this ministry twelve men as twelve foundation stones on which the Christine temple should be built. This Judas who betrayed his Lord, has gone to his own place beyond the veil. Of him the prophet wrote: His habitation shall be desolate; no man shall dwell therein; his office let another take.” Chapter 181:5-7