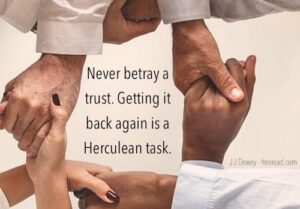 The Gospel of Judas

Some are wondering about my views concerning the recently discovered Gospel of Judas that presents him as a good guy rather than a traitor.

I think the introduction of provocative ideas, even if they are incorrect, can accomplish a positive end if they get people talking and thinking. It is only when the pilgrim begins seek and differentiate that soul contact can be stimulated.

I first heard this idea that Judas was the greatest disciple about 40 years ago. I found it an interesting idea to contemplate at the time. There has always been a small segment of Christians who have believed that Judas made an ultimate sacrifice of his good name by cooperating with Jesus in a betrayal requested by the Master himself.

Then there is another group that believes that John the Beloved is the true traitor who cooperated with the Jewish authorities to put Jesus to death.

This old controversy around Judas will indeed be revived for a while because of the discovery of this manuscript. It has been long known that this manuscript existed but this, as well as all other threatening writings, were destroyed (or hidden) by the Roman church.

Scholars are dating the Judas manuscript to around 180 AD. Interestingly Irenaeus, an early Church writer commented on it. His comments carry weight because he was a disciple of Polycarp who legend says knew John the Beloved.

Here are the words of Irenaeus:

“Others again declare that Cain derived his being from the Power above, and acknowledge that Esau, Korah, the Sodomites, and all such persons, are related to themselves. On this account, they add, they have been assailed by the Creator, yet no one of them has suffered injury. For Sophia was in the habit of carrying off that which belonged to her from them to herself. They declare that Judas the traitor was thoroughly acquainted with these things, and that he alone, knowing the truth as no others did, accomplished the mystery of the betrayal; by him all things, both earthly and heavenly, were thus thrown into confusion. They produce a fictitious history of this kind, which they style the Gospel of Judas.”

There are several reasons that some have considered the premise of the Gospel of Judas to be true:

[2] The gospels indicate that Judas sat on the right hand of Jesus at the last supper. That seat was normally reserved for the host’s best friend at that time.

[3] Jesus seemed to know that Judas was going to betray him and told him to act quickly as he was leaving the group.

[4] It has always been known that certain early unorthodox groups believed Judas was a good guy.

One of the problems that beset disciples is that they have found so much truth in the unorthodox approach that some will automatically reject orthodox teachings. He must remember the principle of the Middle Way. Judgment must always be used when looking at both sides of the pendulum. One hundred percent truth is never found on either side.

I believe that Judas did betray his lord. Here are my logical reasons.

[1] It is very believable that one disciple out of twelve would betray his master. Almost every great teacher has a disciple who betrays him.

[2] We have the words of Jesus himself as quoted by John: “Jesus answered them, Have not I chosen you twelve, and one of you is a devil? He spake of Judas Iscariot the son of Simon: for he it was that should betray him, being one of the twelve.” John 6:70-71

[3] Judas committed suicide right after the crucifixion. It is unlikely that he would have done this if he were a hero with a clear conscience.

[4] To arrange such a deception would have involved some dishonesty on the part of Jesus, which deception runs contrary to the total honesty practiced by the Christed ones.

He told his disciples: “Behold, we go up to Jerusalem; and the Son of man shall be betrayed unto the chief priests and unto the scribes, and they shall condemn him to death.” Matthew 20:18

If Judas was merely obeying Jesus then he did not betray him and Jesus would have lied.

[5] The deception was not even necessary. The authorities were looking for Jesus and were eager to get their hands on him. Jesus could have sent a courier with a note telling them where he was and they would have eagerly pounced on him. There were many people who knew who he was and could have properly identified him.

[6] We are told that Judas complained on how the group spent their money indicating he was disgruntled. (see John 12:3-8)

[7] All villains are portrayed as heroes by a minority. Even to this day there are those who teach that Hitler was right up there with Jesus as being enlightened.

The National Geographic Channel is showing a special on the Gospel of Judas. I’ll be interested in watching it.

On another note, I was asked to expand on my statement that my inner Voice tells me to be concerned about the possibility of humanity destroying itself.

I am not saying that humans or animals will become extinct but that civilization is threatened. If we had a full-scale atomic war or used other WMDs it is possible that civilization as we know it could be destroyed as it has been several times in the past. We could lose all of our technology and be forced back into tribal living and again go through the stages of evolving a civilization.

If such destruction did come, we would regain our technology faster this time because in this round humanity has gained its progress on its own with minimal help from higher lives. We could be back where we are now in a thousand or fewer years rather than 10,000 years.

It is the goal of the spiritual hierarchy that we enter into the age of peace without destroying civilization so we can use the advances of humanity for our good. This way the human race can live in a period of much needed abundance and harmony to bring a rest to their souls. Technology can also free our hands from excessive labor in earning a living so we can have more time to concentrate on creative and spiritual activities.

It is most probable that civilization will remain intact as we progress into the new age, but its foundations will be shaken. Calamities of weather, earthquakes, disturbances will come to the extent that some will fear the end is near, but major earth changes will be held back until the gathering of lights is initiated. If disciples do their part the lights will have a safe haven from future disasters and be ready to claim the new lands that will eventually manifest.

Behind this mask is a man, and behind this man is an idea. And ideas are bulletproof. V From the Movie