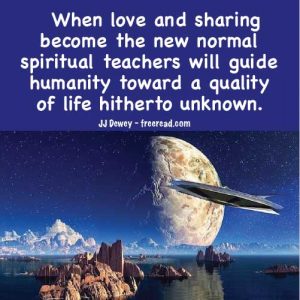 The master teacher Djwhal Khul (DK) has given out many teachings and suggestions concerning groups and group work. He asks this question:

“What should disciples in a Master’s group look for as evidence of successful group work?”

“First and foremost, as you well know, group integrity and cohesion. Nothing can be done without this. The subjective linking of the disciples with each other in their own group, and the linking of the group with other groups occupied with special work within the Ashram and the emergence (as a result of this) of a group and an ashramic consciousness are vital objectives. It is hoped that this will also eventuate in a telepathic interplay which will bring potent results and successful outer work. From these activities will emerge a group circulation of energy which will be of service in world salvage. Discipleship in the New Age, Vol 1, Pages 15-16

So first the group must have “integrity and cohesion” for it to develop along constructive lines which will lead to telepathic interplay and a subjective linking to other group members and eventually other advanced groups.

Since integrity and cohesion lay the foundation to all advanced group work the disciple should indeed focus on what is meant here.

A group with these two ingredients would be one where the members are bonded together with enough unity, purpose and soul energy that no personality issues , attacks or disagreements can shatter its existence or alter its purpose. The bonding and agreement on higher levels is strong enough to withstand all the lower temptations that come to all groups.

This takes a group some time to achieve, as in the formation there are always rough edges to be worked out. The spiritual group that will be useful to the Hierarchy must have members that appreciate group integrity and cohesion more than their small personality issues. A love and acceptance of other group members through looking upon the soul is essential.

Strong group cohesion is essential but tricky to achieve for it involves the Principle of fusion concerning which DK says this:

“Identification with others, which is embryonic fusion, carried eventually to synthesis…” Discipleship in the New Age, Vol II Pg 661

“The underlying Principle of Fusion and of group endeavour is right and part of the divine plan; its implementation by grasping, greedy and ambitious men, or by deluded disciples, is terribly wrong and will lead to disaster. This disaster the Hierarchy is seeking to avert, but the Masters are handicapped (as usual) by the relatively few upon whom They can depend, and by the lack of understanding amongst the masses of well-intentioned people. These, through their ignorance rather than through their planned ill-doing, know not how to stem the tide of evil.” Discipleship in the New Age, Vol 2 Pages 353-4

So, group cohesion and fusion are necessary but they must be achieved by spiritual methods working with the free will and the souls of the individuals involved. If a group is directed by a powerful aspiring personality a forced unity can be achieved that will create problematic thoughtforms that create more harm than good.

True group integrity where focus is of the many on the oneness of spirit and soul is rare today but the numbers will grow as we work with Aquarian energies in the decades and centuries to come.

DK tells us that the Hierarchy sets the ideal for group fusion:

“The Hierarchy is a place of fusion of all souls upon the higher levels of the mental plane. Just in so far as a person comes under soul impression, then soul control and final identification with the soul, just so far does he move towards the centre of fusion. As your love for humanity increases and your interest in yourself decreases, so will you move towards that centre of light and love where the Masters stand in spiritual being.” Discipleship in the New Age, Vol 1 Page 681

DK emphasizes numerous times that groups useful to Christ and the Hierarchy do not have personal development as a main goal. The spiritual progress of the individual is his or her responsibility and needs to advance under the guidance of the seeker’s own soul.

“It is not primarily the unfoldment of the intuition, or of the power to heal, or of telepathic efficiency which is of importance. That which counts with the Hierarchy as the Ashrams function is the establishing subjectively of such a potent group interplay and group relation that an emerging world unity can be seen in embryo. A joint power to be telepathic or a group capacity to intuit truth is of value and somewhat novel. It is the functioning of groups who have the ability to work as a unity, whose ideals are one, whose personalities are merged into one forward swing, whose rhythm is one and whose unity is so firmly established that naught can produce in the group the purely human characteristics of separation, of personal isolation and selfish seeking, that is new. Unselfish people are not rare. Unselfish groups are very rare. Pure detached devotion in a human being is not rare but to find it in a group is rare indeed. The submergence of personal interests in the good of the family or in that of another person is often to be found, for the beauty of the human heart has manifested itself down the ages. To find such an attitude in a group of people and to see such a point of view maintained with an unbroken rhythm and demonstrating spontaneously and naturally – this will be the glory of the New Age. Discipleship in the New Age, Vol 1, Pages 22-23

There is a key thought here on which the disciple should focus. Concerning the ideal he says that “the establishing subjectively of such a potent group interplay and group relation that an emerging world unity can be seen in embryo.”

DK then wants to see such unity and spiritual interplay among outer groups that they will set an example significant enough to be copied and followed by the world. Is there such a group today that sets such an example? Perhaps, but not one with much influence, but that will eventually change for DK adds this in t the same section:

There will (through this and analogous groups) be set in motion on earth a network of spiritual energies which will facilitate the regeneration of the world. The influence of these groups – when permanently established and potently working – will have a wider objective than just the elevation of humanity.”

Then he adds this:

“No group can be used in world service that is not working in perfect accord and this harmony must be attained as a group. It must be brought about, not through the process whereby people withdraw within themselves and thus inhibit that which upsets group equilibrium, but by the process of loving self-forgetfulness.” Discipleship in the New Age, Vol 1, Pages 194-5

Many times DK emphasizes that the individual members of a group accepted by the Hierarchy must take attention away from the lower individual self and focus on the group life.

“As long as your state of awareness lays emphasis upon the fact of your individuality, the group idea cannot take form as a group ideal. The sense of separativeness is still present.” Discipleship in the New Age, Vol 2, Page 94

“Where true identity is achieved, there is no sense of this and that; where the merging is complete, there is no recognition of individual activity within the group, because the will of the merged soul is identical with that of the group and automatic in its working; where true unity is present, the individual applicant becomes only a channel for the group will and activity, and this with no effort of his own but simply as a spontaneous reaction.” Rays and Initiations, Page 168

The advanced disciple has no fear of loss for the personal self for he realizes that focusing on the good of the whole also results in the greatest eventual good for the individual unites involved.

Jesus hinted at this principle when he said:

As far as group work today goes the individual who seeks to gain for self shall lose and miss out on the greater reward and life that can only realized through a focus on the good of the whole.