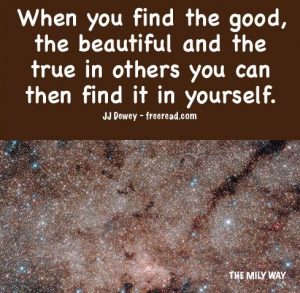 Group Synthesis, Part 9
(F) Too much attention on the personality
(Finishing up on group problems)

The Prime Directive of true Aquarian spiritual groups is to direct its members to focus on the soul, or the Christ within themselves and others, rather than the outward imperfections of the personality.

This is a most difficult lesson for the student to learn. The test of correct focus indeed comes to light when other members seem to speak or act out of alignment with what is thought to be personal or group standards or goals.

Yes, there are times that other group members will show their personality imperfections (real or imagined) but the problem caused by such things often winds up being insignificant compared to some member rising up and openly calling out and criticizing others.

If there was a positive and peaceable spirit before the criticism, there generally will not be one afterwards. A harsh criticism can have the immediate effect of shifting the entire group focus toward the negative rather than a positive group goal. A criticism, just or unjust, will often lead to defense followed by attack leading to an endless circle that often does not get resolved.

Then there are times that the criticism is ignored. This often does not work either as negativity then remains and lurks below the surface. It also grows within the critic as he or she feels ignored.

DK has a lot to say about the problem of a critical spirit interfering with group unity.

“Let me put it this way: the petty selfishness and the silly little vanities and the irritations which disturb you, the unkind words you may speak of or to others, and the withholding of love or the fact of wrong emphasis in your daily life are not noted by me or by any Master. They are the affair of your own soul; the results affect your family, friend, or communal group, and are none of Our business. Yet those are the things which you notice in others and which affect your judgment, evoking like or dislike, praise or blame, but inevitably putting you—as an individual—upon the judgment seat. There no Master sits.” Discipleship in the New Age, Vol 2, Pages 334-335

“The difficulties confronting you are, therefore, great and I am anxious that you should realise this. Will you realise, for instance, that any differences of opinion which may occur in the relations of this group of disciples will be caused by astral-brain reactions and, therefore, must not be considered of any importance whatsoever? They must be immediately eliminated and wiped from the slate of the mind and of the memory and classed as entirely personality limitations and unworthy of hindering group integrity. … The astral-physical brain reactions should be regarded as non-existent and as illusion and should be allowed to lapse below the threshold of the group consciousness—there to die for lack of attention.” Discipleship in the New Age, Vol 1, Page 22

Then he gives the reason the personality flaws must be overlooked:

“Only as servers cooperate from the standpoint of an inner subjective linking can a united world be carried forward…. the inner relationships and cooperation Must be established and developed, in spite of the outer divergences of opinion.” Esoteric Psychology, Vol 2, Page 106

In advanced ashrams the members generally have learned to look beyond the personality to the Christ within the various members. Members of such groups are almost impossible to offend, but rarely would any group member try to.

On the other hand, groups forming among exoteric humanity will gather in a variety of souls, many of whom do not comprehend the importance of looking beyond the personality. The first lesson of any newly formed group will be to learn to see the personality as illusion and the soul as the reality wherein focus needs to dwell.

One may object and say something to the effect, “But what if that Jones character is rude, crude and crazy? Shouldn’t I say something? Surely something needs to be done.”

Of course, there are exceptions to everything, but when should the exception be made? After all, if Jones is really doing something outrageous, like promoting child pornography, something indeed should be done. What should be the criteria for just group criticism from a member?

First of all, let us consider what is not appropriate. The first question the offended member must ask himself is whether others in the group also have a similar problem with Jones. If you are the only one who feels like complaining then maybe you are magnifying the problem far beyond what it is. Maybe you are creating a problem (negativity) where none should exist rather than solving anything.

So, let us suppose that you see a problem with some member or members, no one else seems to notice, but it is disturbing to you and you feel something needs to be said/ What should you do?

As mentioned earlier, first examine yourself. If, after doing that, you still feel something needs to be expressed then, instead of disrupting the whole group with a complaint, contact the individual member on a one-to-one basis and seek to resolve the problem. If that doesn’t work, contact the group leader and express your feelings. Maybe he has heard similar complaints from others and will do something about it. Maybe you are the only one and he will give advice to look beyond the personality to the soul. Whatever the case, the wise leader will do all in his power to keep all eyes away from the personality and on the Christ within. All grievances must be neutralized to create maximum spiritual flow for the group.