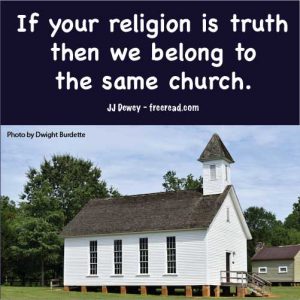 DK told us that “Unselfish people are not rare. Unselfish groups are very rare.”

We could also say this about group cooperation. “Cooperation among individuals is not rare but it is very rare that established groups cooperate with each other.” It may be quite appropriate to compare it to attempting to herd cats.

One must keep in mind that there are two types of group cooperation. There is that which occurs on the subtle levels and then the objective. The subtle or inner levels cannot be measured by any standard means but DK indicates that it is more pervasive than the objective levels for that which materializes in the physical always first manifests in the spiritual realms.

He gives an interesting reason why there is cooperation on the inner planes:

“The basis of the possible success of such an effort (group cooperation) consists in the fact that within each group are always to be found members of the New Group of World Servers. Upon this fact we can count, and we can depend upon the strength of the inner integration, produced by these synthesizing “points of contact.” Esoteric Psychology, Vol 2, Page 727

All members of The New Group of World Servers have a reasonable spirit of cooperation, but not all members of spiritual groups are composed of them. There is always a percentage who focus more on personality issues and self-serving agendas than for the good of the whole.

Fortunately a large number of the The New Group of World Servers is not essential:

Those servers in each group who see beyond the lower issues must become the norm:

“Only as servers cooperate from the standpoint of an inner subjective linking can a united world be carried forward. … the inner relationships and cooperation Must be established and developed, in spite of the outer divergences of opinion.” Esoteric Psychology, Vol 2, Page 106

Whereas the outer group has resistance to cooperation because of the laggards, this resistance is bypassed by the The New Group of World Server members who telepathically connect with other groups on subtle planes. As these connections grow the pressure on the outer groups toward cooperation will grow until it finally reaches a critical mass and manifests.

This pressure has grown in the past few decades and as we enter the Aquarian Age it becomes only a matter of time before we see outer results. DK sets the standard:

“They will and should become a strong united body in the outer world. The test will then be to hold the inner clarity of vision and the inner subjective relationships and, at the same time, pursue the work in the world with united, intelligent effort and with success.” Esoteric Psychology, Vol 2, Page 660

Even though DK s tresses united goals and work he does not support the idea of all groups merging into one for he says: “A super-organisation which emphasises unity is the last thing to be desired; a multiplicity of living organisms held loosely together by cooperation, constant communication and possessing identity of goal and of purpose is what the world needs today.” Discipleship in the New Age, Vol 2, Page 458

The work of the Spiritual Hierarchy sets the example for us. Instead of being one large authoritarian supergroup they are composed of many small groups (ashrams) dedicated to different work according to ray quality but united in support of the One Great Work.

Spiritual groups must do the same:

“The groups are intended to work together eventually just as the various departments of a great organisation work effectively together as a unit. They must function smoothly and intelligently within themselves and also in their inter-relation with each other. This will become possible when the individual members in the groups and the individual groups of disciples lose sight of their own identities in an effort to make this hierarchical work possible.” Discipleship in the New Age, Vol 1, Pages 42-43

The basic plan then is that there be many spiritual groups but that they advance in consciousness so they instead of merely working as isolated units that they will unite on essential goals and activities that will benefit the world as well as themselves.

Here he gives a good first step for the Aquarian Age:

“Because where a group is involved and the members are very intelligent, through their questionings they could make much progress in learning to know and understand each other. Threads of intercourse could be set up which would link them more closely together.” Esoteric Healing, Page 306

Indeed, the sharing of group resources could be of great benefit to the spiritual community but most groups are very protective of their members and assists feeling that sharing may diminish their authority. Nevertheless DK gives this encouragement:

“The many who are working in isolated fashion in the various fields of human endeavour (political, religious, scientific and economic), must be brought into touch with each other, and thus made to realise their essential unity. … First, they must discover each other and be in touch with each other. Thus the sense of weakness and of futility will be offset. This is the first duty and task of the New Group of World Servers. … The men of good will in every country must be discovered, and all who respond to these ideals must be gathered together through mailing lists. Their cooperation must be sought and systematised.” Esoteric Psychology, Vol 2, Page 669

DK emphasized a number of times the importance of groups, not just getting in touch with each other, but actually sharing mailing lists. Going so far as to sharing such lists is almost unheard of among any type of groups. Membership roles are a closely guarded secret by most.

This has somewhat changed though with the internet and the widespread presence of groups there. On Facebook, the largest host of group work, the member lists are easily accessible. Though leaders are still extra protective of their flock many of like interest can now get in touch with each other where in previous generations this was only a dream.

This extra power of group members to cross barriers and communicate has not led to an equal outreach of the groups themselves. This dismantling of barriers between groups is a work that the The New Group of World Servers will have to address in the coming generation.

When barriers are sufficiently weakened and greater interplay is set up then this goal set By DK may be realized:

“A central group, chosen from among them, should synthesise this work and coordinate it, whilst giving the widest latitude to individual servers and workers.” Esoteric Psychology, Vol 2, Page 669

As noted earlier he is against supergroups wielding authoritarian power but does look forward to the day when groups will be cooperative enough that they can come under the umbrella of a coordinate effort to accomplish a greater good that cannot be done by isolated units.