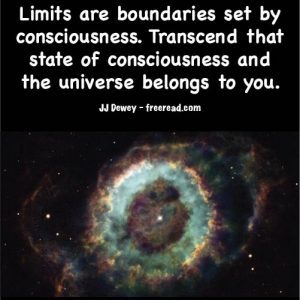 Here is the next question to consider:

How should my group work with other groups as far as goals, activities and teachings go?

There are three approaches of the various groups.

(1) Group leadership feels that they want to focus on their group purpose and keep interplay with other groups to a minimum or zero though some data may be exchanged. This is the most common group.

(2) Group leadership seeks to cooperate with other groups as much as possible and looks for opportunities. This would include more than inviting other groups to agree with the group’s teachings, but to seek cooperation in areas of agreement and overlap or even working to coordinate other groups. There are only a handful of groups in this category.

(3) Those with specific or unique group goals for their primary focus, yet look for (or at least open to) areas of overlap with other groups where cooperation is possible.

There are a few in this area and the number is slowly growing.

It is interesting to examine the churches and their evolution as groups. Just a few generations ago there was virtually no cooperation between the various churches. Each felt they had the correct direction and did little or nothing to seek areas of agreement or cooperation. Other sects were seen as the enemy to be defeated.

Today many new agers criticize the churches for being narrow minded, but overlook the progress they have made. Now many are seeking some overlap where they can work together and many different sects see areas of agreement in their church doctrines.

It is true that they are far from the ideal, but there is no doubt that progress toward synthesis has been made.

The present condition of many of the new age and esoteric groups is not much better than the churches. Many of them lack inclusiveness and are very guarded toward their members and teachings and do not seek cooperation in overlapping ideas.

Once in a while though there is an event that unites many of them. One of the largest was the Harmonic Convergence back in 1987. This was inspired by an unusual alignment of the sun, the moon and six planets. It does seem that solar events seem to be one thing that brings differing esoteric groups together for unified meditations geared toward world peace and unity.

Then too, every so often someone will come up with an idea for an event, like a moment of silence at a special time, that catches on.

The teachings in the Alice A. Bailey books on the full moon festivals and meditations have gained wide acceptance and many different new age and esoteric groups unite in meditation on these occasions.

But, overall the alternative spiritual groups have a long way to go to cooperate together effectively enough to influence world affairs in the desired direction of “peace on earth, goodwill toward men” (or humankind).

A question that needs to be asked is

How much should the various groups seek to cooperate and seek areas of agreement with other groups?

The answer is that it will vary accord to group purpose. If, for example, a group maintains that cooperation, synthesis and unity with all world servers is an objective then they naturally assume some responsibility to make this happen as much as possible.

If another has specific goals unique to itself that doesn’t involve outreach to other groups then their responsibility is much lower.

But wouldn’t this type of group be separative and just wrong?

Some may be, but others not so much. Let us illustrate with a non spiritual example.

We have two groups, one dedicated to learning French and the other Spanish. As far as group purpose goes each of these has every little overlap with groups dedicated to any other language or subject. If the French group wants to effectively learn French then focusing on the goals of a Spanish or astronomy group would be unproductive and distract from real learning.

Even so, the goal of some spiritual groups may be the study of select materials with which they want to focus. This is the case with the majority of groups on the internet.

On the other hand, many spiritual groups are different from something like a dedicated Spanish group in that many spiritual teachings, such as the Bailey works, emphasize synthesis sharing and the seeking of joining minds to bring in the new age.

Thus, even though the group may have a dedicated curriculum they should be open to living up to those teachings that are included.

This would mean that the ideal group with a specific purpose would still keep their eyes open for opportunities for cooperation with other groups with overlapping teachings and values.

Many students are somewhat frustrated by the conflict that is in the emotional atmosphere, as of this writing in December 2020, and feel that not only should the various groups be more open to promoting overlapping spiritual values, but groups are too reluctant to reach out and offer friendship and opportunities for synthesis.

This is definitely an area worthy of contemplation for all benevolent groups.

“The Spirit of Peace which is invoked is an inter-planetary Agent of great power Whose cooperation has been promised if all aspirants and disciples can cooperate to break through the shell of separation and hatred which holds our planet in thrall.” Externalization of the Hierarchy, Page 21