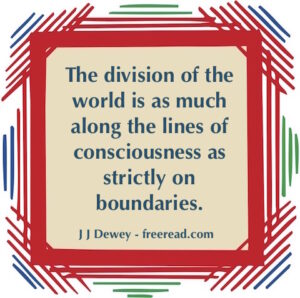 The Twelve Tribes and the Zodiac

The verses under consideration are:

The first thing to note is the tribe of Dan is replaced by Manasses or Mannasseh), the Son of Joseph, giving Joseph and his descendants a double portion of the number sealed.

Perhaps this is the fulfillment of the words of Israel (Jacob), his father when he blessed his sons he said to Joseph: “Moreover I have given to thee one portion above thy brethren.” Genesis 48:22

There are a number of theories as to why the tribe of Dan was dropped. One of the main ones is the legend that the Antichrist would come from this tribe. This idea is also traced to a scripture in Jeremiah:

“The snorting of his horses was heard from Dan: the whole land trembled at the sound of the neighing of his strong ones; for they are come, and have devoured the land, and all that is in it; the city, and those that dwell therein.” Jer 8:16

On top of this his Father Jacob said this of him: “Dan shall be a serpent by the way, an adder in the path, that biteth the horse heels, so that his rider shall fall backward.” Gen 49:17

Not too many fathers call their child “a serpent by the way,” but that was the lot of Dan. Since Satan is often called the serpent, this gives readers one more reason to associate Dan with the Antichrist.

There have been many attempts to associate the twelve tribes with the twelve signs of the zodiac and perhaps for a good biblical reason. Concerning Joseph, it is written:

“And he dreamed yet another dream, and told it his brethren, and said, Behold, I have dreamed a dream more; and, behold, the sun and the moon and the eleven stars made obeisance to me.” Genesis37:9

The sun was a symbol of his father, the moon his mother and the eleven stars his brethren. If we add in Joseph we have 12 stars, which could stand for twelve constellations. These along with the moon and the sun account for a good portion of the ingredients of astrology.

Attempting to neatly correlate the tribes with the signs by the order of appearance is frustrating. For one thing, the order in Revelations is different from any order given in the Old Testament and is out of birth order.

I’ll give the associated signs that I deem most accurate and if any wish to disagree or present any evidence to the contrary they are welcome indeed. The correlation I give below are significantly different than any other attempt, even though several agree with other interpretations.

The first tribe mentioned is that of Judah. Judah was mentioned first, not because he was first born, but because the firstborn Son of God was descended from him.

To many it would seem obvious that Judah would be represented by Leo since earlier we are told that Christ was the lion of the tribe of Judah and, of course, the lion is the symbol of Leo.

But some have associated it with Taurus and Aries. Taurus makes sense because this sign is associated with money and the Jews have always had a talent in accumulating it. But Taurus is also associated with comfort and enjoyment of luxury and because of persecution the Jews do not fit in here.

For one thing, the Jews flourished in the age of Aries and it is interesting to note that an ancient coin was recently discovered, apparently issued by the Romans of Antioch to commemorate their takeover of Judea in AD 6. This coin bore the symbol of the ram, representative of Aries.

Even so, I still tend to go with Leo. The tribe of Judah has indeed been the most powerful and sees itself as the chosen people just as the Leo person sees himself as a special person.

Reuben is next. He was the true firstborn. The first born or the first fruits are often associated with Taurus

Third is Gad. The Hebrew for this name means “troops” and during the age of Pisces there were many wars and more troops than any other recorded age. The Hebrew GAD spelled backwards equals “fish,” the symbol of Pisces.

Fourth: Aser, or Asher. Ashera is the goddess of plenty. She is depicted as a virgin, carrying a sheaf of wheat. Asher would be Virgo the virgin.

Fifth: Nepthalim. Rachel named her handmaiden’s son this because “with the wrestlings of God I have wrestled with my sister and I have prevailed.” Nepthalim was the son of Bilhah which means “trouble”. Even though Nepthalim is the son of trouble he wrestles with it and eventually prevails and brings forth blessings and gladness. It is the sign of Capricorn symbolized by the mountain goat where one wrestles with great trouble and prevails.

Seventh and eighth are Simeon and Levi.

Of these it is written:

“Simeon and Levi are brothers; weapons of violence are their swords. O my soul, come not into their council; O my spirit, be not joined to their company; for in their anger they slay men, and in their wantonness they hamstring oxen. Cursed be their anger, for it is fierce; and their wrath, for it is cruel! I will divide them in Jacob and scatter them in Israel.” (Gen. 49:5-7)

Some think they both together make up the sign of the twins, or Gemini, but in the context of Revelations they would have to represent two signs or one would be without representation.

Simeon would be represented by Aries. Simeon is warlike and Aries is the name of the god of war.

Levi would be Sagittarius, a brother fire sign, represented by the symbol of the bow, an instrument of war.

It is written: “They shall call the people unto the mountain; there they shall offer sacrifices of righteousness: for they shall such of the abundance of the seas, and the treasures hid in the sand.” Deut 33:19.

Issachar in the Hebrew means “he will bring a reward.” Aquarius is associated with water as a reward in that the sign pictures him as bearing a jar of living water that he pours out to a thirsty world. He shall call people to “the mountain” or the kingdom of God during the age of Aquarius that we are entering.

Zebulon is represented by Cancer, symbolized by the crab who hides ‘in the sand.” Water is also associated with it since it is a water sign and represents treasures of positive emotion around security and home, a strong ingredient for establishing the new age.

Twelfth, and last is Benjamin. Many astrologers have difficulty in deciding which sign belongs to him, but I submit that Libra is a good correspondence. Libra is symbolized by the balances and this energy swings the decisions in life one way or another.

When Joseph was a slave in Egypt it was Benjamin who Jacob took under his arm as the only other son of Rachel, whom he loved, and used him as a measure for his direction. When the brothers went to Egypt for food, and were returning home, it was to save Benjamin’s life that they returned to meet their brother Joseph.

These twelve divisions signify the sealing of the 144,000 units/individuals to God. What does this mean?

If a life is sealed to God then its focus is polarized more in the world of spirit than it is in the physical. The will of God is done on earth “as it is in heaven.”

What is meant then by the 12,000 from each tribe with a grand total of 144,000? There is an outward interpretation and an inward one. On this treatise we are focusing on the inward, but will say this about the outer.

Few of the prophesies of the Book of Revelation will come literally true according to orthodox interpretation. There will not be 12,000 gathered from descendents of the literal twelve tribes. Even on an outward basis, the symbols have to be interpreted to discover how the prophecy applies.

When 144,000 with true spiritual direction are gathered from the world they produce a new consciousness with higher intelligence manifest. These are a higher correspondence to the physical cell and represent a spiritual cell. To activate this the twelve energies represented by the twelve tribes and the signs of the zodiac must be balanced.

This idea is further elaborated on in my book The Molecular Relationship.

The inward meaning which unveils the Christ within is also interesting. The five lower centers have 48 energy petals and the sixth, representing the sixth seal has 96. These two added together equal 144. The seventh center at the top of the head has 1000 petals representing the 1000 lifetimes it takes to manifest the perfected man. 1000 times 144 represents the interplay between the higher and lower that must take place over myriads of time before the perfected Christ manifests through us.

God gives every bird its food, but He does not throw it into its nest. J. G. Holland