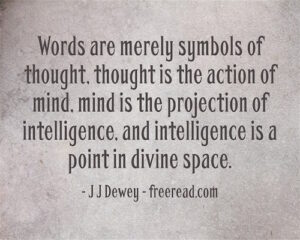 The Sound of the First Angel

Here are the next verses to consider:

“And the seven angels which had the seven trumpets prepared themselves to sound. The first angel sounded, and there followed hail and fire mingled with blood, and they were cast upon the earth: and the third part of trees was burnt up, and all green grass was burnt up.” Rev 8:6-7

Notice not one, but all seven angels prepared themselves to sound. This tells us that all seven chakras are open and functioning as a unit in the disciple treading the path of Christ. All the parts of his being are now ready and waiting to sound.

What does it mean when we speak of “sound” here? In its spiritual sense a sound represents an action or group of actions. Or perhaps, more technically, we could say it is the cause that produces a particular result.

Consider the complexity of producing one sound on a piano.

First, the strings of the piano must be in tune or the sound will not be the desired one. Then a key is struck causing a downward pressure to convert to forward motion of the hammer to hit just the right string. The hammer travels five times as far and approximately four times as fast as the front end of the key to hit the string. Next the hammer instantly rebounds preventing the note from being muffled to bring forth the pure sound.

Thus, to produce one sound on a piano is complicated enough, but produce a more complex sound like a chord is even more so. Then if the musician plays an entire piece the complexity becomes mind boggling.

In the art of symbology a note, a chord, a symphony or even a set of actions that produce a specific result are all seen as an individual sound.

Therefore, when the seven angels prepare themselves to sound, they are really preparing to do their various skilled individual works which seen together create a greater sound or a symphony of the soul.

We have seen that the disciple experienced the silence of heaven wherein he perceived the will of God. After having perceived this will he is now willing to do a great work no matter what the cost for his vision of the will gives him purpose that he has never before envisioned. He thus prepares his sound or his work.

Now the scary thing for readers of the Book of Revelation is it appears that all hell and destruction will break out because of the seven angels. Because of the chapters that follow many believe that they are reading a description of the end of the world.

And yes, sooner or later outer cataclysmic events will happen on the earth at various times that will make believers think that Revelation is literally coming to pass. But those who are looking for a literal step by step fulfillment will be looking beyond the end of the world. The greater meaning is the unveiling of Christ as it will manifest in us as we follow along the path of light and love.

“The first angel sounded, and there followed hail and fire mingled with blood, and they were cast upon the earth: and the third part of trees was burnt up, and all green grass was burnt up.”

Rain is usually interpreted as a blessing from God, but not so with hail. Hail is a destructive force. Hail and fire were two of the destructive forces of the plagues of Moses. The hail was so powerful that it destroyed every man and beast that was unprotected.

Then in Isaiah we have another clue about hail:

“Behold, the Lord hath a mighty and strong one, which as a tempest of hail and a destroying storm, as a flood of mighty waters overflowing, shall cast down to the earth with the hand.” Isa 28:2

Here, this servant similar to Moses, will use hail to “cast down to the earth.”

Here is what the hail will do:

“Judgment also will I lay to the line, and righteousness to the plummet: and the hail shall sweep away the refuge of lies, and the waters shall overflow the hiding place. And your covenant with death shall be disannulled, and your agreement with hell shall not stand; when the overflowing scourge shall pass through, then ye shall be trodden down by it.” Isa 28:17-18

The hail “shall sweep away the refuge of lies.”

The second destructive force is fire. When trees, plant life and grass get old a great fire is often started by nature itself. The old thus gets burnt to prepare the way for the new.

Instead of the symbology of water, as was used in the old Testament, John uses blood as a destructive force from heaven. It is true that blood often represents life or spiritual force, but as a destructive aspect it represents anger, passion, retribution or karma. For instance, the waters of the Egyptians turned to blood and meted out a just punishment.

The earth represents the abode or home where men stand securely, as they suppose, upon their belief systems. The trees represent the great and respected men and women of the earth who are seen as powerful authorities firmly planted and anchored in their learning and philosophy. The grass represents those who look up to authority for approval and learning but have little root and strength of their own.

“The first angel sounded, and there followed hail and fire mingled with blood, and they were cast upon the earth: and the third part of trees was burnt up, and all green grass was burnt up.”

When the disciple perceives the work he must do to carry out the will of God as he has seen it, he sounds his first note and begins his first work that has true purpose.

His words and works are powerful and irresistible like hail (powerful spiritual force) that will destroy the hiding place of those found in illusion, causing the covering over truth (false beliefs) to be destroyed.

His words and works carry the fire of spirit that penetrates to the soul where the truth must be faced.

These are mingled with blood, or the intense passion and strength, of the awakened disciple.

With this triplicity of power the disciple thus approaches the great and powerful (the trees) as well as the common followers (grass). None of the rank and file can stand against the disciple. They either join him, flee from him or are inflamed by him. They are all “burnt up” or incapable of standing up to him or confounding him.

One third of the powerful will be willing to confront the disciple but these will be confounded or penetrated by the awakened one and their authority will be “burned up” as they will no longer feel secure in their position.

The other two thirds will ignore or avoid contact with the disciple and continue to live with their false sense of authority.

We can see how this played out in the life of Christ. He came to Jerusalem with power as great hail that destroyed the covering of lies and exposed hypocrisy. Most authorities avoided him but those who came against him or challenged him were altered forever and realized that they did not have the authority they thought they had.

Some of the “trees” like Nicodemus and Joseph of Arimathea were converted; others were inflamed, but at least two thirds tried to ignore him and avoid having their authority challenged.

None of the common followers (the grass) tried to stand up to him or confound him. All who came close to him were altered (burned up) in some way.

First we had destruction on land (including trees and grass), and now we have destruction of the sea which includes fish (and other creatures with life or soul) and ships.

So what is the difference between the earth and the sea?

The earth represents the slight rising of consciousness acquired by those who seek meaning in life though religion and philosophy. As we said, the trees represent the powerful authorities and the grass the followers, but all are reaching above sea level in search of the kingdom of heaven.

The sea represents the rest of humanity. Just like three quarters of the surface of the earth is covered with the seas even so is most of humanity not that interested in the meaning of life, spirituality, philosophy and religion.

The average person just wants to merge with the masses, not get noticed for his beliefs and live his life. He is a drop of water in the sea of human beings that never stand out or get their 15 minutes of fame.

On another level the earth represents the conscious self of humanity and the sea the subconscious. Those who search for meaning are exploring consciousness and those who do not retreat away from consciousness to be led by instinct and emotion. These are the masses who have little purpose and are driven as the waves of the sea.

The creatures who had life (or “soul” Greek) are the leaders and reasonably successful among the non spiritual masses and have no spiritual agenda themselves but just want the good life. These are midlevel leaders in politics, business, finance, education, the arts etc.

The ships represent the rich and famous who sail above the crowd and are enjoying their 15 minutes of fame.

So, what was the great mountain burning with fire burning (apparently from heaven) that was cast into the sea?

A mountain signifies high consciousness or a kingdom. In the case of the disciple (or disciples) who tread the path of the Christ this mountain from heaven represents the Kingdom of God, or the consciousness of Christ manifested among men. It burns with the fire of the Holy Spirit.

The Son of man who is the Son of God has seen a vision of the will of God and he seeks to bring this high consciousness and divine ideas (mountain from heaven) to not only the seekers and the religious, but to make it available to all the masses of people, the high and low.

When the divine idea gains weight, as a mountain, he plunges it into the sea where the fire continues to burn even amidst the great waters. When such contact is made with the masses (waters) they turn to blood.

One third of those who are touched by the higher consciousness are never the same turn from colorless water to passionate red.

Jesus said that people will either be for or against him. Even so, those affected by the Christ consciousness among the masses will be black or white and passionately for or against the ideas and ideals promoted by the disciple.

The instilling of the waters (common people) with passion (red blood) causes a third of the life in the sea to die and the ships on the surface to be destroyed. The leaders, the rich the famous lose their hold on the masses when they come to life and start examining the pros and cons of the various teachings that filter down to them.

If a leader, a teacher, a rich man or a movie star voices an opinion different from the passion of average folk it will be as if the person is dead to them.