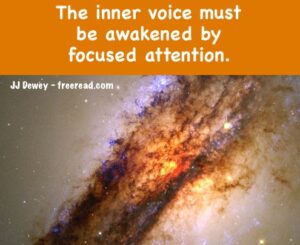 The First Seal and Monads

Chapter six gives us the introduction to the famous four horses of the Apocalypse. To give an overview it might be helpful to give the first eight verses describing all four horses and the opening of the first four seals. Then we shall interpret them one at a time.

“And I saw when the Lamb opened one of the seals, and I heard, as it were the noise of thunder, one of the four beasts saying, Come and see.

“And I saw, and behold a white horse: and he that sat on him had a bow; and a crown was given unto him: and he went forth conquering, and to conquer.

“And when he had opened the second seal, I heard the second beast say, Come and see. And there went out another horse that was red: and power was given to him that sat thereon to take peace from the earth, and that they should kill one another: and there was given unto him a great sword.

“And when he had opened the third seal, I heard the third beast say, Come and see. And I beheld, and lo a black horse; and he that sat on him had a pair of balances in his hand. And I heard a voice in the midst of the four beasts say, A measure of wheat for a penny, and three measures of barley for a penny; and see thou hurt not the oil and the wine.

“And when he had opened the fourth seal, I heard the voice of the fourth beast say, Come and see. And I looked, and behold a pale horse: and his name that sat on him was Death, and Hell followed with him. And power was given unto them over the fourth part of the earth, to kill with sword, and with hunger, and with death, and with the Beasts of the earth.” Rev 6:1-8

After studying the above the next step is to hone in on the first seal: “And I saw when the Lamb opened one of the seals, and I heard, as it were the noise of thunder, one of the four beasts saying, Come and see. And I saw, and behold a white horse: and he that sat on him had a bow; and a crown was given unto him: and he went forth conquering, and to conquer.” Rev 6:1-2

The Lamb, or the Christ consciousness in matter opens the seals, but to understand this we must remember that Christ descended below all things that he may ascend above all things (See Eph 4:9-10). The Christ in us thus descends below all things and manifests in ways that may not seem so Christlike. Until all seven seals are open the Christ within does not manifest as perfection, but as an energy making the best of a limited situation.

The four horses are closely aligned with what DK calls the “lower quaternary,” which in turned is aligned with the energies of the lower centers.

The lower Quaternary consists of:

A key to understanding this section is that that a horse represents the intellect manifesting through the lower nature of the lower quaternary.

Now many read in Revelations, chapter nineteen, where Christ appears on a white horse and assume the white horse mentioned here also represents him, but the reader must realize that there is an important difference. This later passage reads: “And I saw heaven opened, and behold a white horse; and he that sat upon him was called Faithful and True, and in righteousness he doth judge and make war… and on his head were many crowns” Rev 19:;11-12

Of significance is the riders of both horses had crowns, but the two come from different Greek words. The rider of the first horse was given a crown. This word comes from STEPHANQS which is a crown of victory as in battle. The second comes from DIADEMA which is a royal crown belonging to a king or royalty.

The rider of the first horse had not yet won his kingdom while the second one was a king who has mastered the seven seals.

The first horse represents the etheric/physical body and the world that imprisons the Christ consciousness. When Christ descended below all things the lowest point reached was this physical world in a physical body. It is in this body that he must awaken. The Lamb, or the Christ principle, breaks loose at its lowest point, and the seeker is awakened as if by thunder and hears the voice of the first beast.

In John’s time a commander who had won a battle paraded through his conquered enemies on a white horse. The white horse here is a symbol of the power latent within each of us to overcome all physical obstacles that prevent us from achieving our desires.

The first beast was like a lion, or Leo. In this context it represents self interest, self fulfillment and self gratification. This is the point in the life of the soul reached by Vivien Leigh in Gone With The Wind, when she looked to heaven and cried out that she would never be poor again. She realized that if she didn’t take care of herself no one would and that was just what she was going to do.

This point is also represented by the down and out person who looks upward and says “I’m mad as hell and I’m not going to take it any more.”

This is the point reached by Arjuna when he finally accepts the command of Krishna to go to battle and obtain the crown of glory.

The interesting this is that descent into selfishness is not usually associated with Christ, but what few realize is that such a descent is absolutely necessary as a major first step toward manifesting the final relative perfection.

When this first seal is broken and the pilgrim makes the major decision to no longer be a doormat, but instead one who takes charge. He is given a bow and a crown (STEPHANQS). The bow represents the great power that comes with the seeker taking personal responsibility for his happiness and destiny and the crown represents the natural authority that others see in him when he takes charge of his life. His associates begin to look to him for leadership as if a crown of authority rested upon him.

With this bow and crown he then goes “forth conquering, and to conquer.”

He sees and understands the physical world and this is his battlefield. He fights with great power and authority and obtains all the desires of his heart in physical wealth and comfort. The whole world seems to be his servant.

Question: Can you give us more details about our descent from God and Oneness?

What we think of as the beginning really happened outside of time and space where there is no past and no beginnings. When something is created there it is in the now and is as if it always existed and will always exist. Thus when God ref;.dected Itself to infinity all the points or monads were eternal.

Then many monads (called Sons of God in some writings) reflected themselves downwards into causal bodies, called souls. These are the Higher Selves of humans on the earth.  These in turn reflected themselves toward material creation with all the diversity of lives. In the lower kingdoms souls could experience many lives that eventually join representing a single reflection of the soul – the human being.

The human being corresponds on a higher level to the atom which is on the lower. The first among us was even called “Adam” which sounds very much like “atom.”

Just as the atom is a foundation building block for higher forms so is the human on a higher level. But the key of knowledge is this: When the higher forms are built, the individual atom can identity with the higher and live in consciousness as if it were the higher life. But it can always revert (of “fall”) back to individuality.

When two atoms of hydrogen unite with one of oxygen they become water. In this higher form each hydrogen atom no longer sees itself as hydrogen but water instead. Still it can separate and revert back to the single element, hydrogen.

Notice that the word for God in the Hebrew is Elohim which really means “Gods,” plural. This is because you cannot be a god by yourself, but it must be accomplished by a group consciousness. A human becomes a god the same way that hydrogen becomes water. He identifies with the new life, yet the possibility of reverting to the single form is always present.

A reader asks where I get my authority to teach and interpret scripture.

As far as my authority goes, I claim no authority. This leaves all free to accept or reject anything I write without fear of going against God, a Master or some divine being. There’re no Kool Aide drinkers in this group.

On the other hand, if your own soul verifies something I say then you have received a witness from the greatest authority of them all and should pay attention to it.

We cannot learn what we think we already know. RJ Spina