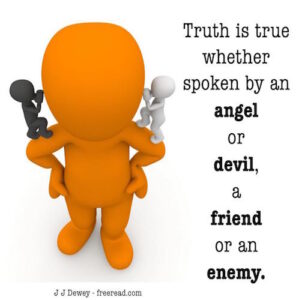 A reader questioned my use of the word “Lucifer” in the past and wondered why I didn’t have a problem with Alice A. Bailey and Madame Blavatsky using it in a positive light.

The Bible itself uses the name in a positive light. Here are some words from none other than Peter: “We have also a more sure word of prophecy; whereunto ye do well that ye take heed, as unto a light that shineth in a dark place, until the day dawn, and the day star arise in your hearts.” II Peter 1:19

The words “day star” are translated from the Greek word for Lucifer which is PHOSPHOROS.

Now let us retranslate: “We have also a more sure word of prophecy; whereunto ye do well that ye take heed, as unto a light that shineth in a dark place, until the day dawn, and Lucifer arise in your hearts.” If Lucifer refers to the devil himself maybe the Christian world should burn their Bibles.

Another variation of Lucifer is Morning star. Note the actual promise of Jesus to the faithful: “And I will give him the morning star.” Rev 2:28 Evidently Jesus will give us the power of Lucifer.

Morning Star is only translated as Lucifer once in most Bibles as follows: “How art thou fallen from heaven, O Lucifer, son of the morning! [how] art thou cut down to the ground, which didst weaken the nations! For thou hast said in thine heart, I will ascend into heaven, I will exalt my throne above the stars of God: I will sit also upon the mount of the congregation, in the sides of the north.” Isaiah 14:12-13

Even here most Bible scholars believe Lucifer does not refer to Satan but to the king of Babylon which was addressed by Isaiah. Nevertheless, Isaiah often spoke with dual meaning and this has a definite correspondence to a fallen being.

The English “Lucifer” is from a Roman word applied to the Hebrew HEYLEL and the GREEK PHOSPHOROS which literally means “One who brings or carries forth light.” It could also be translated as “one who is able to hold light.”

Now let us see what the Mormon scriptures tell us about this name. Outside of Isaiah the name is only used once here: “And this we saw also, and bear record, that an angel of God who was in authority in the presence of God, who rebelled against the Only Begotten Son whom the Father loved and who was in the bosom of the Father, was thrust down from the presence of God and the Son. And was called Perdition, for the heavens wept over him-he was Lucifer, a son of the morning. And we beheld, and lo, he is fallen! is fallen, even a son of the morning!” D&D 76:25-27

Here is another reference to the Lucifers: “Where wast thou when I laid the foundations of the earth? declare, if thou hast understanding. Who hath laid the measures thereof, if thou knowest? or who hath stretched the line upon it? Whereupon are the foundations thereof fastened? or who laid the corner stone thereof; When the morning stars (Lucifers) sang together, and all the sons of God shouted for joy?” Job38:4-7

Now, here is a thought. If the Lucifer that fell lost his status and there is more than one Lucifer (or bringer of light) – that means there may be some good ones out there somewhere.

Lucifer also refers to Venus and for good reason. It has been called the bright and Morning star for thousands of years. When it is visible it will often be the only star (or planet) visible in the early morning light.

Brigham Young made the interesting statement that the first man (the first Adam) came from another planet and that he had already passed through human existence and had overcome all things and became exalted. After he came here, he took upon himself mortality to father the race of mankind.

Then he also made the statement that Adam was our God, “the only God with whom we have to do.” This harmonizes well with the writings of Bailey and Blavatsky who also teach that the first man came from another planet. They tell us that the Ancient of Days, Sanat Kumara, came here from Venus (the morning star) 23 million years ago.

When the Ancient of Days came here, he arrived with a number of morning stars called Kumaras. Here are Alice A. Bailey’s writings about the one who we call the fallen Lucifer: “In every grouping,-whether in heaven or on earth-there is always evidenced a tendency by some units in the group to revolt, to rebel and to show some form of initiative different to that of the other units in the same grouping. When our solar universe came into being, we are told in the allegorical language of the ancient scriptures, there “was war in Heaven”; “the sun and his seven brothers” did not function with true unanimity; hence (and herein lies a hint) our Earth is not one of the seven sacred planets. There is, as we know, the ancient legend of the lost Pleiade, and there are many such stories.

“Again, in the council chamber of the Most High, there has not always been peace and understanding, but at times, war and disruption; this is made abundantly clear by several of the stories in the Old Testament. Symbolically speaking, some of the sons of God fell from their high estate, led, at one time, by “Lucifer, Son of the Morning”. This “fall of the angels” was a tremendous event in the history of our planet, but was nevertheless only a passing and interesting phenomenon in the history of the solar system, and a trifling incident in the affairs of the seven constellations, of which our solar system is but one. Pause and consider this statement for a moment, and so readjust your sense of values. The standard of happenings varies in importance according to the angle of vision, and what (from the angle of our Earth’s unfoldment in consciousness) may be a factor of prime importance and of determining value may (from the angle of the universe) be of trifling moment.” Esoteric Psychology Vol I, Pages 394-395

HPB didn’t use the word to identify her group with evil, but partially to “tweak” the Christians of the time as well as present the word in its true meaning. Alice A. Bailey also used it as the originating name of her organization, but caught a lot of heat from those who go with the popular meaning and changed the name to Lucis – meaning light.