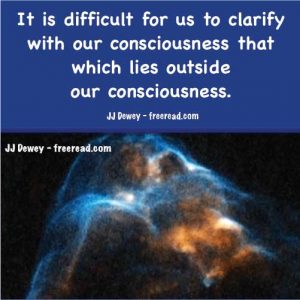 The other hints given us concern not merely individual stars, but constellations of stars.

And what does this tell us?

Whereas seven solar systems compose a first level Cosmic Logos (or The One About Whom Naught May Be Said), it would take seven constellations to create a second level Logos.

DK does give out several hints about the placement of several constellations. For instance, he says this about three of them:

“The seven stars of the Great Bear or Ursa Major are involved in an intricate relation with Ursa Minor and the Pleiades. With this we shall not deal. This major triplicity of constellations has a peculiar relation to that Great Being to Whom I have at times referred as the One About Whom Naught Can Be Said. All that can be hinted at is that these three galaxies of stars are the three aspects of that Indescribable, Absolute Monad, the Ineffable Cause of the seven solar systems – of which ours is one.” Esoteric Astrology, Pages 607-608

Here he clearly says that these three constellations “are the three aspects” of a great Cosmic Logos. The three aspects are, of course, Rays One, Two and Three, which govern the head, the heart and the throat.

If his notation is in order, the Great Bear would represent Ray One, the head center; Ursa Minor, Ray Two; the heart and the Pleiades, Ray Three, the throat.

He does give some evidence this is correct. Concerning the Great Bear he says, “The seven stars in the constellation of the Great Bear are the correspondences to the seven head centres in the body of that Being, greater than our Logos.” Treatise on Cosmic Fire, Page 182

Then he gives evidence that the Pleiades are linked to the third ray and throat center.

“The energies coming from the Pleiades, an aggregation of seven energies, are connected with the active intelligent aspect of logoic expression, and influence the form side of all manifestation. They focus primarily through Humanity.” Esoteric Astrology, Page 416

The “the active intelligent aspect” is Ray Three, which is linked to the throat center. In addition, as already was pointed out, DK also associates one of its stars, Alcyone, with Ray Three.

This leaves Ursa Minor to represent the final aspect which would be Ray Two – the heart. But how do we harmonize this with the link noted previously of Polaris (in Ursa Minor) to the head, as well as this statement?

“We have also brought into relation to our solar system another constellation, called the Little Bear (Ursa Minor) which is a reflection of or a corollary to the major energies of its greater prototype, Ursa Major, the Great Bear. These facts contain a great mystery connected with the inter-relation of Ursa Major, Ursa Minor and the Pleiades; they constitute one of the greatest and more important of the triplicities to be found in the heavens as far as we have astronomically ascertained the nature of our immediate universe.” Esoteric Astrology, Page 202

So here we are told that Ursa Minor is “a reflection of or a corollary to the major energies of its greater prototype, Ursa Major, the Great Bear.”

So apparently Ursa Major and Minor are closely linked as if they were in the same and not different centers. How then can they be linked to two different aspects as previously mentioned by DK?

“It has been said that in the head of every man are seven centres of force, which are linked to the other centres in the body, and through which the force of the Ego is spread and circulated, thus working out the plan.” Initiation Human and Solar, Page 30

This would mean that one of these seven centers would be a reflection of the heart center:

“The twelve petalled lotus in the head (which is the higher correspondence of the heart centre,” Light of the Soul, Page 293

This twelve petalled lotus is a major part of the crown center and is called the “heart center in the head.”

Concerning these DK says that in the crown “There are twelve major petals of white and gold, and 960 secondary petals are arranged around the central twelve.” Letters on Occult Meditation, Page 78

Now if we synthesize this information, we can conclude that the remaining prime aspect, Ray Two, is held by Ursa Minor and is linked as a Cosmic Buddha as a heart center in the head, closely aligned with the Great Bear, whose prime focus is Ray One; but obviously, all the rays are at play to some degree.

Several times, DK equates an additional constellation with a center stating, “the constellation of the Dragon has the same relation to the ONE greater than our Logos as the centre at the base of the spine has to a human being.” Treatise on Cosmic Fire, Page 1204

The constellation of the dragon is Draco, and is here linked with the base of the spine. This center has been associated with Rays One, Four and Seven. Since the Great Bear seems associated with Ray One, I would guess that Ray Seven would be linked to Draco as the dragon, and magic seem to be a good fit for this ray.

There is one more reference to a great center in a Cosmic Logos:

The twelve-petalled lotus in the crown would be the heart center in the head. One would suppose that each petal is associated with one of the twelve constellations of the zodiac.

This is quite a different identification than anything else noted by DK, as the twelve constellations contain many more stars than all the other references made to other possible centers. Yet these twelve great constellations just form a part of one center. How can this be?

If our immediate cosmic logos has a mere seven solar systems in its body, then this center occupied by the zodiac has to be a part of a much greater logos. It appears that DK applies what little he can say about the Cosmic Logos, or The One About Whom Naught May Be Said, to all lives greater than our solar logos as if they are all part of the great mystery. He gives a hint to his thinking in this statement;

These cosmic wheels, according to the esoteric books, are divided into forty-nine groups, each comprising millions of septenary constellations.” Treatise on Cosmic Fire, Page 1085

So he is telling us that there are millions of Cosmic Logoi, and when he speaks of a solar system, constellation, or even twelve constellations responding as a center, he could be referring to one of many possible Cosmic Logoi.

Another problem adding to the difficulty is that DK’s knowledge of Cosmic beings seems limited, for he calls it an “unknown Cosmic Entity.” Then he says this:

“…until it is known which cosmic Logos recognises our solar Logos as a centre in His body, and which six other systems are affiliated with ours, it will not be possible to touch upon the systemic stage of manasic development.” Treatise on Cosmic Fire, Page 402

It would seem here that it is unknown, even to him, “which cosmic Logos recognises our solar Logos as a centre in His body, and which six other systems are affiliated with ours.” It should be no mystery then why he labels all lives greater than our solar logos as The One About Whom Naught May Be Said. There is much missing knowledge about such beings. He has given us some interesting hints, but even he has been limited in what he can access and reveal.