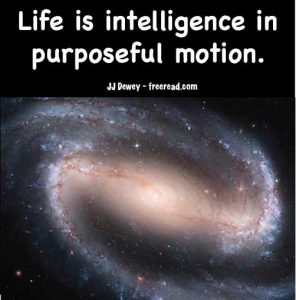 The Body of the Cosmic Logos, Part 4
The Centers of the Centers

In addition to there being seven centers in the planet itself, each of those have seven centers. For instance, we have discussed the seven centers of the fourth kingdom, humanity, which are represented as seven cities with two yet to materialize as we reach a higher stage of evolution.

Let us see what we can discover about the centers of these kingdoms.

Concerning the mineral, DK says very little but does give a hint:

“The mineral kingdom is responsive to that type of energy which is the lowest aspect of fire, of those internal furnaces which exert an influence upon the elements in the mineral world, and which resolve these atomic lives into a gradual series of ever-higher types of mineral energy. For instance, the type of energy which plays upon iron ore, or which produces tin, is emanated from a different centre in the body of the Entity informing the mineral kingdom to that which converts the elements into those wondrous jewels, the diamond, the sapphire, the emerald or the ruby. Treatise on Cosmic Fire, Page 1071

So here we are told that there is a great entity who informs the mineral kingdom of this planet, and apparently the heavy metals like tin and iron form a center as well as one that informs the jewels, which would probably include crystals. He doesn’t say which center these belong to, so let us put forth our best estimate.

The base of the spine is the foundation of life, so that may be the center of the planet. The sacral center creates living forms, so that would be outer part of the planet including the top soil or the top layer of the planet from which living things grow. The solar plexus would be the oceans, for water is a symbol of emotion. The heart would include all elements that are not metallic or gaseous. The throat would be the metals – the source of many creative forms by humans. The ajna center equates to precious jewels and crystals, and finally, the crown center would be the atmosphere and all other gasses. The atmosphere is above the physical earth as is the crown center above the physical body.

Note that we are including the atmosphere and oceans in with the mineral kingdom as being inorganic. They would therefore belong to the first kingdom, the mineral, rather than the vegetable or another kingdom.

DK indicates that the various centers are not set in stone, but may vary according to consciousness and perspective.

For instance, we could arrange this kingdom into the seven groups of elements in the periodic table, each having a different number of electron shells.

Concerning the divisions of the kingdoms DK says this:

“It will be clear that each of the kingdoms—elemental, mineral, vegetable, and animal as well as the human—is divided into seven primary types or rays.” Esoteric Psychology, Vol 1, Page 164

Ray II is the beneficent influence, expressing itself through the cereals and flowers.

Ray IV is the life quality, expressing itself through the grasses and the smaller forms of vegetable life,— those which provide the “green carpet whereon the angels dance”. Psychology, Vol 1, Page 239

The student can only guess at other divisions. Trees would be a definite one of the seven major divisions.

Again, with the animal kingdom, he does not list the centers or divisions, but does give us some information:

“…for instance, the rapport being established between humanity and the domesticated animals. These animals are to their own kingdom what the New Group of World Servers is to humanity.” Telepathy and the Etheric Vehicle, Page 68

Earlier we learned that the New Group of World Servers represented an aspect of the ajna center of the planet, so we have an indication here that domestic animals as a whole represent that center within their own kingdom.

In addition, he does give some specific rays in connection to animals:

“Elephants are upon the first ray; dogs are expressions of the second ray; the cat is a third ray life manifestation, and the horse is sixth ray.” Esoteric Psychology, Vol 1, Page 260

This would indicate the elephants are linked to the head center of the animal kingdom (First Ray), dogs; the heart (Second Ray), Cats – the throat (Third Ray), and horses – the solar plexus (Sixth Ray). A number of interesting divisions can be made when all life associated with this kingdom are considered, such as the fish, insects and other animals not mentioned.

We have covered the seven human centers, noting five current cities and two centers to later appear, but in addition, the number seven repeats numerous times with us. For instance, the Ancient Wisdom teaches that during our evolution here there will be a total of seven root races. We are in the fifth now with two more to come. In addition, there are the seven continents which are: Asia, Africa, Europe, North America, South America, Australia and Antarctica. Then we have the seven seas, which are the Arctic Ocean, the North Atlantic Ocean, the South Atlantic Ocean, the Indian Ocean, the North Pacific Ocean, the South Pacific Ocean and the Southern (or Antarctic) Ocean.

Then, among humanity itself, there are seven divisions according to ray type. Each person is dominated by one ray above the others.

Those on Ray One gravitate to politics and positions of power and leadership.

Ray Two people have a strong desire to share and serve and are often in some type of teaching position.

Ray Three people are practical, good thinkers and are often found in business, manufacturing, sports and in creating organizations.

Those seeking creativity, harmony and unity are often on the fourth ray.

Scientists and logical concrete thinkers are influenced by the fifth ray.

The sixth ray has dominated for the past two thousand years during the age of Pisces which is now passing. Idealists, devotees and religious people are found on this ray.

The seventh ray is called the Ray of Ceremonial Law, Magic or Order. Those who are attracted to law and order, efficient business practices and ceremony, such as the Masons, are under this ray.

There is no single physical location for those on the different rays, as the divisions have more to do with energy than location.

The fifth kingdom representing Ray Two and the heart center of the planet is usually referred to as the Spiritual Hierarchy. These are those who have passed beyond the regular human stage in consciousness and have mastered human problems and are often called Masters of Wisdom. Djwhal Khul relates to us how these great lives are organized according to the seven rays. He thus gives out the positions of the Christ and Twelve Masters.

Under Christ, also on Ray Two, is a European Master, Koot Hoomi, and Djwhal Khul, the master who communicated with Alice A. Bailey.

The master heading up Ray One is called Vaivasvata Manu. Under him on this ray is the Master Jupiter and Morya.

The title for the head of Ray Three is called the Mahachohan or the Lord of Civilization. This is currently headed by the Master Rakoczi, formerly known as Saint Germain.

Under him is a Venetian Master, also on Ray Three.

On Ray Four is The Master Serapis and Ray Five is Hilarion, also known earlier as Paul of Tarsus. Ray Six is Jesus, who was the one who received the Christ at baptism. Ray Seven was presided over by Rakoczi but he moved up in position to head Ray Three, the Lord of Civilization. His replacement has not been identified.

The lower part of the ajna center of the planet are the New Group of World Servers in their seven divisions according to ray type previously mentioned.

The seventh center is Shamballa presided over by the Planetary Logos, the Ancient of Days – Sanat Kumara. The seven centers concerning this are represented by the seven Kumaras at the head. H.P. Blavatsky gave out the names as follows:

“The Exoteric four are: Sanat-Kumara, Sananda, Sanaka, and Sanatana; and the esoteric three are: Sana, Kapila, and Sanat-sujata.” Secret Doctrine Vol 1, Page 457

“It has been said that in the head of every man are seven centres of force, which are linked to the other centres in the body, and through which the force of the Ego is spread and circulated, thus working out the plan. Sanat Kumara, with the six other Kumaras, hold a similar position. These central seven are as the seven head centres to the body corporate. They are the directing agents and the transmitters of the energy, force, purpose, and will of the Planetary Logos on His own plane.” Initiation Human and Solar, Page 30