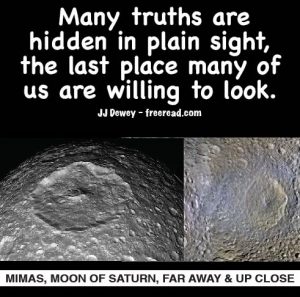 When we take into consideration all the veils and thoughtforms that may be hiding the true points of various centers, the student may wonder if it is possible to identify actual solar systems that may be centers in our local Cosmic Logos. So far our sun is the only one positively named and we know that it is the heart center. As noted earlier, evidence presented by DK indicates that Sirius is the throat center. So the obvious question is whether there are any other clues we may have missed? In answer to this I would say that there are three.

Clue One: Just as the Great Bear and the Pleiades are centers containing groups of stars in close proximity, like a family, even so, it would be reasonable to assume that the seven solar systems of our local Cosmic Logos are also in fairly close proximity. If this is a true conclusion, then weight is added to Sirius being a local center, for it is one of the closest major stars to us being just 8.6 light years away.

Clue Two: DK gives a hint as to size. Concerning the seven solar systems of which we are a part he says

“…our solar system is revolving around a cosmic centre along with six other constellations of even greater magnitude in the majority of cases than ours, only one being approximately of the same magnitude as our solar system.” Treatise on Cosmic Fire, Page 1084

This tells us that five of the solar systems from our group are of a “greater magnitude” while one is similar to ours.

Sirius, which is evidently in our group, is definitely one of the five with greater magnitude, for it radiates with 25 times the energy as given off by our sun and has twice the mass.

So, which star could be the one that is similar to our sun?

The obvious answer would be Alpha Centauri A.

The Alpha Centauri system is the closest one to us making it a good candidate for the local group right there. It is a triple star system and its main star is very similar to our sun. It is just about 10% heavier and hotter than our sun, but about 50% brighter.

Its companion star, Alpha Centauri B, is a little smaller and cooler than the sun.

The third star is a red dwarf only about 12% the size of our sun.

So, where would Alpha Centauri and other systems fit in as far as the seven solar systems go?

Clue Three: DK gives us another important hint. He speaks of:

“A cosmic wheel, or a group of seven constellations. These are grouped according to:
(a) Their magnitude,
(b) Their vibration,
(c) Their colour,
(d) Their influence upon each other.” TCF, Page 1085

The magnitude and color are registered by astronomers. The vibration is esoteric and not understood by them. As far as (d) goes scientists recognize only gravitational influence, whereas esoterists recognize their influence as living beings and emanators of the seven rays.

Let us then focus on magnitude and color, something accurately tabulated by scientists.

Using the Law of Correspondences, we can assume there would be similarities between the centers in human and higher lives. Such correspondences are rarely exact, but do give indications.

We are told that the Sun is the heart center of our Cosmic Logos, so let us look at the colors associated with the human heart center. In describing its color DK says it is “glowing golden.”

And what color is our sun? It is about as close to a gold color as any star out there.

We suspect that Sirius is the throat center. So what color does DK associate with this? He says it is “silvery blue, the blue predominating.” Silvery blue is a very accurate description of the color given off by Sirius, a much hotter sun than ours. In addition, we are told that the “Blue” Lodge makes it home there.

The main two stars in the Alpha Centauri system are yellow and light rose in color. This corresponds to one of the two major petals in the ajna center.

The other petal is blue and purple. There are no purple stars, but each star has an exoteric color we can see in the physical and esoteric one, not obvious to the observer. For instance DK quotes from the Secret Doctrine stating, “The true colour of the sun is blue.” Esoteric Astrology, Page 671.

Then he expands saying, “The Logos of our system is concentrating on the love or blue aspect. This—as the synthesis—manifests as indigo.” Esoteric Psychology, Vol 1, Page 127

So the stars indeed shine with visible colors depending on temperature and composition, from red to orange, to yellow, to white and then blue for the hottest of them.

All the colors of the centers are found in the visible stars except for the purple in part of the ajna center and some green in the solar plexus. So these colors could be represented esoterically.

In searching for the other four solar systems which could be centers in our Cosmic Logos, we have three clues. First DK tells us the rest in question are all larger than our sun. Second, would be their colors, as differentiated in centers, and third, they would be in fairly close proximity.

A good candidate for the head center would be Vega. At 25 light years distance it is still considered a close neighbor. It is larger than Sirius and almost twice as bright. It gives out 40 times more radiation than our sun. It is very hot and glows bright white, perhaps corresponding to the white petals in the crown.

A good candidate for the base of the spine is Pollux, as it is our closest orange star of significant size, corresponding to the orange petals in this center. It is about nine times the size and twice the mass of our sun. It gives off 33 times as much light as our sun.

Acturus, a giant red star, 37 light years away, is a good candidate for the sacral center. It is ancient, over seven billion years old, and near the end of its life at 25 times the size of the sun, giving out over 100 times as much energy.

The best local fit for the solar plexus is the Zeta Herculis double star system in the constellation of Hercules, 35 light years away. Together they give off a rosy orange-red light that corresponds to the color of the solar plexus as given by DK.

Thus, we have a potential Cosmic Logos conforming to the Law of Correspondences and DK’s statement that five of the solar systems would be of a larger magnitude than ours and one would be similar. This tells us one more thing often overlooked. DK’s writings indicate that a star would most likely have to be as big as our sun or larger to be considered for a center in a greater logos, as he mentions nothing smaller. That raises this question. Where do the smaller stars fit in? 70% of the galaxy is composed of red dwarfs and many of them are only about 2% the magnitude of the sun. Then there are white dwarfs and many other smaller suns. Overall ,90% of the stars out there are smaller than our sun, yet basically overlooked by esoterists.

Again, we look to the Law of Correspondences. In the human body there are seven major centers but many lesser ones. In addition, DK says there are three other significant ones and “twenty-one lesser centres and forty-nine smaller centres known to the esotericists.” Esoteric Healing, Page 72

In addition to these, there are many smaller centers corresponding to acupuncture points.

So if we correspond The One About Whom Naught May Be Said to the centers of the human body, we can expect this great life to, not only embody the seven centers or solar systems, but many lesser systems and red dwarfs. Each of these smaller suns would be a minor center in some higher logos.

It is an amazing thing to contemplate life as it manifests from the tiny atom up to the Cosmic Logos and beyond. It stretches the imagination to think on these things, leaving the seeker to exclaim, “The mystery of godliness, how great it is.”