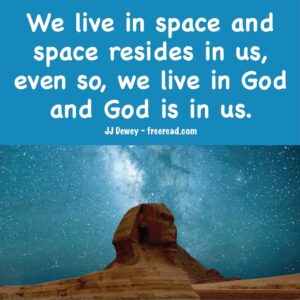 (2) What is the meaning of the rainbow?

(3) Who are the 24 Elders? Do you think they are all men? What is the meaning of the crowns of Gold?

First, we are told that God was to “look upon like a jasper and a sardine stone: and there was a rainbow round about the throne, in sight like unto an emerald.”

Now the interesting thing is that exactly what a jasper and sardine stone was 2000 years ago may have been lost to history. Plato mentions these three stones in his writings as very precious and they are mentioned several other times in the scriptures. Later in Revelations we are told that the light of the New Jerusalem “was like unto a stone most precious, even like a jasper stone, clear as crystal.” Rev 21:11

Why is this significant?

Because the modern jasper is a dull opaque stone whereas the jasper of revelation was “clear as crystal.” Some scholars think John may have been describing a diamond or something similar. On the other hand, the sardine stone was supposed to be blood red. Scholars believe the emerald of ancient times was similar to the modern emerald.

When John saw God he thus saw a translucent white light contrasted by a deep red and the reflection of a rainbow of colors around the throne that looked like light reflected through an emerald.

There is another mention of the contrast of white and blood red in Rev 7:14 “These (the saints) are they which came out of great tribulation, and have washed their robes, and made them white in the blood of the Lamb.

The robes of the saints were made white by being washed in blood. Did John see a correspondence of this symbol in that the Jasper is made clear white through the contrast of the blood red of the sardine stone?

A major point to consider is John does not describe God as a man sitting on a throne, but as lights resting upon and around the throne.

Here is one description that DK gives of the light in the head: “This pathway of light leads to the heart of a dark blue disk at the very centre of which you were told I could be contacted. Those of you who are in any way adept at meditation work know well that the light in the head when seen and recognised passes usually through three stages of intensification:

“a. It is, first of all, a diffused light, surrounding the head, discovered later within the head and producing an inner radiance, which is the rudimentary halo.

“b. This diffused light then consolidates and becomes an inner radiant sun.

“c. Finally, at the centre of that sun, a point of dark blue, or a small indigo disk, appears. This is, in reality, the exit in the head through which the soul passes out of the world of phenomenal existence, and it is the symbol of the path or the door into the kingdom of God. This is the symbolical interpretation of the phenomena.”

In addition he makes another interesting statement: “The human being who has taken the highest of all our planetary initiations is termed “the diamond-souled” the man who can perfectly transmit the pure white light and yet reflect equally all the colours of the rainbow, the seven colours of the chromatic scale. His personality is here called by the same term for it has become a transmitter of the inner light or radiance.”

He also calls the link between the higher and lower self the rainbow bridge. The personality has all the colors of the rainbow which are merged into the one white light of God.

The lower self circulates around the throne of God, but the final light sitting upon the throne is white, clear as crystal.

Round about the throne were 24 Elders. When the scriptures says “elder” we have a tendency to think of a male dominated position, but the word comes from the Greek: PRESBUTEROS which implies old or ancient, These twenty four also sat on thrones, mistranslated as seats.

As we said at the beginning the book is about the unveiling of Jesus Christ and for what was Christ most famous? The first historical human molecule of twelve human units, twelve male with twelve female companions. The twenty-four have thrones as God does because they are extensions of the full consciousness of Christ.

Finally, the crowns of gold symbolize the victory over the lower nature and the ability to maintain soul contact at all times so the molecular order maintains its presence before the throne of God.

Here are the next two voices:

Contemplate as to what the symbols in these verses mean.

The lightenings from the throne or presence of God are flashes of light, intuition and revelation the seeker discovers as he approaches the inner presence.

The thunderings are the inner quaking  that penetrates to the core as one senses the voice of God within.

The voices are the expressed communication the seeker makes as he translates the revelation into words as he teaches his fellowmen the principles he received.

The seven spirits of God are the seven chakras as they apply to the individual.

The Sea of Glass is the highest of the seven planes or the “divine.” On the physical level that which corresponds to this is space itself, whether it be the space which holds the stars or the space within our being.

Now think some more about the meaning of the four beasts and the eyes within.

“„…round about the throne, were four beasts full of eyes before and behind. And the first beast was like a lion, and the second beast like a calf, and the third beast had a face as a man, and the fourth beast was like a flying eagle. And the four beasts had each of them six wings about him; and they were full of eyes within: and they rest not day and night, saying, Holy, holy, holy, Lord God Almighty, which was, and is, and is to come. And when those beasts give glory and honour and thanks to him that sat on the throne, who liveth for ever and ever.” Rev 4:6-9

The most obvious thing of interest here is that these four beasts are symbols of the fixed cross of the zodiac. The first beast was the lion, the symbol of Leo, the second a calf for Taurus, the third a man, a symbol of Aquarius and the fourth a flying eagle, one of the symbols of Scorpio. Each sign of the zodiac is in one of the three crosses: the mutable, the fixed and the cardinal. The fact that all four of these signs are in one cross shows that the astrological connection is no coincidence, but an important message is embedded therein through symbolism.

The meaning of the fixed cross signifies fixed intent, persistence, reliability and firmness – that which can be depended upon.

This gave the early saints three messages: (1) You can depend on God to stand by you, (2) he who endures to the end shall be saved, (3) a symbol of the cross whereon the Son of God was fixed between heaven and earth.

Each of the beasts has six wings. Isaiah calls these beasts Seraphim “In the year that king Uzziah died I saw also the LORD sitting upon a throne, high and lifted up, and his train filled the temple. Above it stood the seraphims: each one had six wings; with twain he covered his face, and with twain he covered his feet, and with twain he did fly. And one cried unto another, and said, Holy, holy, holy, is the LORD of hosts: the whole earth is full of his glory.” Isaiah 6:1-3

Searaphim comes from the Hebrew SARAPH and means “burning or fiery ones.” This is translated as “fiery serpents” in Numbers 21:6 & 8 and as a “fiery flying serpent” in Isaiah 14:29

The fact that these four beasts are associated with serpents (a symbol of wisdom) tells us that there is much wisdom to be gained through an understanding of the fours signs of the fixed cross. The fact that they are fiery before the throne of God is a sign that enlightenment can come through the contemplation of God’s handiwork in the heavens.

The six wings are a symbol of the six worlds of creation with the seventh being the throne of God or the sea of glass. Four wings cover the fiery light and only two are in use which tells us that average humanity cannot see (wings covering the face) or work (wings covering the feet) in the higher worlds. They are limited to two worlds ˆ the physical and emotional. When the “mark of the beast” is removed, two more wings shall be free and cause the seeker to gain greater power of flight to the world of the mind and intuition or higher love.

This is the destiny of the science of astrology, which is yet in its infancy as far as the general understanding of humanity is concerned.

“It doesn’t make a difference what temperature a room is, it’s always room temperature.” Steven Wright (1955 – )