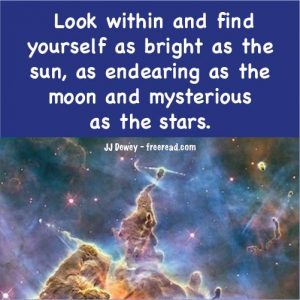 The Body of the Cosmic Logos, Part 9
Constellations and Thoughtforms

As it turns out, DK has only definitely named one center in the body of our immediate Cosmic Logos of Seven Solar Systems, and that is our solar system which is the heart center.

He is not clear as to whether Sirius is part of our system or another, whether it is centered on the heart or the throat.

Here is my best guess. Sirius is the throat center and our solar logos is the heart of our immediate Cosmic Logos. Then there are seven groups of seven other centers who form the body of a greater logos. Our Cosmic Logos is the heart center in this greater being. This would explain why Sirius is spoken of as being connected with love-wisdom. It sends to us because the brotherhood there is more evolved than here, and they are better able to pick up the will of the greater logos in relation to love and share that with us.

It would seem that five stars and constellations DK loosely linked to centers are not likely to be a part of our local Cosmic Logos. For one thing, we are not in the same league as Betelgeuse, Polaris, Alcyone and Antares as their systems are much larger. In addition, they are all over 400 light years distant, and from any of these systems our sun could not even be seen with the naked eye. In addition, there are over a million other suns within 400 million light years. The constellations he mentions may be centers somewhere and send us energies, but they are not likely to be a part of our immediate Cosmic Logos.

His manner of dealing with the influences of these systems can be explained in this statement concerning the “great illusion” around the Zodiac. He says the “potency of the thoughtforms which have been built up in connection with the twelve signs. These thoughtforms were originally constructed or anchored upon the mental plane by the Hierarchy in Atlantean days and they have steadily gained in power ever since. They serve as focal points for certain forces and enable the individual, for instance, to be in touch with great reservoirs of energy which then definitely condition him.” Esoteric Astrology, Page 69

DK speaks of “blinds” in relation to a couple of potential centers, and no wonder if much of the energy picked up from the various stars and constellations is filtered through thoughtforms created right here on earth by the Hierarchy.

This doesn’t mean the energies are not real, but that the Hierarchy has devised a scientific way to pick up the energies of the seven rays from numerous cosmic sources.

Let us take the constellation of Draco, for instance, which DK relates to the base of the spine. It consists of about 20 stars that are visible to the naked eye on a clear dark night. The thoughtform around this series of stars is related to a dragon or a snake-type image and subtleties of what such an image may represent. Thus, when the student focuses on these stars and accesses the thoughtform, he links more into the energies drawn into the thoughtform than the actual constellation itself.

To us on earth, when we look at a constellation like Draco it appears that all the stars in it are linked up as if they are one big family, but what is often unrealized is that if the observer shifted his location 90 degrees in reference to them, most of them would not appear to be linked up at all.

When we look at a constellation in the night sky it may seem that the stars are together and a similar distance from us, but such is not the case. Here are some distances from significant stars of Draco: Eltanin is 154.3 light-years away, Aldibain is 92.1, Rastaban is 380, Altais is 97, Aldhibah is 330, Edasich is 101, Batentaban Borealis is only 26 and Kappa Draconis is 490 light years away.

These stars range from 26 light years away to 490, a huge distance that would cause them to not be seen as part of the same group from another part of the galaxy. It is merely an illusion caused by our reference point that makes them appear in a group formation.

On the other hand, the Great Bear is another story and a case could be made that it does indeed consist of a family of stars. Five of the seven main stars were all created about the same time – 300 million years ago – and reside within a few light years of each other, and are all around 80 light years from us.

Two of the stars, a pointer, Dubhe, and Alkaid on the end of the handle do not seem to belong. They are some distance away from the main group, a different age and not moving in sync with them. There are eight additional stars associated with the Great Bear, and two of these could be the actual centers for which Dubhe, and Alkaid veil.

Astronomers say that Sirius is in the same moving group as the cluster at the Great Bear, but they attribute that to an accident of nature since it had a different creation date. Even so, this could signify an esoteric connection.

Because of the close group association of 13 stars and close proximity, the energies of the Great Bear could indeed have a powerful effect on us with or without a thoughtform to assist.

The Pleiades is perhaps the most closely knit star family mentioned by DK, though overall they average about five times the distance from us as the Great Bear – approximately 400 light years away compared to 80 for the Great Bear. All the main stars in the group are young at less than 150 million years of age. The Seven Sisters have the names of Maia, Electra, Alcyone, Taygete, Asterope, Celaeno and Merope. Atlas and Pleione are two other significant stars that represent their divine parents. In addition to these nine, there are five others that are visible to the naked eye, making 14 in all. But with modern telescopes astronomers tell us that the Pleiades contain an additional 1000 stars that belong to this group, so whatever life of which the center, it is a significant one.

Keep in mind that at this distance from us a star comparable to our sun would be invisible to the naked eye. We only see the Seven Sisters because they are larger and much more radiant than our sun. Take the star Celaeno, for example. It is a sister that is barely visible on a clear dark night, but it shines 344 times brighter than our sun. That is about 14 times more radiant than Sirius. Then the brighter sister Alcyone is 1000 times brighter than our sun. These Sisters just seem dim because they are so far away. Thus, when we speak of the Pleiades, we are talking about a massive center of 1000 stars, which belong to the same family, with most being larger than our sun . As a group they are bound to exert a strong influence on a large portion of our local universe and, with or without a thoughtform, their energies would affect us here.

Ursa Minor, the Little Dipper is another story. They do not move nor were created as a family, but are kind of a random association of stars of various types and distances that create the illusion of a family in a constellation. In reality they were al created at different times and are in seven different locations. They only seem to be grouped because of how they are viewed from our cosmic location, similar to Draco. Notice the differences in distance and age of the seven stars of the Little Dipper:

These stars have little in common with each other, and if viewed from another place in the galaxy would not seem to be together at all as a constellation. Therefore, any accumulative energy from Ursa Minor (The Little Dipper) has to be supplied by a thoughtform acting as a transmitter.

In addition to various stars and constellations representing centers, we find there is also a higher correspondence to the lower quaternary.

“Our solar system, with the Pleiades and one of the stars of the Great Bear, form a cosmic triangle, or an aggregation of three centres in the Body of HIM OF WHOM NAUGHT MAY BE SAID. The seven stars in the constellation of the Great Bear are the correspondences to the seven head centres in the body of that Being, greater than our Logos. Again, two other systems, when allied with the solar system and the Pleiades, make a lower quaternary which are eventually synthesised into the seven head centres in much the same way as in the human being after the fourth initiation.

The sevenfold head centre in its turn finds ultimate expression in the gorgeous twofold centre above the top of the head and surrounding it. Equally so, beyond the above named constellations is still another cosmic centre. The name of this centre is one of the secrets of the final initiation, the seventh. These are the only correspondences that may as yet be imparted. What lies beyond the solar ring-pass-not may be of intellectual interest, but, for the purposes of microcosmic evolution it is a matter of no vast import.” Treatise on Cosmic Fire, Pages 182-183

Students may be perplexed about the throat and heart being in any lower quaternary, but DK is speaking of such in relation to the advanced disciple.

From our standpoint on this planet, the heart would be our solar system and the throat would be the Pleiades. Then he associates Betelgeuse with the solar plexus and Draco with the base of the spine, giving a hint as to the full quaternary he has in mind. Keep in mind that there are most likely thoughtforms and veils involved, though the energies are real. The actual solar systems in our local Cosmic Logos as centers for the throat, the solar plexus and the base are merely represented by greater constellations and thoughtforms behind them.

Above these great lives is a greater one still, and the name (implying understanding) is only available to a seventh degree initiate. Since DK is a fifth degree, this would imply that he has limited knowledge here of such a great being. I think this explains some of his ambiguous teachings of the Cosmic Logoi.

1 thought on “The Body of the Cosmic Logos, Part 9”