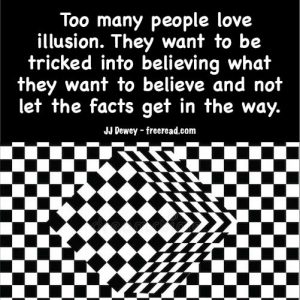 The Alice A. Bailey Writings

An LDS reader expressed concerns about some negative material that she read about Alice A. Bailey and Lucis Trust.

You must look at Alice A. Bailey critics in a similar vein as you do Book of Mormon and Joseph Smith critics. You know from your experience that they use half truths and completely distort teachings and doctrinal positions.

Enemies of light do the same thing with Alice A. Bailey writings as I am sure they will do with my own when I get better known.

There is no evidence whatsoever that David Rockefeller has anything to do with Lucis Trust. They have published all members of the corporation and all positions and I have never seen his name on any group.

Secondly, the Lucis Trust has had an enormous struggle for money clear from the beginning. They have barely enough to publish their books and pay their staff. They have been wanting to get on a radio station for decades and have just now managed to get on one station. That gives you an idea of the funds they are working with.

Do you think this would be the case if David Rockefeller and a vast wealthy conspiracy were behind the teachings?

I don’t think so. If the Rockefeller wanted this to succeed it would have plenty of money to get on the air and promote its cause.

As far as the name Lucifer is concerned. I have heard enemies claim that was the original name of Lucis trust and this may be true. Madame Blavatsky originally called one of her publications by this name to tweak her enemies. You must keep in mind that when one is released from dogma that the name Lucifer is a high and holy name which means “Bringer of Light.” This is why both Jesus and Peter in the New Testament are called Lucifers.

The fact few realize is that he who fell is no longer called by this title as hinted at in the D&C. Below I am sending you the text of some of my comments on this I wrote on this earlier. You will see there that Alice A. Bailey taught of a Lucifer who did fall who was a close associate of the Ancient of Days or Sanat Kumara.

Yes, Sanat could be conjured as a scrambling of Satan, but there is one great difference. Satan has a hard “a” and Sanat is pronounced softly. Hard a’s are connected with destroying energy and the soft with building.

For instance the word America has soft a’s and was intentionally promoted by the Brotherhood so our country could be created with a spiritual building energy.

Darkness often takes that which is good and distorts or reverses it.

Thus we have Lucifer changed from Lightbringer to a reference to the prince of darkness. We have Sanat turned from a building energy to the destroying sound of Satan.

As far as saying one is subject to the devil because he claims to be subject to the Lord of the World is misled (referring to Satan being called the god of this world) Paul was making a point that people choose evil more than good.

Now look at these scriptures:

“And one cried unto another, and said, Holy, holy, holy, is the LORD of hosts: the whole earth is full of his glory.” Isa 6:3

“For thy Maker is thine husband; the LORD of hosts is his name; and thy Redeemer the Holy One of Israel; The God of the whole earth shall he be called.” Isa 54:5

“Arise and thresh, O daughter of Zion: for I will make thine horn iron, and I will make thy hoofs brass: and thou shalt beat in pieces many people: and I will consecrate their gain unto the LORD, and their substance unto the Lord of the whole earth.” Micah 4:13

“Then said he, These are the two anointed ones, that stand by the Lord of the whole earth.” Zech 4:14

From a higher point of view the God of Glory and Light and Truth and Love is the real God of the planet. It merely appears that evil is in control.

As far as the Masonic Lodges are concerned Alice A. Bailey taught just as Joseph Smith did, that they were inspired in the beginning but are corrupted, but eventually will be restored as a useful tool of the brotherhood. Remember Joseph Smith was a Master Mason.

Every possible tool will be used to help the race including schools and churches. Many of the churches are making progress. For Instance, the Catholics have done a lot of good in Central America over the past twenty years and some have give their lives for the cause of freedom.

This black and white labeling of someone or something as all evil because of association is a favorite tool of darkness.

I am also including below page 107 from The Externalization of the Hierarchy. Read it over and I think you’ll see nothing to be alarmed about. In fact once you have read the whole book it is as difficult to call these writings evil as it would be the Bible, or the Book of Mormon you reverence.

Things are never as they seem on the surface and just as the revelations of Joseph Smith stirred things up and caused men to call good evil so will be the case with all teachings until the light of God is anchored on the earth.

When questions like this come up it is good to look to the following principle revealed in Ether:

The final test is the Spirit itself. Study things out in your mind and then ask God. Ask God about me and any teaching that I or any other presents and feels what the spirit speaks inside to you. But one must study with an open mind as a little child.

This is one thing I notice that is lacking with many ex Mormons. Anything that goes contrary to their past beliefs they do not seem to study it out and seek an answer from Spirit. This is a core principle for a true seeker.

Extract from Externalisation of the Hierarchy, Page 107

The second time was at the time of the struggle in Atlantean days between the “Lords of Light and the Lords of Material Expression.”

This little known divine energy now streams out from Shamballa. It embodies in itself the energy which lies behind the world crisis of the moment. It is the Will of God to produce certain racial and momentous changes in the consciousness of the race which will completely alter man’s attitude to life and his grasp of the spiritual, esoteric and subjective essentials of living. It is this force which will bring about (in conjunction with the energy of love) that tremendous crisisimminent in the human consciousnesswhich we call the second crisis, the initiation of the race into the Mystery of the Ages, into that which has been hid from the beginning.

It might be of value here if we considered the three great planetary centres and their relationships in tabular form and thus get the general idea more clearly in mind.

Ruler:  Sanat Kumara, the Lord of the World

the Ancient of Days

Son of the Morning (Before the Fall)

The Prodigal Son (After the Fall)

This Shamballa energy now for the first time is making its impact upon humanity directly and is not stepped down, as has hitherto been the case, through transmission via the Hierarchy of Masters. This change of direction constituted a somewhat dangerous experiment as it necessarily stimulated the personalities of men, particularly those whose personalities were along the line of will or power and in whom the love aspect of divinity was not sufficiently expressing itself; it was, however, permitted because it was realised that it would not affect the man in the street or the masses who would remain unresponsive to it, though it might greatly stimulate and intensify the mental and more potent type of man.