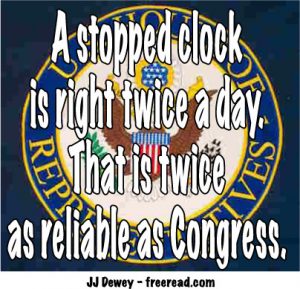 I’m exhausted from watching the election returns. (written Nov 7, 2000) I never thought I would see one with more drama than Kennedy-Nixon, but this tops the cake.

I stated in this group back in Feb 1999 that Hillary had an eye on the Presidency. This was before she announced that she was seeking the Senate. Now that she’s had a substantial win in the Senate I suspect she will seek the presidency as soon as she sees an opportunity. I do not think she will make it, but there are a lot of variables between here and there.

The last democratic president I admired (despite his faults) was John Kennedy. I remember when he gave his inaugural address and said:

I was won over to him at that moment.

Now it’s sad to say that those great words have been swept under the carpet and the theme of our political world now is:

The politician who promises the most goodies that the country can do for us seems to be the one we want to vote for.

This idea needs to be turned around and the concept of service for something else besides the tiny self needs to be restored. This is essential groundwork for the return of Christ.

Maybe we ought to take a break from the heavy stuff and talk about politics for a day or two since this historic election is so much on everyone’s mind.

I know we have both conservatives and liberals in the group and we hope to offend neither. Actually, there is a lot of both sides in me. But the conservative in me does not seek to hold on to the past for the sake of the past, but I seek to keep those things from the past that work and discard those that do not work.

The liberal in me does not seek to support every give-away program that sounds or feels good and does not seek change for change’s sake. Instead I am liberal in the sense of liberally looking at and exploring new ways to improve the system and especially liberal at advocating individual and group freedom.

I am closest to the Libertarian party in philosophy, yet not a member or associated with them. I think the Libertarians would be better off to promote their principles within the two main parties than support a third party as I believe they are too far away from mainstream to elect a presidential candidate in the near future.

The main criteria I look for in supporting a party or candidate is their adherence to the Principle of Freedom.

Here’s how I size up the two major parties in the U.S. (and they have their correspondents in other countries).

Republicans support to some extent (usually not enough) the Principle of Freedom in the following ways:

Problem: big government always results in less freedom of the majority and especially the self-reliant.

Problem: Regulations and laws always take away freedom and should be kept to a bare minimum.

A responsible people are less likely to infringe on the freedoms of others.

(5) Tolerant of freedom of speech in areas considered politically incorrect.

(6) They seek to ensure we have oil supplies and become more self sufficient as a nation.

Problem: Right now we get over 65% of our oil from other nations and if we were to have a major war or international incident we could lose half of our supplies which could result in the disaster of rationing, thousand freezing to death in the winter, mob action, a depression etc. Overall we risk a tremendous loss of freedom in our current situation.

The best solution is to put more research into alternative energy which could be perfected within thirty years.

(7) Support of the free market system.

The freer the market the more prevalent the freedom for all.

(8) They seek to create programs to deter other nations from having power to destroy others with nuclear weapons.

Key to this is a missile defense system.

All things are possible for us to achieve and if the free world were to cooperate in this endeavor then we could eliminate the threat from fanatical dictators who will shortly get nuclear weapons and missiles.

Problem: A nuclear missile hurled at New York by a rogue nation would certainly diminish the prospects of a free society.

Having millions of people evaporated with a nuclear weapon would be a painful way for us to learn a lesson. It’s also bad for the environment. Very bad.

The Negative aspects of the Republicans as far as freedom is concerned.

(1) Many from the far religious right are in this party and cause fear in their opponents that some freedom of choice would be taken away if they were in power. Some of these fears concerning them are real and some imaginary.

(2) Many (but not all) Republicans want to legislate a woman’s right to choose, drugs, flag burning and morality.

(3) Many support long jail sentences for non violent crimes that draw on our financial resources and could be solved by other methods.

Democrats support to some extent (usually not enough) the Principle of Freedom in the following ways:

(1) A tolerance for unusual views. Unfortunately, this does not extend to politically incorrect speech or views that challenge their belief system.

(2) Freedom of choice in most moral issues.

(3) Freedom of speech in some important areas, but like the Republicans they are far from perfect.

(4) Fewer laws or more tolerance for behavior which only affects the individual. An example is their general support for medical marijuana.

The Negative aspects of the Democrats as far as freedom is concerned.

Both the Democrats and Republicans have shifted in position over the years. Kennedy and Truman were much more like today’s Republican’s. Truman’s motto was a very Republican one – “The buck stops here.” Kennedy supported massive tax breaks similar to Reagan, believed in the trickle down idea, free market, self reliance and minimal regulations.

On the other hand, the Democrats, thanks to Johnson and Clinton have evolved into areas where none has gone before in recent history. They need to get back to their roots and concentrate on living up to their name by making the country truly “democratic.” Instead their main focus has been in appealing to people’s desire to have government do for them instead of doing for themselves and allowing the service-minded to do for others in place of government.

The Principle of Freedom is always where the battleground is my friends. Look at any issue and you will see that freedom lies more on one side than the other. Disciples must always look to the side or cause where the greatest freedom for the highest number will be manifest and go in that direction without thought to party or dogma.

My guide to being a great writer.

(1) Write easy-to-understand and interesting words in a language a child can understand.

Reader comment: “That was interesting JJ. ……written from the viewpoint of a white, male, self-sufficient Christian non-handi-capped and married person.

JJ: Race and status has never entered into my arguments and once again you are wrong about me. I do have a physical handicap caused by an exploding rocket when I was 13, and it was the cause of me being fired numerous times when I was younger. This is one of the reasons I have wound up in business for myself.

My handicap has also been the source of much more discrimination in my life than any minority or woman I know experiences.

The thing that irritates me most about my handicap is when some show pity, feel sorry for me or expect any lower performance out of me than anyone else.

Being fired or discriminated against did not diminish by a micron my desire to allow people to do whatever they want within their own domain. If someone owns a business and they have doubts about my ability and want someone else in what could be a dangerous job that is their right. I would be wrong to infringe on that freedom. Instead of whining about the problem, suing or seeking affirmative action I sought to solve the problem, which is what I did to the advantage that I experienced considerable growth over the ordeal.

The thief can steal a man’s life savings and claim he did a good thing because he now has more “freedom” to make investments and take care of his family. But freedom obtained by force, or taking away the freedom of another is a terrible violation of the principle I have taught numerous times.

In the old South many fought to keep the principle of slavery alive because it gave the taskmasters more “freedom.”

You paint big business as a big enemy of the people, but I have never had a big business steal a penny from me I was unwilling to give.

Let us take big oil for instance. They go to great risk and investment to deliver to me gasoline for my car which I am happy to buy.

Today most comics are at least $2.00 and not as good as the old ones. If gas had went up twenty times we would be paying $7.80 a gallon. It sounds like big oil has done a better job at keeping prices in line that has small comic.

Most coke machines now charge 75¢ out of a machine. That is a 1500% increase and if gas was in line with this then the cost would be $5.85 per gallon. (Note: Keep in mind that this was written in 2000 and prices have changed since then)

The point is that we should consider ourselves fortunate that we pay under $2.00 a gallon for fuel and I think big oil deserves a pat on the back for what they have accomplished here.

Oil companies average a profit of about 10¢ a gallon on gas, but the government here in the U.S. takes over 50¢. In other countries the take is $2.00 or more. So I ask – who should we make into the bad guy (if we need to have one) – big oil or big government?

Which one takes from us whether we want to give or not?

Big government. Big oil has never taken anything from me.

Which one provides me with a product that allows me greater freedom?

Big oil sells me fuel which I happily buy and this give me much more freedom than I would have without it.

Big government does provide some services, but I have little choice in my acceptance or non acceptance of them.

The funny thing about freedom is that if you ask anyone if they believe in it they will emphatically answer yes. But unfortunately, for the majority, freedom to them means freedom for the tiny individual self, even if it comes at the expense of the loss of freedom of others or damage to the whole of a group with a different belief system.

It would be nice if those who demand more from their country than they are willing to give, even at the expense of freedom, would all live in their own little country to see how they would fare for themselves without the responsible freedom loving people.

Nevertheless, it is true that sharing and service will become principles of salvation for the coming age, but these will become manifest through free will with much more power than good-through-force as encouraged by government.