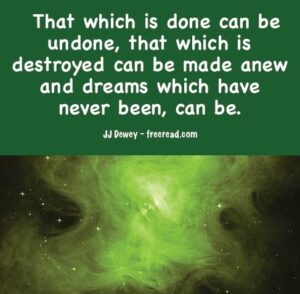 Prayers and the New Song

The book under discussion in chapter five of Revelation represents the knowledge of God as it is revealed through the Oneness principle and differing types of revelation takes place on the various planes. One of the meanings of the seven seals is the implication that there is specific knowledge and principles that apply to our sphere of activity which must be loosed and revealed to us.

The 24 elders represent advanced souls (masters) either on heaven or on earth who have perfected the molecular relationship. Whether they are male of female physically does not matter, but they represent 12 male and 12 female energy units. They also represent the higher self.

A more personalized correspondence is this: The pilgrim incarnates through the zodiac clockwise until he becomes a disciple. Then when he learns to go against the material flow he incarnates in reverse or counterclockwise. The twelve clockwise and 12 counterclockwise increments also corresponds to the 24 points of wisdom represented here for these 24 great lessons makes a master of wisdom, or an Elder before the throne.

“And when he had taken the book, the four beasts and four and twenty elders fell down before the Lamb, having every one of them harps, and golden vials full of odours, which are the prayers of saints.” Rev 5:8

If we skip to verse 11 we see there are three groups praising the Lamb, the beasts, the elders and millions of angels.

Interpretation: The lower self (beasts), the masters (elders) and the inner guides (angels) acknowledge the sacrifice of the lamb, that the disciple has obeyed the soul and followed as the lamb, but has now graduated. The lamb is sacrificed and the lion emerges with all power in heaven and earth. The lamb is not dead, but transformed. He still follows the inner voice but now knows the voice and is as confident as the lion.

So what do the harps represent?

A harp must be tuned and when it is, beautiful music is played for the Master. We not only receive from God but give to him. The playing of the harp signifies that when we attain the Christ consciousness, we become finely tuned in both our lower and higher natures and are likened to a musical instrument joining in the “music of the spheres” to play in the great symphony of God.

Next it speaks of the “golden vials full of odours, which are the prayers of saints.”

The golden vials represent the relative perfection of both parts of the of the nature of the Christed one. Such a divine servant senses the prayers and desires of the saints, or those who are pure in heart, following the highest they know. He then performs the duty of the name of Christ and reaches out to those who pray for more light and truth, and seeks to give it to them so they can advance to where he is. This is the true work of Christ.

Each of us can search for the gold (truth) within us and share it with those who are seeking. We do this to some degree in this group. It is our duty to listen to the prayers of the saints.

Here are the next two verses

“And they sung a new song, saying, Thou art worthy to take the book, and to open the seals thereof: for thou wast slain, and hast redeemed us to God by thy blood out of every kindred, and tongue, and people, and nation; And hast made us unto our God kings and priests: and we shall reign on the earth.” Rev 5:9

“And they sung a new song…”

The word “new” here bears examining. There are two basic words for new in the Biblical Greek. The first is NEOS which means new in the point of time. The second is KAINOS which has the same meaning as NEOS but with the addition that the thing is new in the aspect that it has never existed before. When Jesus talked of “new wine” he used NEOS, for wine had existed before the new wine. But all through the book of Revelation KAINOS is used which tells us of things that never were which are coming to pass.

When John therefore speaks of singing a new song he is speaking of a new creation, something that was not sung before. When God in Revelation says he does “all things new” it means he is creating that which has never existed in the past.

There is truth in the statement of Solomon that “there is nothing new under the sun,” but it is not literally true as evidenced by Revelation for there always comes a cycle where a new creation manifests that is different than any other in the universe.

How does this relate to us?

When the seeker contacts the soul, the Christ in him, he discovers new principles and knowledge that was never before seen by him and his whole being, higher and lower, sing with joy, a new song of thankfulness.

Now keep in mind that the song is new, not the repetition of that which is old. It reads:

“Thou art worthy to take the book,”

The fact that one discovers he is worthy when the Christ within is contacted is new to the seeker. All this time he saw himself as unworthy and now he sees through the eyes of Christ that he is sinless before God. This is a new and joyous revelation.”

…and to open the seals thereof…”

Soul contact reveals that he is worthy of unlocking knowledge that he thought was sealed to him and could only be given to prophets and holy men.

“for thou wast slain, and hast redeemed us to God by thy blood out of every kindred, and tongue, and people, and nation.”

The old self who saw himself as limited and unworthy is slain and replaced by the worthy Christ within. The great and new realization is that this blood (the life of Christ) is available not just to you, or holy men of the past, but all peoples, tongues and nations.

“And hast made us unto our God kings and priests…”

Those who discover the Christ within become a king of their own domain and universe. They no longer bear the mark of the beast where an outward authority (king) must give them permission to think or to act, but they have discovered the true authority within.

The seeker no longer goes to any Priest to make intercession with God, but he is his own priest and can contact the God within for himself.

“…and we shall reign on the earth.”

Spirit has always reigned in heaven, but now something new has occurred. When the seeker finds the Christ within, he discovers that the Christ in heaven has also manifested through him as the Christ on earth. Since Christ has all power in “heaven and earth,” he reigns through us on earth as in heaven.

A reader quotes me as follows: “There is truth in the statement of Solomon that ‘there is nothing new under the sun,’ but it is not literally true”

JJ: I am not trying to have it both ways and my beliefs do not collide here.

Even so there is truth in the statement that “there is nothing new under the sun.” And what is that truth?

It is true that history repeats many elements of itself so that no matter what happens there are some similarities to what has happened in the past.

The United States, for instance, has many similarities to ancient Rome and even more ancient Atlantis. Some look at the similarities and think there is nothing new going on because certain elements have repeated.

But not all elements have repeated. There is a forward cycle to all evolution and within this forward cycle there are certain elements that are totally new and never been externalized before.

Every new entity that comes to the earth is like any other entity in many ways, but in other ways it is new and unique, different than any other living thing in the universe.

Thus there is truth in Solomon’s truism, but there is also truth in the use of KAINOS in Revelation, or new things that have never before exactly been.

(1) “Words veil truth.” In other words, it is difficult to put a thought into words so its meaning is literally seen in every application.

(2) He also said that two sets of teachings from even masters may appear to contradict, even though they do not when seen from a higher angle.

“The truth is true and nothing else is true.” A Course in Miracles