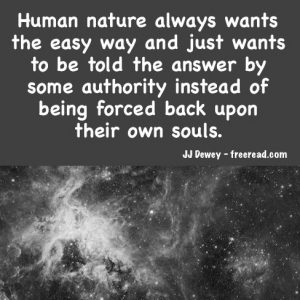 I started a series a while back discussing Trump and the rays which covered the first two. As we move on to Ray Three I think I will concentrate more on dealing with the political and esoteric Left and Right.

Each one of the Rays manifests as a duality. Here are the first two as they manifest in the political world.

(2) Love-Wisdom manifests as love of Truth.

The duality = focus on truth vs lies and distortions to reach goals.

We will now move to Ray Three

(3) Active intelligence responsible for the manifestation of beauty and form manifests as freedom.

Why is freedom the key word in politics?

Because all the variety of forms that we have cannot manifest in fullness without the maximum possible freedom.

And keep in mind form covers more than the physical seen with the eye. The U.S. Constitution is one of the great forms. Apple Computer is another as well as groups like the Red Cross.

Third Ray freedom dually manifests as focus on self-control by inner authority and initiative vs control by strong outer authority.

When discussing political principles I prefer to Left and Right rather than Democrat and Republican as both parties incorporate elements of the true Left and Right that leads to the Right or Left hand path. Left and Right also includes all the fringe political parties and groups.

I have already written a lot about the Principle of Freedom. Here is a link to a two part article making some essential points.

And here is one on the Principle of Freedom

I write a lot about this principle because it represents the battleground between the light and dark forces of the world. The Brotherhood of Light seeks to expand individual and group freedom whereas the dark side thinks that individuals are too inept to be trusted with freedom and must be controlled. The Right places maximum trust in the individual and the Left great distrust.

The Left wants a plethora of laws, regulations, controls, supervision, bureaucracy and strong central government whereas the Right seeks a minimum amount of these with decentralized government.

We all recognize that a certain amount of control, authority, laws and regulations are needed. It is an act of wisdom to see how much is too much or not enough.

The cornerstone to the masters approach to freedom is what DK called “occult obedience.” This plays out not through an authority such as a master giving commands and the disciple obeying. Instead the teacher assists the disciple in raising his consciousness so he can see the plan with the same vision as the master. When they both see the plan through the same eyes then the obedience will be to the plan, not to a person.

Here are some comments from DK on this principle:

Two questions always arise the moment the stage of discipleship is discussed: the problem of occult obedience and the nature of the vision. I would like to deal with these right at the beginning of any help which I may be able to give you. What is this occult obedience which a Master is supposed to exact? `Today, the Masters are dealing with the highly mental type of disciple who believes in the freedom of the human will and consciousness and who resents the imposition of any so-called authority. The intellectual man will not accept any infringement of his freedom, and in this he is basically right. He objects to having to obey. This is today axiomatic. Out of this fundamental question, lesser ones arise which I would like to cite. Has the disciple to obey the slightest hint which the Master may give? Must every request and suggestion be accepted? Must all that a Master says be accepted as true and infallibly correct? Is the disciple wrong when he refuses (if he does) to recognise the Master’s point of view and the statements He may make? Will the fact of Accepted Discipleship limit his freedom of opinion or choice, coerce his judgment and make him simply a replica in thought of the Master’s thought? These are questions of importance.

`The obedience required is obedience to the Plan. It is not obedience to the Master, no matter what many old-style occult schools may say. The obedience which is asked of you is based on your growing recognition of the Plan for humanity, as it emerges in your consciousness through the processes of meditation and through definite service, based upon a growing love of your fellowmen.

`The obedience demanded is that of the personality to the soul as soul knowledge, soul light and soul control become increasingly potent in the mind and brain reactions of the disciple. This whole problem of occult obedience would not arise at all if the rapport between soul and personality or between the disciple and the Master was complete and soundly established. The entire question is based upon the blindness and lack of knowledge of the disciple. `As the rapport becomes more firmly established, no fundamental divergences of opinion can appear; the aims of the soul and the personality blend and fuse; the objectives before the disciple and the Master become identical, and the group life conditions the service rendered by both of them. It is, therefore, the limitations of the disciple which prompt the question and his fear that too much may be asked of him by the Master and his soul. Is this not true, my brother? It is the holding on to your personality interpretations, wishes and ideas which leads you to draw back from the word obedience. It is your liking for yourself and for your own point of view which—literally and factually—makes you afraid of a too prompt acquiescence in the known suggestions of the Masters. I would have you remember that suggestion is all that a Master ever makes to a disciple, even though He may make positive statements about human affairs. These statements may be entirely correct; the neophyte, however, is usually too blind or prejudiced by his own individual point of view to accept them. Obedience can only be rendered when there is a developed understanding and an inclusive vision; if that is lacking, the passing of time will adjust the matter.