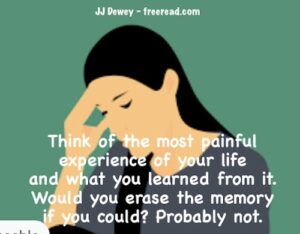 A reader comments that after a few days without food the discomfort of hunger goes. I’ve heard people say this before and perhaps for some it is true for them, but it certainly is not true for me.

I have fasted many times in my life and in each case the hunger increased every day and I had to use quite a bit of self-control to continue. When I fasted without food or water, I got thirstier every day also.

I’ll have to tell you a funny experience. A friend and I decided to go on a 10 day fast on water only and break it during the full moon. Near the end of the fast we discovered that we miscalculated the date of the full moon by two days. If we wanted to break our fast during the full moon, we had to go two extra days. Now going ten days was bad enough and let me tell you that the hunger did not subside after a few days as some fasting experts teach. But it was bearable because I had mentally accepted the difficulties of fasting ten days.

Those last two days were the most different of any fasting experience I have had. We were not psychologically prepared for going this extra time and it made this last period much more difficult than it would have been if we had decided to go 12 days to begin with.

Around the 11th day I went to visit my nephew and to my dismay his wife was cooking the best looking, best smelling cinnamon rolls I have ever witnessed in my life. She brought some to us and offered me one. I looked at them and I had never seen anything so beautiful in my life. Normally, I’m not that big on cinnamon rolls but these were different, perfectly made with an aroma that boggled the mind.

I explained to her that I was on a fast and asked her if she could please make another batch later on when I was not fasting. She agreed. Then I had to watch my nephew wolf down three or four of them. From that moment I started looking forward to a bite of those divine rolls.

Somehow, we made it to the 12th day, but as luck would have it my nephew and his wife started having marital problems shortly thereafter and wound up divorcing. As it turned out she never made me that batch of rolls.

To this day whenever I think of her bringing out those divine rolls my mouth waters. I have never seen food look so good in my life. Now I’ve cooked steak dinners for others when on a fast and had no problem, but there was something about those rolls on those last two days of the fast that I was not psychologically prepared for that really got to me.

Question: Didn’t Joseph say that if you just caught a glimpse of the lowest or telestial kingdom that many would want to kill themselves to get there? How could that be if we are already here?

This idea was mistakenly attributed to Joseph Smith in a speech by Eldred G. Smith in 1964, but there is no record of Joseph saying this.

If Joseph saw a vision of some other advanced planets in this physical universe, he may have seen places that were much more desirable than this earth. If he saw the lower astral he could have seen some benefits there that we do not have here.

An interesting point is the misquote says we can get there by killing ourselves whereas current Mormon doctrine says we do not go there after we die, but to a spirit prison or paradise and it would be a long time before we get to any kingdom, so killing ourselves would just delay any arrival to glory.