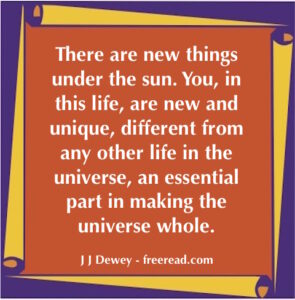 Question: Would you comment on the relation of the astral plane to the mental and the etheric to the physical? Do they both correspond in the same way?

The astral plane is created through an interplay of the mental and etheric planes. When humankind began to generate desire, the matter of the astral plane began to accumulate and has been developing for millions of years. The etheric does create a plane below it (in connection with the higher planes) and this is the dense physical which we are now in.

Question: Do the seven chakras correspond to the seven planes and where does the  astral fit in?

The first chakra (counting from the lower, upwards) is an originating source of power usually associated with the fourth ray, but sometimes the seventh or even the first depending on the situation and the evolution of the person. If I had to link this with a plane I would associate it with the Monad, our originating point.

The second chakra is the Sacral Center is usually associated with the seventh ray and is most closely linked with the physical plane.

The third chakra is the Solar Plexus is always on the sixth ray. This is most closely linked to the astral plane. When the astral plane dissipates the solar plexus will remain for the registration of reflected true feelings.

The fifth plane is the Throat Center, is on Ray Three and is linked to the lower mind. Humanity represents the throat center of the planet.

The sixth enter is the Ajna, the center between the eyes and is associated with the Buddhic plane and for the evolved disciple can see into the Atmic plane and sometimes higher.

The seventh chakra is at the top of the head which is linked with what is called the upper Triad of Atma-Buddhi-Mannas, or the upper mental, intuitional and the Atma/Spiritual plane.

Question: Are light and love eternal or are they created with a beginning and end?

Purpose is always eternally in existence because it does not depend on time and space for its perpetuation. Light and Love, as we understand them, are only in existence about half the time. When creation folds up in the great pralaya, light and love no longer exist in form, but continue as ideas in the mind of God. But then when a new universe is born they incarnate again.

The idea in the mind of God of light and love are eternal, but in manifestation they have beginnings and endings.

Question: You also said that love is a male energy and light is a female energy, but light being radiant, visible and sending seems masculine. While love is unseen and attractive like gravity which you said is a female energy. What is what and why?

What is male and female is relative to their position and how a particular energy is applied.

From our plane Love is generally female/magnetic and Light is male/radiant. But from other planes and situations the roles may be reversed. In the ancient writings the Holy Spirit, which is associated with Light, is called female. This is because it represents a magnetic light rather than a radiant light. It is a light that brings understanding through reflection.

Love has an active, initiating side which can manifest as male energy.

For general purposes it is best to think of Love as female and Light as male unless otherwise noted.

In this plane we have the three aspects manifest as the numbers 1, 2 and 3. 1 and 3 are male and 2 is female. But on other planes the polarity is reversed and the female dominates. In the etheric plane the female energy dominates in the deva kingdom.

Question: I’m open to whatever is next for me. Isn’t there a way to begin to and consistently learn through joy rather than pain? Is there a key to this? Or is it no pain no gain? Sounds like choosing hard, can’t we choose easy? If so what’s the key?

JJ: Most pain is caused by resistance to the soul or spirit. The key to making things easier is to tune into the soul and follow the direction which is given. When it is not followed pain will always follow. Before the seeker is able to do follow the Inner Voice, however, he will suffer many times for either not tuning in correctly, or ignoring the it.

When he is one with the soul that which is painful to others is not painful to him, but will have a continued sense of inner peace.

You will note that the only pain expressed by Jesus was when he temporarily resisted his Father’s will just before the crucifixion. The more evolved the entity the stronger will be the pain of resistance to his Source.