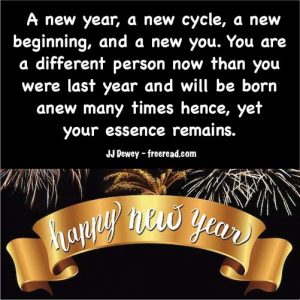 A new reader comments: JJ, your words on energy appeal to me – a lot. I have been thinking about them and in my mind a picture has begun to develop. But something is missing – I hope someone out there has an answer that will spark something with me – and lead me to MY truth.

JJ: Thanks for giving an intelligent response. Perhaps my comments below can fill in some of the gap, or you can give additional details as to where you sense the missing point to be.

A Few Additional Comments on Cycles:

It’s funny that I often teach material that I have found in no book and then later I will find a subtle statement from DK, the scriptures or other inspired writings.

Several have questioned the teaching of seven lives or cycles of lives. Here is something I have just found from DK

“In the course of his many septenary lives, and as the cyclic sevens pass over him, man passes under the influence of the seven sub-rays of his own Ray. Then he begins to synthesize and merge the seven into the major three sub-rays, returning thus to unity on his own egoic Ray.

“First. The septenary status governs the time from individualization till he enters upon the Path.” Treatise on Cosmic Fire, Pg 510

This is amazingly close to what I have taught. That is, the cycles of seven lives govern until “he enters the Path.”

After this, I noted that a greater cycle then governs, but I do not think DK spoke of this.

Reader giving quotes: “Under the particular type of cyclic force emanating from the Lodge, the high water mark of its activity is to be found once in every seven cycles. All that originates on that Ray is controlled by spiral-cyclic efforts based upon the number 10 and its multiples, and finding its highest cyclic vibration, as it happens, during the last quarter of each century.” Treatise on Cosmic Fire Pg 1036

Notice that he talks of a high water mark occurring “every seven cycles.” Using the Law of Correspondences this would apply to other cycles also such as male-female energy.

He also gives evidence that the rays with which we are endowed are based on cyclic activity and need.

“The ray in manifestation will affect potently the three bodies which constitute the personality of man, and the influence of the ray will produce changes in the mind content and the emotional nature of the man and determine the calibre of the physical body.” Esoteric Psychology Vol 1 Pg 4

Then he says “After the cycle of lives in which the mental ray varies from life to life, there arrives an incarnation wherein the ray of harmony through conflict dominates; then the disciple is specifically put to the proof and is tested and tried in order to demonstrate to him the gain or the non-gain of the past cycle of living experience.” Discipleship In the New Age Vol 2 Pg 735

Here he tells us that a “cycle of lives” governs a fluctuation of the mental ray and after this cycle we move to the ray of harmony (Ray 4).

The he states: “Cyclic appearance, therefore, governs the rays as well as the Kingdoms in nature and the forms contained therein. It determines the activity of God Himself. Races incarnate, disappear and reincarnate, and so do all lives in form. Reincarnation or cyclic activity lies behind all phenomenal activity and appearance.” Esoteric Psychology Vol 1 Pg 267

JJ: That last sentence just about clinches my point.

The previous reader wanted clarification on these statements I made:

“The physical body we see has close to zero charge. It is the combination of the true physical body – (the etheric body), the astral body and the mental body all combined together that create the total charge.

“You cannot look toward just one of these three to find the dominating charge. The astral body and etheric bodies are the greatest influence, however.”

JJ: The astral body has the greatest influence in that it registers the total charge and uses desire to amplify or suppress its reality. The etheric double of the physical body carries the most potent natural charge, if we discount the power of amplification due to desire.

Let me repeat that this charge is not directly related to the sex drive. A gay, for instance, can be close to zero charge yet have a high sex drive due to a healthy vital body.

Reader: It seems to me that you are not educated in astrology…

JJ: I have studied astrology and was a professional for a time.

Of course, astrological energies have their influences, in addition to the charges of our bodies. The heat and cold of night and day also affect us, but it certainly does not discount other influences.

Reader: I could provide a more detailed assessment of your chart if I knew the exact time and location of your birth – I am curious as to what is your Ascendant.

Someone brought up wands and  scepters in relation to Christ,

Early pictures of Christ show him with a wand or scepter that he used in healing.

There is an interesting article HERE

I have not written about wands before but if you look up the word “rod” or “scepter” in the archives a few things should come up.

“To the poet, to the philosopher, to the saint, all things are friendly and sacred, all events profitable, all days holy, all men divine.” Ralph Waldo Emerson (1803 – 1882)