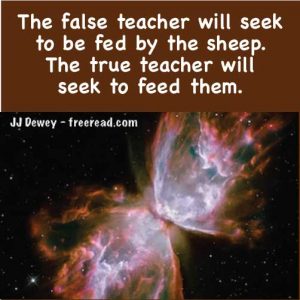 We have covered some of the accusations against Alice A. Bailey, but I will be the first to admit that we have not covered them all. Nevertheless, we have answered enough groundless distortions to illustrate to the reader that if there is evil involved here, that it lies in the heart of the accuser and not the accused.

Concerning any new philosophy, doctrine or movement the advice of Gamaliel relating to the early Christians is forever true:

“And now I say unto you, Refrain from these men, and let them alone: for if this counsel or this work be of men, it will come to nought:

It cannot be overthrown.

The principles taught by Alice A. Bailey are supported to me by inner soul confirmation and as such I know the power behind the writings will not pass away, for many of the words are eternal words, and such eternal words which teach true principles cannot be destroyed, but will only grow as good seeds in the minds of humanity.

The teachings of Alice A. Bailey will not pass away or be overthrown, but a thousand years hence will be accepted by a large percentage as the greatest light revealed in the twentieth century.

Many are quick to call that which is not understood or different as evil only to later discover their folly.

Having been a student of the Bailey writings since the mid 1970s let me present to you several teachings which I have embraced which I consider to be on the side of the “good.”

(1) The writings teach that we should trust the inner voice of the soul, or Spirit, rather than the outer voices of orthodox authority.

(3) Light and understanding. I find the writings good because they enlighten my mind and increase my understanding of spiritual principles, the love of God and myself. They reveal a tremendous amount of new knowledge that was hitherto unknown.

(4) The Teaching of Principles. The real test of an inspired work is that principles will be revealed and expanded rather than merely giving out data that may or may not be true. A principle can be recognized by the soul whereas data is difficult to prove or disprove.

(5) The Principle of Harmlessness. Most religions teach a degree of harmlessness and even the critics of Alice A. Bailey believe it to a degree, but the writings give a new depth of meaning to the principle. If we are harmless in word and deed then the negative effects we produce are negligible and we can thus become an agent for the good, the beautiful and the true and become a master in the world of causes.

(6) The Law of Correspondences. “As above, so below, as below so above.” (but with subtle differences) Learning more about this has lead me to many new avenues of truth. The Bailey writings prove themselves again and again by inviting the reader to test them with this law.

(7) The Revelation of the Seven Rays. The Bailey writings give a wealth of information on the seven creative rays, corresponding to the “Seven Spirits before the throne of God.” Their meaning and the various levels of correspondences are explored.

(8) The Revelation of the Nine Initiations. When a disciple has achieved a certain level of accomplishment he receives a recognition by the Spiritual Watchers. This recognition of achievement of spiritual development is called an initiation, for the seeker through his various struggles has achieved a new plateau in consciousness, control over the lower nature, and power to serve.

(9) The Revelation of the Masters of Wisdom and the existence of the Kingdom of God.

These Masters are individuals of high accomplishment who have overcome death (from our point of view) and work directly with Christ who is their teacher and Master. These are called “holy men that ye know not of” in the Mormon scriptures and have achieved a “better resurrection” as taught in the Bible.

(10) The Doctrine of Eternal Progression. Past teachers have merely scratched the surface on this teaching but the Bailey writings explore the future of our progress as well as our past in more depth than any other writing in existence.

So do these and other writings which seem to be good really have an inherent evil behind them that I am unable to see after decades of study?

I do not think so.

To find such evil one would have to be like the Pharisees in the days of Jesus:

And if Satan cast out Satan, he is divided against himself; how shall then his kingdom stand?

And if I by Beelzebub cast out devils, by whom do your children cast them out? therefore they shall be your judges.

“Ye shall know them by their fruits. Do men gather grapes of thorns, or figs of thistles?

A good tree cannot bring forth evil fruit, neither can a corrupt tree bring forth good fruit.

Every tree that bringeth not forth good fruit is hewn down, and cast into the fire.

It is interesting that Alice A. Bailey is one of the few teachers in our history that critics have failed to find much fault with. She lived an exemplary life of service with no apparent motive for power or wealth.

Those who are attracted to her writings are usually intelligent, loving people with a desire to be of selfless service to humanity.

The Bailey writings have a much more powerful influence for good than many suspect. At this point in history they are mainly intended to be understood by the few who will teach the many.

For example, the initiate Napoleon Hill was a student of the Ancient Wisdom and was directly contacted by the Masters. During the depression he gave advice periodically to President Roosevelt and on one occasion he told him a Bailey teaching that struck a chord with him:

“There is nothing to fear, but fear itself.”

Roosevelt picked this up and related it to the nation turning the tide of the Great Depression. Definitely a good thing.