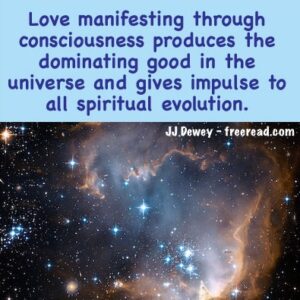 Our LDS friend said he believes that the earth will shortly be transformed and raised to  a higher spiritual plane.

The LDS, as well as most Christians, believe that there will be a great spiritual change when Christ comes. Either the earth will be changed into a paradise like Eden (after great destruction of the wicked) or the righteous will be taken to some paradise after the earth is destroyed where the wicked burn in hell.

This will not happen as expected (and the future will bear me out on this) but there is a seed of truth in part of this.

If the disciples of the world do their part then the earth will be turned into an Eden compared to what it is now or 2000 years ago when the predictions originated. In fact, the quality of physical life is an Eden today in the wealthy nations compared to life 2000 years ago. Imagine transporting one of the disciples of Jesus into our age and taking him to supermarket where he could buy products and produce from all over the world. Then take him for a ride in a car and plane. Next take him home and show him how you cook on an electric stove and in a microwave. Finally settle down with him and watch a football game and movie on TV.

This disciple would be amazed indeed and may feel he has entered a paradise beyond that which he imagined existed.

But, if we do not blow ourselves up first, this is just the beginning. A couple hundred years of additional progression will make tremendous progression so eventually all the world can have relative abundance and become a paradise compared to times past.

What about the great spiritual difference that is supposed to come when Christ comes? Aren’t we getting worse spiritually rather than better?

It is an illusion that humanity, as a whole, is deteriorating spiritually rather than progressing. Those who think so are not examining the evidence of history.

Let us look at the practices of ancient Israel who were more advanced spiritually than their neighbors.

After they conquered their enemies they often completely destroyed all the men and took the women and children as wives or slaves.

If they had a disobedient child who did not behave it was within the law to kill them to eliminate the problem.

Killing gays as well as witches was commanded.

If someone disobeyed the Sabbath they were to be put to death.

Having sex with your daughter and polygamy was no big deal.

Women were seen as property and had few rights.

Now this was the condition of the righteous. The neighboring countries were much worse. They sacrificed children to idols, and tortured their victims with much more cruelty than the Israelites, who merely killed their enemies.

Up until a few hundred years ago all wars were wars for conquest where the winner sought the property and land of the conquered. This changed in the 20th century. In World Wars One and Two all the democratic winners wanted was for the subdued nations to behave themselves. After World War Two we left West Germany, Japan and Italy much better off than their original state while not stealing their land or taxing them. Later we did the same thing with South Korea.

This is unprecedented progress for humanity.

DK makes the interesting point that the Red Cross, that we take for granted, is an organization that could not have existed just a few hundred years ago. This and other benevolent organizations can only exist today because of the advance in the spiritual consciousness of humanity as a whole.

Now admittedly, there are always a minority of the human race who are of a low spiritual order and are capable of as great of atrocities as the worst of them from the past. Saddam Hussein grinding up dissidents in a meat grinder or dipping them in acid for entertainment is a good example. But, overall, humanity has moved forward spiritually, not backward.

That said, the progress continues and when Christ comes again he will take the most advanced of humanity and teach them. These will be the seeds of the new race, the sixth root race or the consciousness of the terrestrial or paradisiacal glory. This sixth root race will be gathered and synthesized out of all the races and is more related to consciousness than it is physical features.

It will take thousands of years for this paradise through higher consciousness to reach its apex as it spreads throughout the earth. As this consciousness progresses there will be a great increase of communication with the lives in the higher ethers and the spirit world.

Then, several million years in the future the final race will appear which will be the divine hermaphrodite, the merging of male/female energies. This will inaugurate the celestial consciousness of the earth where the inhabitants will seem like Gods compared to humanity today.

Question: If ETs are so advanced then wouldn’t they be far ahead of us spiritually and be in touch with angels and divine spirits?

Remember this. Cortez and his men were much more advanced technologically than were the American Indians, but which were more advanced spiritually? Cortez gave them cheap beads. They gave him precious gold. They shared, he plundered. Even so with ET’s. It is entirely possible that many of them are not that spiritually advanced – unless they have mastered the spiritual technology necessary for interstellar flight where they can materialize or dematerialize in the physical. This takes a high degree of spiritual evolution to accomplish.

It is not the job of ETs to teach us or to save us. This must be accomplished by humanity itself and teachers who evolve from humanity. Those who are expecting a fleet of spaceships to show up and save us from ourselves are deceived. Before there can be any public interplay with ETs we must first reach a much higher degree of spiritual progress. If we get in a crisis, we must fall back on the teachers of the race guided by the Spiritual Hierarchy of Christ and his disciples.

The higher planes of our own world affect us, but the fanciful other universes and dimensions has about as much direct effect on us as the Andromeda Galaxy presently has on your consciousness – which is negligible.

All lives wherever they are working are on their next step in progression just as we are.

Question: Who are they (the ETs), theologically?

Who are we? The answer is the same.