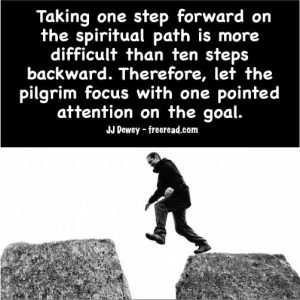 With visualization (a female power) you can see what is already created out of more refined matter, or images that are presented to your consciousness by a higher part of yourself or some inner teacher.

With imagination (a male power) you create and manipulate more refined matter and mold it according to your desires or the instructions of your Higher Self.

Once a thing is properly created through imagination then it exists independently in higher vibration and can be seen by a person with good powers of visualization. Then too, he who successfully creates with imagination gains greater power to visualize when that which is created has a life of it’s own.

If you cannot visualize all the steps in getting to the New Jerusalem do not let that stop you from concentrating on creating your room. You can backtrack later and get down the rest of the visualization.

It is fine that you put a window in your room and it doesn’t matter where it is. Decorate your room however you like it. When you want to contact your partner you can keep the window there or make it disappear and replace it with a regular wall if you want.

The important thing is that you start creating in your room and that you start with the energy that comes easy for you whether it be visualization or imagination. We will need both these male and female powers to create the intended baby here.

We need imagination to create the form and visualization to hold the form together.

Also keep in mind that some males will have greater powers to visualize and some female will have to start with imagination. Generally, the females will be better at visualization, but because of our life experiences this is not a hard and fast rule. There are exceptions to almost all things in nature.

So Alex and the rest of you – if you have to create and put in details by using your imagination – go ahead. This is the start of a creative process that can construct images that the female power to visualize can see and experience.

The only thing in this visualization that is already in existence is the New Jerusalem you see from the outside and the Master you meet inside. From the starting point of your room you will assist in the creation of a mansion in the Father’s House.

Jesus said: “In my Father’s house there are many mansions: if it were not so I would have told you. I go to prepare a place for you.” John 14:2

Not only can the Master prepare a place for us but we can participate in preparing one for ourselves and others. If we are to become Sons and Daughters of God we must also learn to prepare “a place.”

Each time you visualize or imagine the meditation you do not have to take the journey from the beginning. Once you get the essence of your room down you can see yourself instantly transported there as you begin the meditation.

Do some more work on the three walls covered so far and trust me for the moment on the future self. It may sound fantastic, but let me assure you that you have one and certain types of contact are possible.

As you begin to sense the presence of these people the wall fades away and you walk toward them and join then in an unbroken circle.

“To draw my room you would need at least 20 square acres.”

Even though this may seem to be far from what many thought was the goal of our rooms this thought illustrates individuality and creativity. There is no right or wrong about what you can have in your room, how big it is or what the shape is.

If you have six walls and I guide you through four walls then you must use your imagination to make things work. Either transform your room temporarily into one with four walls or use four of your six walls. The fact is that this is your room and you are to create it to serve your purpose and desires..

I understand that some of you are not participating at present. That is fine. You may or may not want to join in later. If you have reservations do not force yourself. I would encourage some experimentation as time goes on and curiosity may be aroused.

I received a question around the teaching that we repeat our past evolution in miniature until the age of 21 and then we painstakingly go on to learn one or two major lessons. Do not many make major advances after the age of 21?

Several of you were wondering around this train of thought. It does seem to many of us that we made a big jump in evolution after the age of 21, perhaps even into older age.

Tracy makes a statement that seems to indicate this is true:

“If it’s not, then just call me Abby (Normal)! I was almost totally uninterested in matters spiritual until around age 28, at which time I practically lived at this bookstore called East/West Books in Menlo Park.”

I also have experienced great changes in my belief system and thought processes after the age of 21, but what we need to understand here is that a change in direction, belief or thought process toward what seems to be the light does not indicate a leap in spiritual evolution.

Gaining much knowledge does not indicate advance in spiritual evolution.

True steps in evolution are often difficult to perceive and often read incorrectly.

For instance, a person may go from an orthodox belief in God to being an atheist and actually make progress upon the path in the process.

All his believing friends will judge him as retrogressing believing they are progressing while the truth may (not always) be just the opposite.

Perhaps the God he is rejecting is a very illusionary one and no God for a period of time is nearer the truth than one who is more like a devil with great authority.

“But aren’t we making a giant step in evolution when we move ahead in the discovery of real truth?”

Answer: It is not the discovery of truth that is an indication to you evolution. Instead it is your power to perceive truth and act upon it.

You may have had the same quality of perception of truth when you were twenty-one as when you are forty, but the only difference between then and now is that you now have a chance to test that perception.

This concept I am teaching is also borne out in my studies of handwriting analysis. From the age that the person learns to write and the age of twenty-one there is always (especially in evolved souls) many changes in the handwriting indicating evolution of the personality, feelings and mind. Then from the age of 21 until death there is very little change of intelligence in the characteristics of the writing.

The person may say: “At the age of 38 I had a life changing experience that caused me to take a much more enlightened path.”

Yet I look at the handwriting and there is virtually no change in intelligence.

Don’t get me wrong, we do grow in intelligence after the age of twenty-one, but this growth is very much slowed compared to advancements before that age. We usually learn no more than one major lesson in each life, even though it may seen that we learn many. Outside of this one major lesson we generally are just relearning and perfecting past lessons.

Let us use the book, The Immortal, as an example here. Many have said it changed their lives. The thing is that this book may not have been available when you were 21 so it couldn’t have touched you at that time, but if it was and a friend told you _ “here read this, it’s a great book!” there’s a good chance you would have perceived as much truth in it then as now.

The forty or fifty year old has more knowledge and experience to draw from than does the 21 year old and this can sometimes give the illusion of greater spiritual evolution, but remember the real key here is your ability to perceive truth.

To give yourself a real test at say 50, in comparison to your evolution at 21, you would have to forget everything you have learned since the age of 21 and then test your perception of truth against your younger self.

We kind of get a chance to make comparisons when we are reborn with no memory. In life B did we progress any faster than we did in life A? That is the real test. As we go out of incarnation and we compare our last two lives we can then see if we have made any real progress.

As for myself, I have probably had as many life changing experiences and periods of enlightenment as most people have, yet I can see that my basic intelligence has grown at a painstakingly slow rate. I can see that if what I know now was presented to me at the age of twenty-one I would have probably accepted it after some soul searching. Even so, I personally had to learn my one major lesson before the teachings I have can be successfully presented. I hope that I have learned it well.