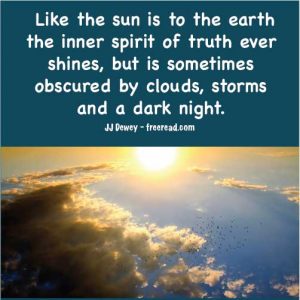 The Son of Man, who is the Son of God sat in counsel with the Great Ones. One stood and spoke. “This is the time of year they have chosen to remember your birth and some of your message. As before, lower thoughts and feelings pose obstacles to seeing the living Christ in you and themselves. This year anger seems to be the keynote for distraction. Go sample the minds and hearts of the people and let us see their potential.

The Son thus looked upon the world and indeed felt the anger of many which was also accompanied by frustrated desires. He tuned into that anger and one representative soul came to view. The Son penetrated his consciousness and asked, “Why are you so ill at ease, my friend.”

The voice replied, “My son, you will never be happy if outward circumstances control your state of mind. When I was on the earth both the political and religious leaders were far from my ideal, but I did not let them disturb my peace. Those with whom you disagree have sincere beliefs as do you. See them as your brothers and love them or your anger will create a hell for you right here on the earth.”

The man considered the way of peace, but did not commit.

Next the Son looked upon the devastation from hurricanes, floods and fire and saw many were angry for the loss of their possessions. He visited the consciousness of one who lost his home to fire. “Peace be unto you,” he said.

“Peace! How can I have peace when I have lost everything,” the man replied.

“But you have not lost everything. You still have all those things that you will take with you when you leave this life. These are the important things. Think upon what they are.”

The man thought about his wife, his children, his friends and the love he had for them. He also thought about the freedom he had to begin a new and make a fresh start. Then the Son spoke again, “Focus on your love of others, for you will take the quality of love and freedom with you, but not your possessions.”

The man shifted his focus from temporary possessions to the permanent and replaced his anger with hope.

Next he looked upon the many females who had been harassed or abused by men. He saw that much suppression from the past had bottled up emotion that was now being released. He tuned in to an angry lady venting herself on social media. “You could have peace instead of this,” he said.

“I do not want peace, but revenge,” was the reply.

“It is good to expose wrongdoing and to stand up for what is right but this can be done without being consumed by anger. Behold the consciousness of a man who abused you.”

In that instant the lady’s mind became one with her abuser and saw everything through his eyes and felt his feelings. He was indeed living a miserable existence. When she returned to herself the voice asked, “What do you feel now?”

“I feel pity for that poor soul.”

“All those who do harm are mislead souls that reap what they have sown. Do not participate in their error; release your anger and live in joy from this moment forward.”

It was difficult but the woman shifted her attention to the way of peace.

The Son returned and reported to the Ancient Ones, “Indeed there is much anger in the world, but it is an anger that has been suppressed and is now being released. The people must learn to release it harmlessly while keeping the spirit of love and peace in their hearts. Come stand with me and let us direct our thoughts to those in need of peace. These are the words that were spoken:

“Oh, ye sons and daughters of God, remember who you are. Let your anger flow back to its source and let love and hope and faith weigh supreme in your hearts. Let goodwill spread from one to another as the flame of passing candles. Let love prevail.”