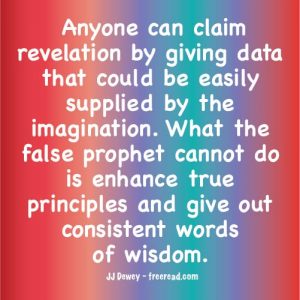 If you enter this void wherein dwells Harry the bug where are you? You are in a place that is no place, no karma, dualities, no time, no form and no space. If you try and look down (if that were possible) would there be a bottom? No there would be nothing – no bottom and therefore a bottomless pit.

The point between the dualities of creation is a place wherein lies the Purpose of God which is very real and as DK said it “is not that ‘which is not,’ but simply that which is esoteric.” And as we know the word “esoteric” means hidden.

The beast from the Book of Revelations has his home in the bottomless pit because his creations are from a true void of nothingness. They are not even real to people in the world of duality once they cease to fear illusionary authority.

I personally do not see any evidence that those who want us to dwell in the void really want to do so. They tell us that this desirable void is beyond dualities yet they speak of nothing but dualities in their posts when referring to their beliefs.

(1) A believer mentions she is sad. Happy-sad duality #1.

(2) She talks about the void setting us free. Duality #2 Free/slave

(4) A believer speaks of courageous authors that are admired. Duality #4 courage/cowardly

(7) I am accused of defiling the void. As a side note I do not know how to defile that which does not exist. Duality #7 Defile/holy

(8) Believers speak of “being.” Duality #8 Being/becoming

(9) Then there is mention of choice. Duality #9 choice/no choice

(10) I am called “earthbound.” Duality #10 earthbound/spiritbound.

(11) I am criticized for writing fiction. Duality #Fiction/nonfiction.

Note: James Redfield’s Celestine Prophesy books are admitted to be fiction even though this is not admitted in the book itself. If the God of the universe was not speaking through Neal Walsch then that is also fiction even though he claims it is 100% true as is spoken by God.

(12) They speak of consciousness. Duality #12 Consciousness/unconscious….

I could go on. My question to believers is this.

How can you claim to be one who dwells in a void with no dualities when every belief that you expound upon is full of dualisms???

Most seekers believe the maxim that energy follows thought. Since all believers’ thoughts are centered on duality then the energy must also be in duality with them just as much as the rest of us.

Since many believe duality to be a perception that you have risen above and beyond what do you do when you are driving and come to a fork in the road? You obviously cannot turn left or right for to do so would be to perceive duality. Do you therefore just proceed straight ahead full speed and slam into the tree?

Some have quoted an interesting scripture about God.

Alpha and Omega, Beginning and End are terms of duality as much as positive and negative or night and day is.

In defending the void idea a reader said:

My dictionary defines “response” as follows:

“A reaction, as that of an organism or a mechanism, to a specific stimulus.”

Some keep bringing up the subject of the void, beyond duality in which we should plunge. But to bring up this subject of oneness beyond duality again and again at the irritation of many does seem to show a strong attachment to one’s own ideas and even beginning students of metaphysics learn that non attachment is a necessary step in liberation. The ironical thing is that those who seem most attached to making this the main topic of discussion in this group are always attempting to teach us the virtues of non attachment.

The Master DK tells us that one of the last and most important things a disciple must learn before he becomes a usable tool in the hands of the Hierarchy is to master irritation. He explains that this is not irritation as most generally understand the term, but an irritation caused because other seekers do not accept their point of view.

Now several in this group have attempted to enlighten us again and again on their point of view and the rest of us do not see it exactly their way. So instead of allowing us to have a different view they bring this subject up again and again. What is the reason for this? Is it some lack of acceptance of a difference of opinion and does this difference of opinion present an irritating thorn in the side that must be pursued until the thorn is removed and we all finally see as they see?

So why does this oneness thing keep coming up?

Then if we mention dualistic words that are impossible to avoid, something clicks in the minds of the “beyond duality” people. They seem to have this irritation fomenting within them and seem to be saying to themselves: “these poor unenlightened souls – they would not be using words like good and evil, light and dark and so on if they just could see oneness as I do. I must attempt one more time to enlighten them.

The problem we have here is that as long as this group survives dualistic words will be used over and over and thus as long as the “beyond duality” group feel this irritation and non acceptance of such words they will be impressed to correct the rest of us again and again.

Let go of this attachment to repeated correction on this subject for there will be no end to it until we allow others to speak in dualistic words and terms if that best serves their ability to communicate.

Even God in the Bible had to use the dualisms of Alpha and Omega, Beginning and End to describe Himself.

So let me herewith warn all group members. Dualistic words will be used in almost every post. They are necessary terms of communication in this reality. Just because we use them does not mean that we do not understand the midway point between the dualities. I believe most group members have some concept of it and have had enough enlightenment on it to allow them to survive for now.

This subject of duality and oneness has been talked about more in this group than any other subject even though it has never been an official topic of discussion.

The time may come when it will be an official subject and I hope then to cover it in detail and at that time comments on it will not be a distraction. Until that time comes let us let go of our attachments to this subject, make our final posts, and move on.